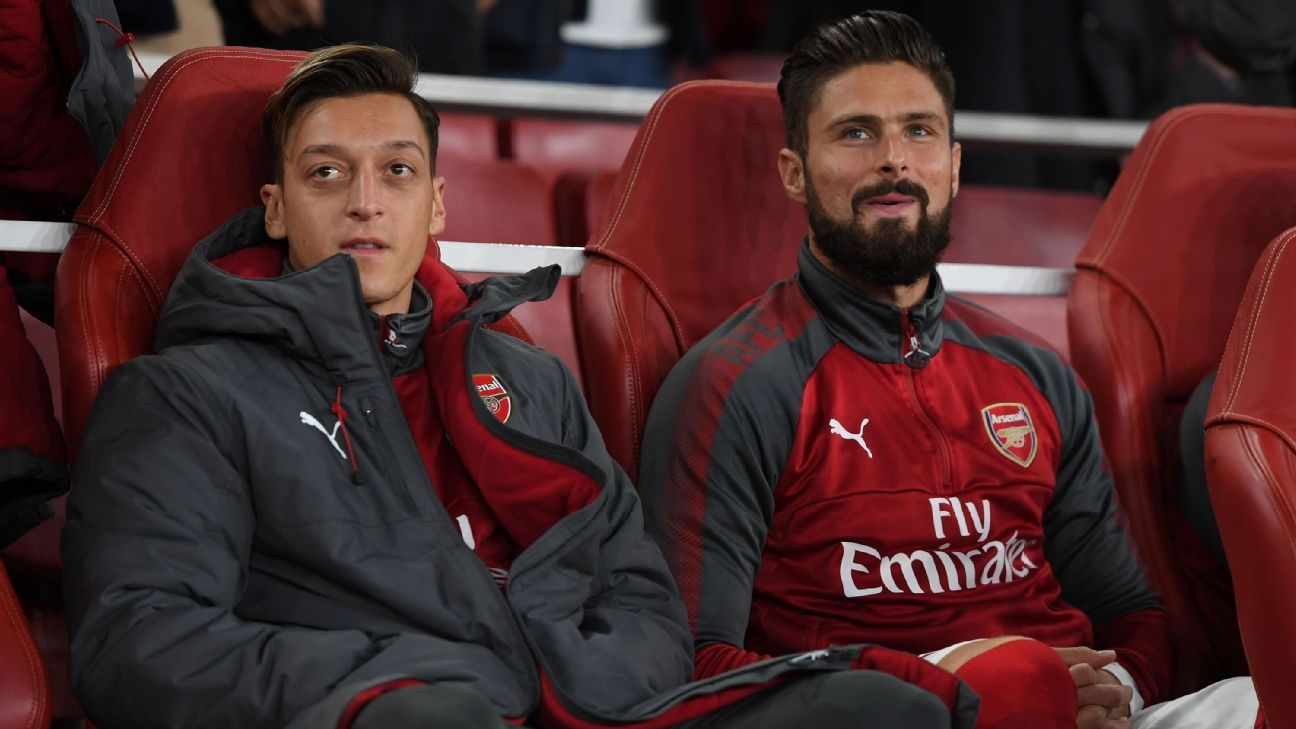 
It’s hard to figure out which Arsenal will turn up these days. Is it the team which lost 0-4 so atrociously at Liverpool or the one which played with fire and fight at Stamford Bridge and has now clawed its way to within a point of the top four?

Is it the fragile team we saw in the first half against West Brom on Monday, or the commanding slick unit on parade after the break?

The truth is nobody really knows. Not the manager. Not the players. And certainly not the fans. The intensity Arsenal displayed in an acid test game at Chelsea was in defiance of their many critics who expected another wipe-out.

Right now, of course, they are succeeding without Mesut Ozil in the starting lineup. His exile is a sign at last that Arsene Wenger is listening to good judges like Steven Gerrard who say the German can be a “liability” in tough games, so languid is his approach. Tracking back? Sometimes it looks like a distant rumour to Ozil.

In other words, for all his clever creative passing, he is a luxury the Gunners can’t afford when they are up against it. A player like the Egyptian Mohamed Elneny, outstanding in Monday’s win over West Brom, may not have Ozil’s silky skills, but his energy and diligence are qualities Wenger desperately needs.

It’ll be fascinating to see if Ozil returns at home to Brighton on Sunday when his ability to pick the locks of a tight defence might make him a more enticing selection. But In more general terms, the trick now is for Arsenal to show true grit on a consistent basis, regardless of the assignment.

Dropping Ozil is a sign that the exceptionally stubborn Wenger is prepared to change, and perhaps he knows deep down that he needed to. The failure to qualify for the Champions League for the first time in two decades should have come as a wake-up call.

Yet even amid the cacophony of protests from a large section of Gunners fans, Wenger clung to power despite admitting he “hesitated” before signing a new two-year deal. That admission was telling, a sign that perhaps the manager was starting to doubt himself.

The board, sensing the natives were restless, sent their manager into this season with instructions to make sure Arsenal were at least in the title race. After a run of improved results, that is still just about possible.

But you will not find many pundits prepared to gamble even with other people’s money that Arsenal could be champions ahead of the Manchester clubs and Chelsea. Realistically a return to the top four would probably suffice.

For that to happen there has to be a new stone-faced Arsenal, a hard, determined unit rather than the flimsy outfit which has been unprepared to do the hard ugly yards in too many games.

The Chelsea display has to be a template and benchmark going forward. That performance showed that Wenger does have the players to swap blows with the top clubs. Nacho Monreal, in particular, has embodied the spirit required for the Gunners to be contenders.

We will watch with interest to see if Arsenal can recreate the spirit of Stamford Bridge every single week. Nothing less will do.

The criticism of Arsenal has been both fair and justified because Wenger & Co. have frequently fallen short since the days of the Invincibles 13 years ago. That’s why Alexis Sanchez and Alex Oxlade-Chamberlain wanted out, even though only one of them got his wish. It is up to the players that remain to show they do have the character and bottle to shock their many detractors.