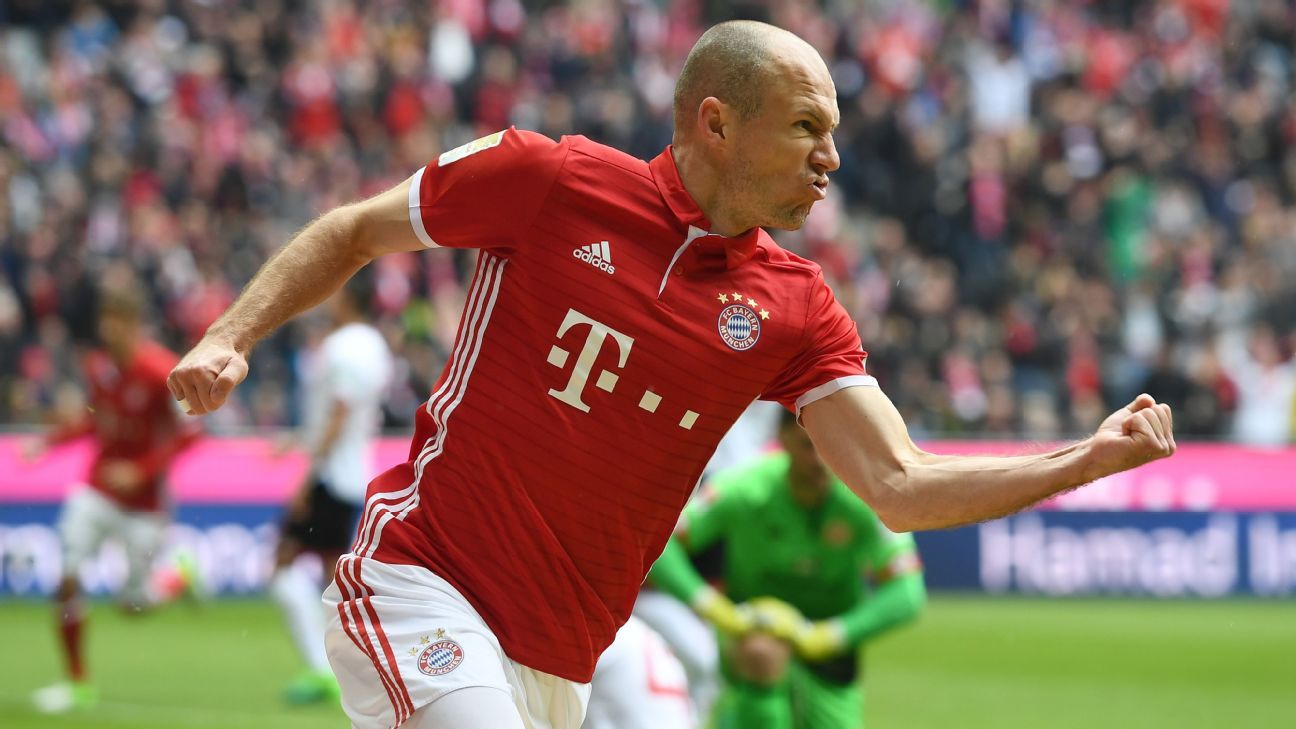 
Bayern Munich winger Arjen Robben will miss this month’s summer tour of China and Singapore through injury, the club announced on Wednesday.

The Netherlands skipper, 33, injured his right calf while playing tennis on holiday and will remain in Munich to work on his recovery.

Bayern fly on Sunday to Asia for their third preseason tour of the continent, the day after taking part in a four-team Telekom Cup in Monchengladbach.

Bayern move on to Singapore to face Premier League leaders Chelsea on July 25 in the International Champions Cup, before completing their Asian trip with a game against 18-time Italian champion Inter Milan.

Both of Bayern’s first-choice goalkeepers, Manuel Neuer (broken metatarsal) and Sven Ulreich (elbow), will also sit out the tour to continue their recovery from injury.

However, Bayern’s new signing James Rodriguez will be part of the touring party after joining from Real Madrid on a two-year loan deal with a view to a permanent transfer.

Meanwhile, despite the high-profile addition of the Colombia international, Bayern CEO Karl-Heinz Rummenigge said the club is intent on keeping the club’s transfer options open over the summer.

“The transfer window is open until August 31 and I’m not ruling out any transfers in or out,” he said at a press conference on Wednesday.

“At the moment we have nothing planned but there’s a couple of players who are still mulling over whether they are getting enough minutes and may go out on loan.”

Rummenigge said on Monday Bayern could allow 19-year-old Portugal midfielder Renato Sanches to leave for a year on loan after a disappointing debut season, while ex-Arsenal winger Gnabry, who only joined the club last month, also hopes to leave on loan to gain more playing experience.

“There are a lot of clubs interesting in taking Serge on loan,” Rummenigge admitted.