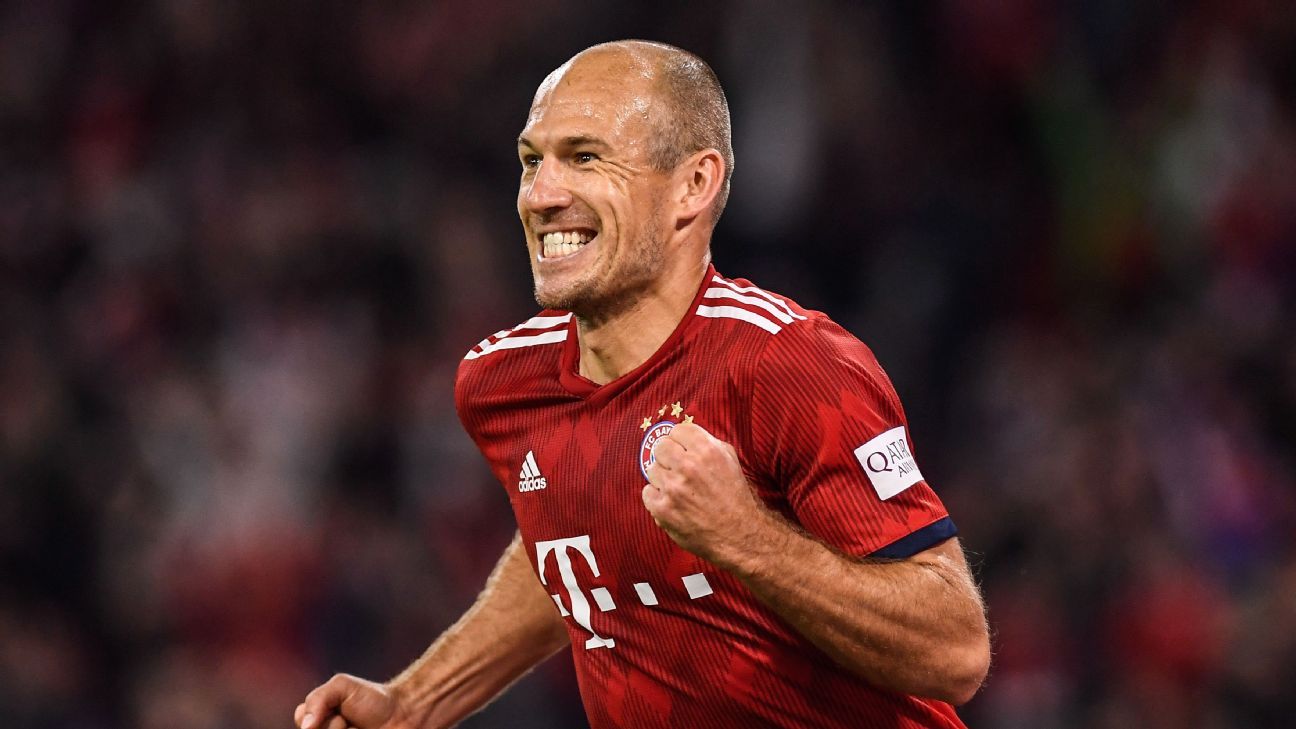 
PSV Eindhoven and Groningen are interested in bringing winger Arjen Robben back to the Netherlands when he leaves Bayern Munich at the end of the season.

Former Netherlands captain Robben, 34, said at the weekend that this would be his final season at Bayern after 10 years with the Bundesliga champions.

He has yet to decide whether he will end his playing career or continue at another club, and Groningen and Eindhoven, two of his former sides, have set their sights on a move.

“It would be the ultimate dream if he were to join us and retire from football here,” Groningen CEO Hans Nijland told Dagblad Noorden. “We should at least dream of it.”

Eindhoven have also confirmed they are interested in Robben, who joined them from Groningen in 2002 before leaving for Chelsea two years later.

“We are always interested in good players and Arjen is a good player,” Eindhoven coach Mark van Bommel, a former teammate of Robben’s at Bayern, said at a fans’ meeting this week.