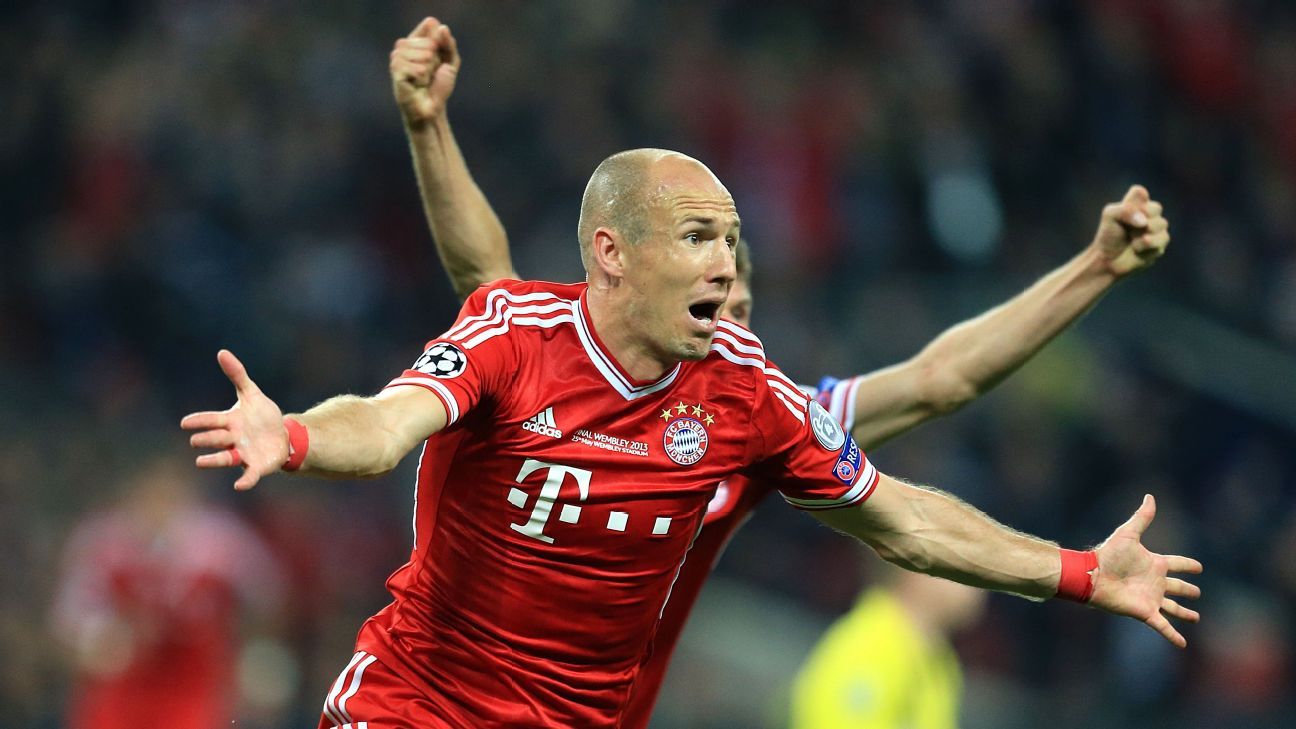 
MUNICH — Arjen Robben has officially signed on until the end of the 2018-19 season at German champions Bayern Munich.

Robben, 34, joined the Bavarians in 2009 from Real Madrid and has won seven Bundesliga titles and four DFB Pokals during his time at the club. He was a member of the Bayern teams that lost the 2010 and 2012 Champions League finals but scored the winner in the all-German showpiece against Borussia Dortmund at Wembley in 2013.

Robben hasn’t played since suffering a muscle injury in the opening five minutes of the Champions League semifinal first-leg defeat to Real Madrid on April 25.

“It was really, really painful, it really did hurt and still hurts now, that I had to go off in the Champions League semifinal and missed the second leg. It hurts,” Robben told the club website.

“Basically, I’d already like to get started on the new season, to be honest. So next season I’ll once again give everything I’ve got so we have a good season, and hopefully I can be an important part of the team,” Robben said.

Robben has followed in the footsteps of veteran wing partner Franck Ribery 35, who also extended his own deal by another year earlier this month.

Bayern club policy means they only hand out one-year extensions to players over the age of 30.

Right-back Rafinha, 32, signed a new deal on Tuesday to remain for another season.