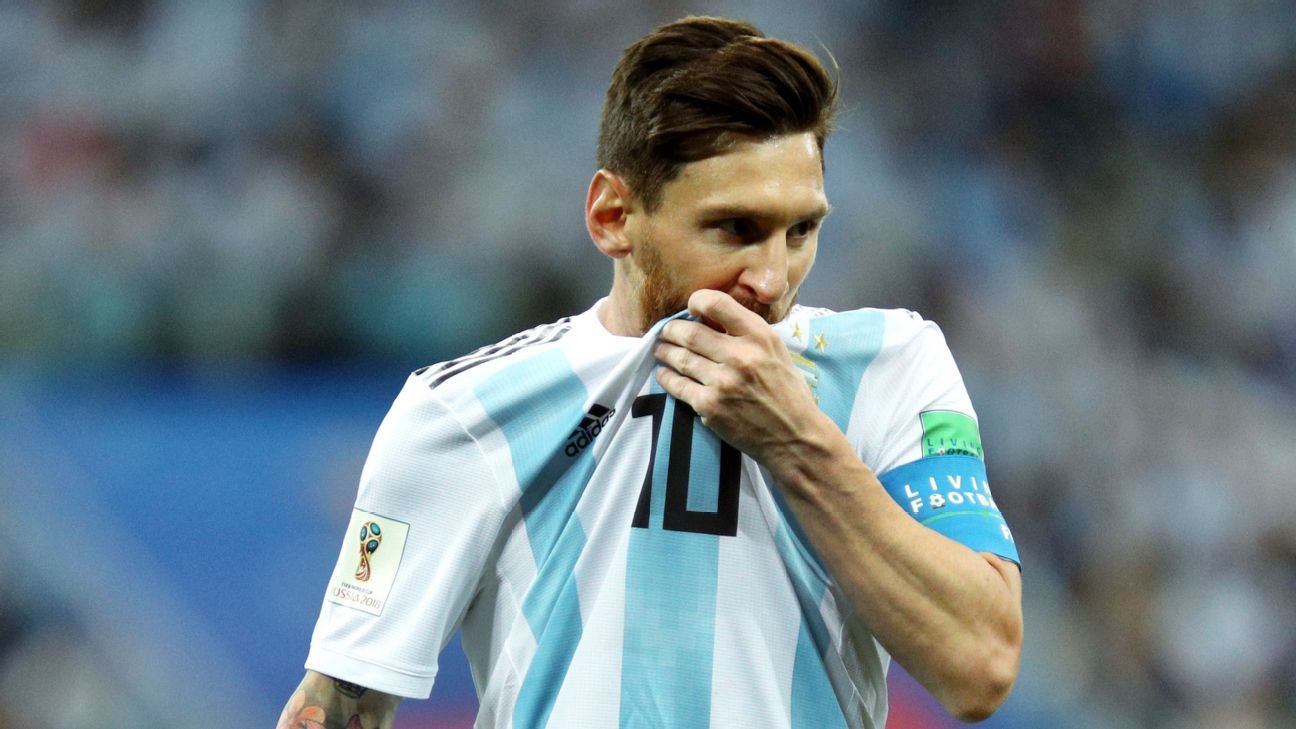 
Former Argentina international Pablo Zabaleta is concerned by how “stressed and unhappy” Lionel Messi has appeared at the 2018 World Cup.

Messi missed a penalty against Iceland as Argentina drew 1-1 in their opening game in Russia and then was then ineffective against Croatia as they were beaten 3-0 last Thursday.

Zabaleta, who won the 2005 Under-20 World Cup and the 2008 Olympics alongside Messi, wrote in his column for the BBC: “The happiest I saw Messi when I played alongside him for Argentina was in 2012 — he scored a hat trick against Brazil in New York and played the whole game with freedom and a smile on his face.

“His body language was completely the opposite before the Croatia game. To see him looking so stressed and unhappy at this World Cup was a real worry.

“I felt really sorry for him. It is very unusual to see him like that, but it was a sign of what was going on in his head.

“There is a huge pressure on him because people expect too much. I was not surprised he struggled. I know that if you go into a game and you don’t really enjoy it then it is very difficult to play well.”

– Make your daily picks with ESPN FC Match Predictor 2018!
– Who is going through? Round of 16 permutations and scenarios
– World Cup Daily live blog: Follow the action on and off the pitch
– World Cup fixtures, results and coverage
–
– Denmark and Knudsen put family ahead of football at the World Cup
– Ronaldo, Lukaku in, Kane out of ESPN’s team of Matchday Two

Despite picking up just one point from their first two games, Argentina could still reach the round of 16 if they beat Nigeria on Tuesday and Iceland fail to beat Croatia — with qualification potentially coming down to goal difference if Iceland win.

Regardless of what happens, though, Messi has already said he could quit international football after the tournament and Zabaleta says it’s getting “harder” for him to keep turning out for his country.

Even though he’s helped Argentina reach three consecutive finals — at the 2014 World Cup and the Copa America in 2015 and 2016 — Messi remains under intense scrutiny in his homeland for his performances with the national team.

“I think it’s getting harder for Leo to play for Argentina,” Zabaleta added. “He turned 31 on Sunday so he is getting older and sometimes, mentally, you can feel tired as well.

“Part of that is down to his history with Argentina. This team has lost the past three finals they have played. In Argentina, that is not enough. For some people, and for parts of the media, you have to win — just reaching the final is not acceptable.

“So losing three finals in four years has been tough mentally and psychologically for everyone in that team, especially Leo.”

Messi, who has scored 64 goals in 126 appearances for the Albiceleste, previously retired from international football after the 2016 Copa America final.

Following a national campaign, though, he decided to come out of retirement.