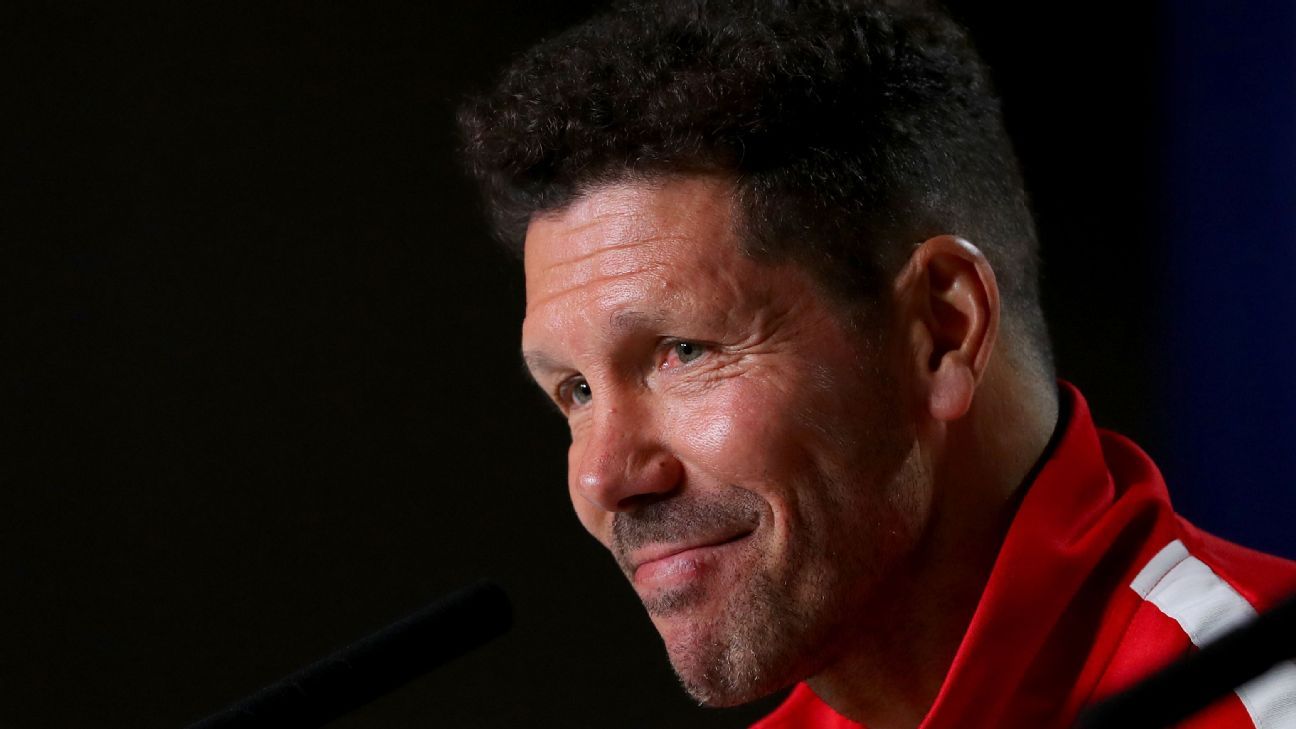 
An audio clip reportedly of Atletico Madrid coach Diego Simeone, a former midfielder for Argentina, has gone viral after he described the national team as “anarchy.”

The Whatsapp recording of Simeone (as reported in Clarin), in which he is allegedly speaking to his assistant, former goalkeeper German Burgos, came out following the national team’s 3-0 defeat to Croatia on Thursday, a result that has left the Albiceleste with just one point from two games and their World Cup fate in the hands of other teams’ results.

Atletico’s head of communications did not respond to questions asking to verify the audio.

“What is happening now, it’s what unfortunately has happened to the national team in the last four years,” Simeone allegedly said. “Anarchy, no leadership from the staff nor from those that guide her… I see a team that is lost. The team is bad, bad.”

The Albiceleste left it late before clinching a spot in this year’s World Cup with captain Lionel Messi scoring a hat trick in his team’s last qualifier, a 3-1 win at Ecuador on Oct. 10.

Argentina fans in the stands voiced their discontent with coach Jorge Sampaoli after the game. And, in the audio, Simeone allegedly said: “We all always say that the players are the most important in this game. But they are 60 percent, not 90 percent of it, because when the coaches say we’ve screwed up, it’s certainly worse than when the players screw up. Then it means that the coach has a lot of say in all of this.”

– Make your daily picks with ESPN FC Match Predictor 2018!
– World Cup fixtures, results and coverage
– World Cup LIVE: Follow all the action on and off the pitch each day with ESPN
– Messi helpless as Argentina’s World Cup dream fade
– Mbappe announces himself on the World Cup stage

He also hit out at goalkeeper Willy Caballero following the blunder that led to Croatia’s opener in the 53rd minute.

“Tell me the truth German [Burgos], the goalkeeper had already done something like that,” Simeone said. “He did against Spain, he did it against Italy… and I told you that it’s a pity that he was not scored upon so that they realise that if you screw up at the World Cup, it’s a goal.”

Simeone also allegedly said he was not surprised by Lionel Messi’s disappointing two games considering he doesn’t have the same level of players in the national team as he does with Barcelona.

“We don’t realise that Messi is very good but I clarify that he is very good because he is accompanied by extraordinary footballers,” he said. “My question is: If you had to choose between Messi and [Cristiano] Ronaldo for a normal team, who would you choose?”

Others connected to Argentine football have also spoken out after Thursday’s debacle.

Mario Kempes, a 1978 World Cup winner with Argentina and analyst for ESPN, tweeted: “The spectacle was shameful and the farewell is increasingly closer!! Disgraceful!!”

Sampaoli took full responsibility for the loss, which followed his team’s 1-1 draw with Iceland in their opener when Messi had a penalty saved in that first game. Argentina now need to win their final game and hope Nigeria beat Iceland in order to have a chance to get out of the group stage.

Sampaoli’s predecessor, Edgardo Bauza, was also alarmed and told TyC Sports: “I saw an Argentina without identity. There were players that were not up to the standard. I don’t know if the word would be absent, if that is how I saw Messi. I think it’s strange because he is a very important player in the national team and he had little involvement, which is strange. That depends on him and on his teammates to give him the ball.”

He added that Sampaoli now has a crucial task now to rebuild his team’s confidence ahead of Tuesday’s crucial game against Nigeria.

“It’s not a case of a miracle [for Argentina to qualify], but that the players can trust the coach,” he said. “In the next three days the coach is going to have a very important role and the players have to believe. I read that the rapport is not good and this is not the time: there is still one [group] game left to play.”