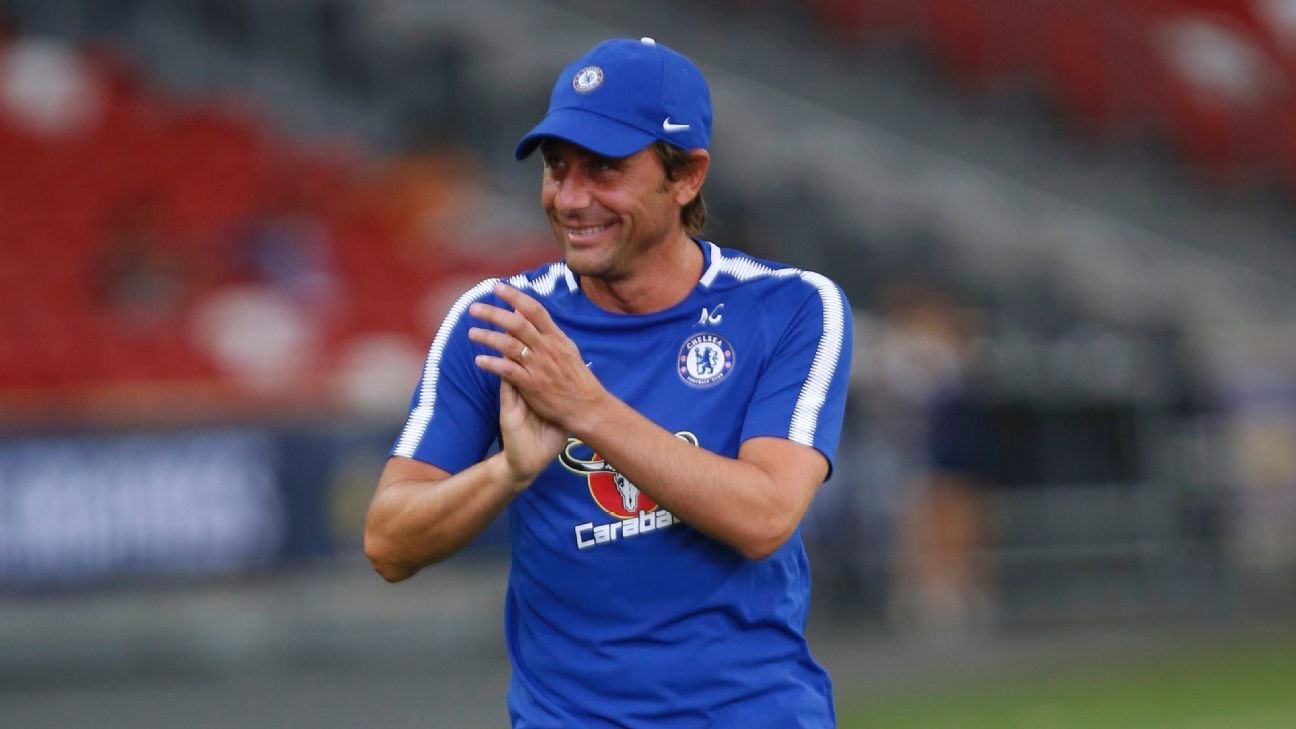 
Chelsea may have been slow coming out of the traps during the summer transfer window, but a flurry of recent activity has seen the London club part with £144 million to secure the services of Antonio Rudiger, Tiemoue Bakayoko and Alvaro Morata.

Rudiger and Morata, both 24 years old, and Bakayoko, 22, arrive at Stamford Bridge with glowing credentials and the promise that comes with youth. The trio look set to establish themselves in Conte’s first-choice starting XI and with age on their side there is every reason to believe that they could accomplish much for Chelsea and be a part of the team for the foreseeable future.

A defender, a midfielder and a striker — exactly what Antonio Conte needs to bolster his squad ahead of a challenging season that will embrace a return to Champions League action. But the manager is unsatisfied and insistent he needs more players if Chelsea are to be a competitive force in four competitions next season.

Is the Italian right, or is his posturing simply forcing the Blues board into squandering money on players who will end up being surplus to requirements? After all, in the past three seasons Chelsea have signed 22 players, eight of whom have made fewer than five appearances for the club.

Summer 2014 acquisitions Cesc Fabregas and Diego Costa were integrated into the first team by Jose Mourinho but Filipe Luis and Loic Remy, who also joined the club at that time, soon fell by the wayside. Juan Cuadrado, who arrived in the January transfer window, also failed to make an impression as Chelsea went on to win the Premier League and the League Cup.

The following summer proved to be a disaster as the club failed to deliver Mourinho the reinforcements he demanded. The acquisition of Pedro would turn out to be a plus — but not for a year — but youngster Baba Rahman was unfortunate to walk into a dressing room in turmoil. Papy Djilobodji best exemplified Chelsea’s recent habit of making pointless signings, though the club did turn a profit when selling him to Sunderland.

And last summer saw Chelsea splash the cash for new manager Conte, as in came Michy Batshuayi, N’Golo Kante, Marcos Alonso and David Luiz. The latter three established themselves in the side that romped to the Premier League title, while Batshuayi continues to show promise. However, the recent acquisition of Morata suggests the Belgium international may have to be largely content with a bench role once again.

Ask any one of Mohamed Salah, Romelu Lukaku, Kevin De Bruyne, Andre Schurrle, Juan Cuadrado and Filipe Luis and they will probably say that the club simply has too many players on its books at any given time and that the manager will soon settle on his preferred starting XI and, barring illness or injury, stick with it.

Chelsea have been linked with a clutch of high-profile players, including Alex Oxlade-Chamberlain of Arsenal, Everton’s Ross Barkley and Juventus full-back Alex Sandro.

Oxlade-Chamberlain, rated at £30 million, could provide competition at right wing-back for Victor Moses. Barkley, promising as he may be, would be bench fodder and, if he costs £50 million, would be an almost ridiculous signing. (In truth, the real benefit of buying this duo would be to bolster a crop of “homegrown” players depleted by the recent sale of Nathaniel Chalobah and Nathan Ake and the departure of John Terry.)

Sandro, meanwhile, would cost upward of £60m and his arrival would potentially dislodge Alonso from the left wing-back position he fulfilled with aplomb last season.

There is little point criticizing Conte or indeed Chelsea’s transfer methodology, because the trophy cabinet at Stamford Bridge is bulging with silverware. However, the truth is that the acquisition of Rudiger, Bakayoko and Morata, as well as the continued ascent of Batshuayi, means Chelsea are well-equipped for forthcoming campaign.

With a month to go before the transfer window closes, it’s hard to see no more signings satisfying Conte. Remembering that a football team comprises 11 players, the chances are that there will be more articles written about how the buys who didn’t make it but that will be of little consequence to the manager, particularly if he harvests more silverware.

The only real losers in the equation — though certainly not in a financial sense — are those players who join and then wonder why they bothered when they are moved on or loaned out, as a result of not establishing themselves in the first team.