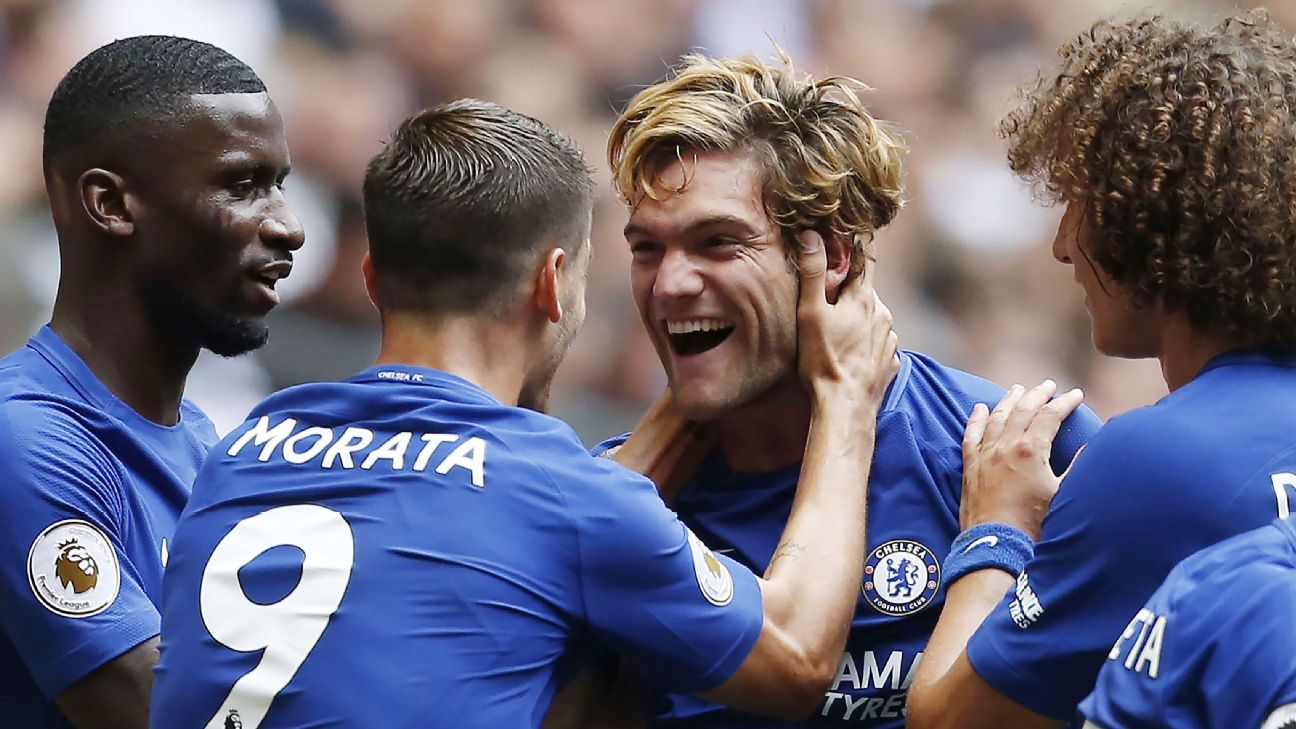 
David Luiz said Chelsea coach Antonio Conte had told him to “run a lot” when he played a midfield role in Chelsea’s 2-1 win over Tottenham on Sunday.

The Brazil international said he felt Chelsea had played “a clever game” in the absence of key men Eden Hazard, Cesc Fabregas and Gary Cahill.

And asked by Sky Sports what Conte had wanted him to do, Luiz said: “Run — run a lot! No, to cover the space of [Christian] Eriksen and Dele Alli.

“They always play very well between the lines so I was there to close this gap and not leave any space for them to create.

Luiz added that he was pleased with the way in which Chelsea had bounced back from last week’s home defeat to Burnley, adding: “Last week was a terrible first half and then the second half was great.

“Today was great, playing against a fantastic team with fantastic players. I think we deserved the win. It was important to show that [character] after a defeat.”

Summer signing Tiemoue Bakayoko, who defied pre-match predictions to last the 90 minutes despite being short of full fitness, told SFR Sport the result was “something special.”

“It was my first game [for Chelsea],” he added. “Ever since I signed, I wanted to put on this shirt, now I’ve done that.

“I’m very, very happy, and there is a win to go with it. It bodes well for the future.

“I held out. It wasn’t easy. I had to get used to the rhythm. The Premier League is very different to the French league. I had good spells, some not so good. I have to find my rhythm.”

Striker Alvaro Morata also made his first Chelsea start, missing a golden opportunity early on, and the club-record signing said he was adapting to the Premier League.

He told Onda Cero radio: “We needed to win above all and come out with three points.

“For us, this is gold. As for the Premier League, you cannot stop to think or rest because with the ball, everything is so quick. It’s completely different to all the teams I’ve played for.”

Alonso told Chelsea’s official website the players had been looking to bounce back from the Burnley defeat and added: “There was a lot of talking during the week, and I think we showed we are together.

“We worked so hard this week and we 100 percent deserved the win. We showed we are going to fight for the title again this year.”