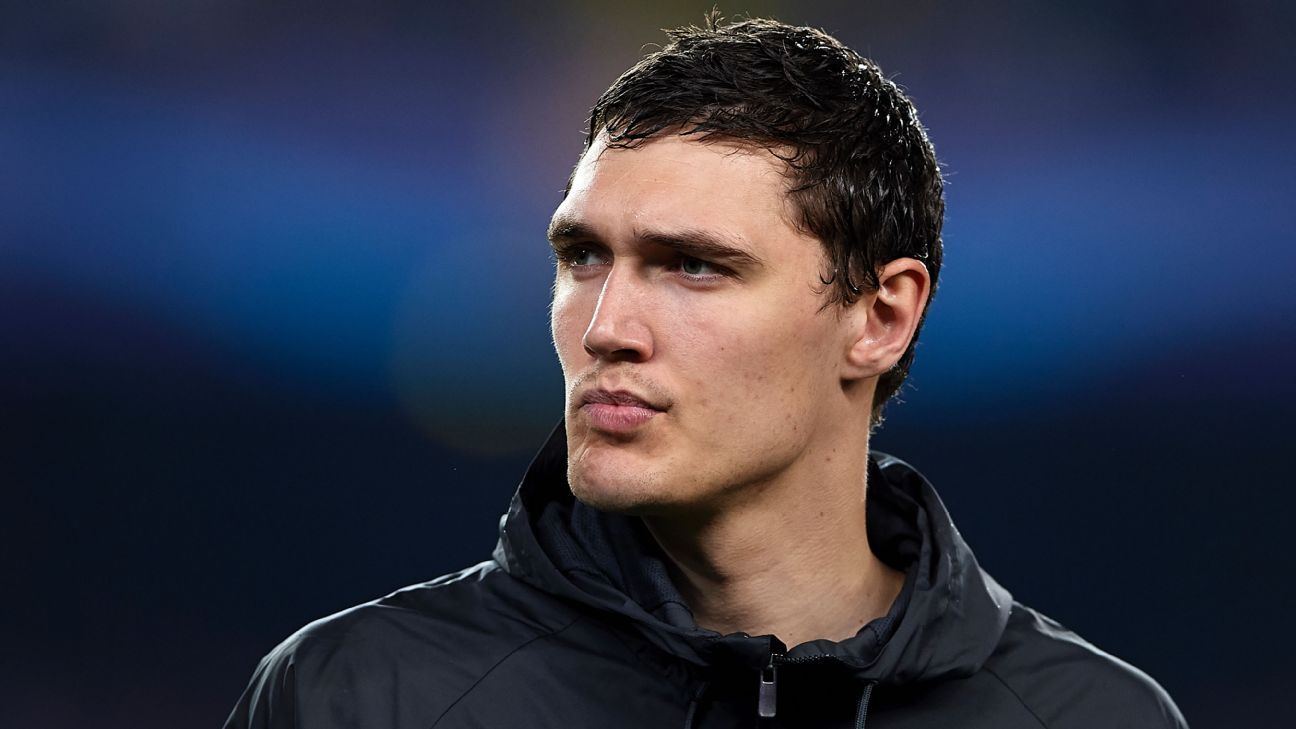 
LONDON — Antonio Conte admitted that he rested Andreas Christensen against West Ham United last weekend because he is suffering from mental fatigue but insisted that he will continue to trust him until the end of the season.

Christensen was replaced by club captain Gary Cahill in the middle of Chelsea’s back three for West Ham’s visit to Stamford Bridge on Sunday after having made a series of high-profile defensive errors in recent matches.

Chelsea drew 1-1 in Christensen’s absence, with Cahill failing to clear a ball lofted into the penalty area in the build-up to Javier Hernandez’s equaliser, but Conte said that it was the right time to re-introduce Cahill into his starting XI at the expense of Christensen.

“Don’t forget, we’re talking about a young player,” Conte said. “For him, this is the first season playing at this level. To play at this level means you lose a lot of mental energy. It could be that he can be a bit tired under this aspect.

“At the same time, I think to give Gary Cahill the possibility to play is right. We are talking about an important player, not only for Chelsea but also for the [England] national team.

“I have this opportunity to make rotations, especially in the defensive line. When there is the possibility, when I see some situations, I try to change something.”

Christensen told ESPN FC in January that he was already feeling the effects of a first professional season without the benefit of a winter break, and he was sent home from Denmark’s friendlies last month because of fatigue, but Conte confirmed that he will not hesitate to count on the Denmark international in the final weeks of the campaign.

Asked if Christensen retained his trust ahead of Saturday’s clash with Southampton in the Premier League, Conte replied: “For sure. At this moment, I have four central defenders [fit to play]. From now until the end [of the season], I think I will make rotations to give everyone the possibility to play.”

Another player currently outside Conte’s starting XI is Danny Drinkwater, and several reports this week claimed the former Leicester City midfielder will consider his future at Stamford Bridge this summer after finding fewer first-team opportunities than he expected.

“I think that he’s having an unlucky season, Danny,” Conte said. “He has started this season with a problem in his calf. Then he continued to have problems. Now he’s struggling with another problem. For sure, it’s not a lucky season for him. But we’re talking about a good midfielder, a good player.

“Now is not the right moment to speak about [the future of] one player, specifically one situation. Now it’s a moment we have to think about the team. To try to improve our [position in the] table, our performances, and finish the season as strongly as possible.”

Conte said he had “no news” regarding injuries in the Chelsea squad ahead of the Southampton trip, though David Luiz (knee) and Ethan Ampadu (ankle) are long-term absentees.