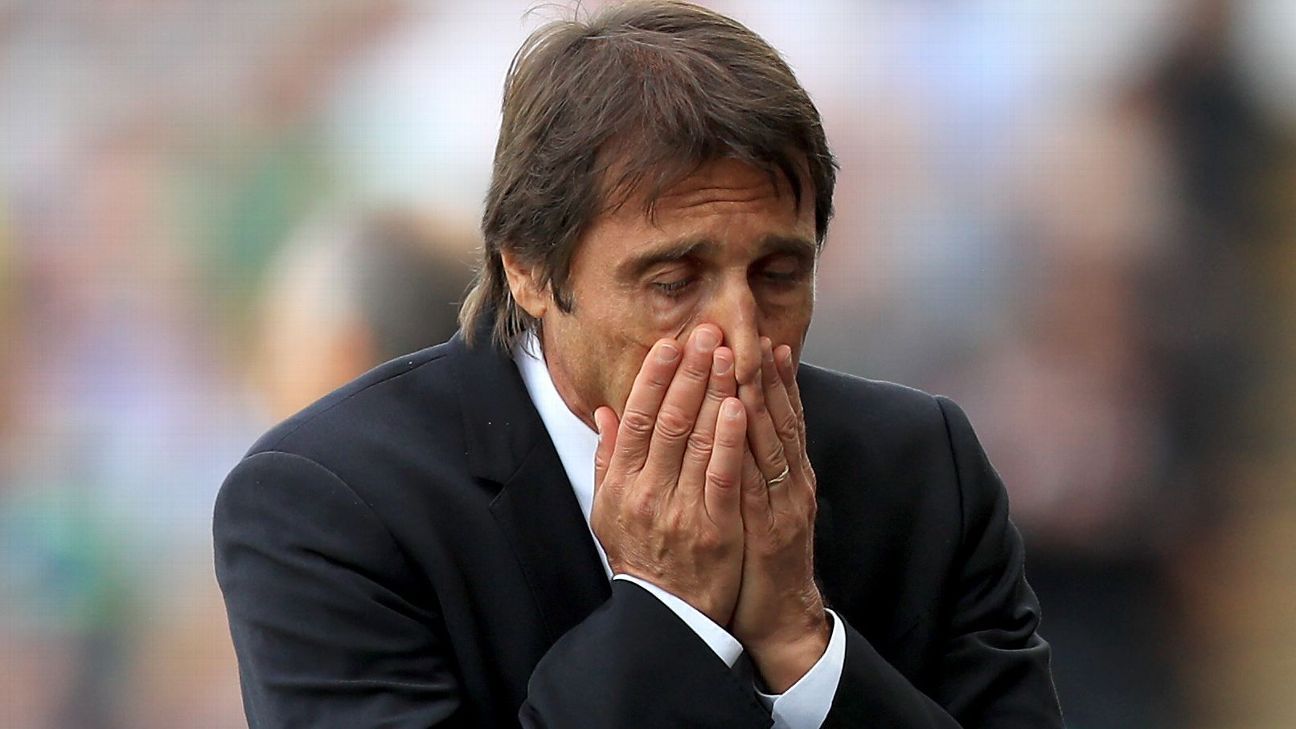 
It may be early days in this transfer window, but Chelsea manager Antonio Conte is no exception in wanting to have new players added to his squad as soon as possible. He returns from Italy later this week ahead of preseason with no major targets yet signed and sealed.

Attempts to strengthen a title-winning squad have so far drawn something of a blank, beyond the arrival of reserve goalkeeper Willy Caballero. Deals for Juventus left-back Alex Sandro, Roma central defender Antonio Rudiger and Monaco midfielder Tiemoue Bakayoko remain possible — the treble swoop could cost north of £125m and would put Chelsea ahead of the game — but progress has been slow.

Meanwhile, re-signing Romelu Lukaku, priced at £100m by an Everton side reluctant to replace the unwanted Diego Costa, might become the long-running transfer saga of the summer.

If there is a consolation, fans fearing a repeat performance of the rancorous summer of 2015, which eventually cost Jose Mourinho his job, can console themselves that none of the Premier League’s elite are currently finding life easy in the market. English football’s swollen wealth has increased the premiums and £40 million has become a par price.

Conte’s own future of is not exactly cast-iron either. Any fissures are not as deep as those which caused Mourinho’s dramatic slide towards the exit door but a contract extension has not been signed quite yet.

“The money is important only at this level to give the real value of a player or the coach,” Conte said in May, a nod to his status as the lowest-paid of the top six’s managers. “If you show you deserve it, you have earned money.”

Signing that extension probably remains a formality despite Conte’s hints at a return to his home country. When Luciano Spalletti took the vacant manager’s position at Inter last month, it closed off the most obvious escape route and was greeted with relief among a fan base that have taken the Italian to their hearts.

Not that supporters should get too attached; the history of the Roman Abramovich era points to there being no such thing as permanence at Stamford Bridge. Should Conte repeat last season’s success, there can still be no guarantees that he can build a dynasty in West London, for Chelsea have prolifically sacked successful managers in the past.

No other Premier League club has matched such powers of reinvention and revival. Since Abramovich’s 2003 takeover, he has employed 12 different managers, of which seven lifted trophies; only Manchester United have matched Chelsea’s five Premier League titles in that period.

But failing to build on last season’s stroll to the title would be a terribly wasted opportunity and a cycle of boom and bust — as champions in 2015-16, Chelsea finished 10th — must be avoided. Further, as well as defending their domestic crown, Chelsea are back in the Champions League after not playing European football last season.

Two years ago, Mourinho cut an agitated figure as moves for Paul Pogba and John Stones failed and he was instead given the underwhelming use of players like Radamel Falcao, Baba Rahman, Michael Hector and, last and by no means least, Papy Djilobodji, a defender Mourinho suggested he had barely heard of.

Mourinho’s relationship with technical director Michael Emenalo reached breaking point. Conte, by contrast, gets on well with the Nigerian and ESPN FC sources suggest the manager’s unceremonious dumping of Costa by text message, which might reduce a sale price, left no lasting acrimony.

Last year, Emenalo and club director Marina Granovskaia presented N’Golo Kante upon Conte’s arrival from coaching Italy at Euro 2016, then made the sharp signings of David Luiz and Marcos Alonso later that summer. Even Michy Batshuayi eventually delivered, the new arrival scoring the goal at West Brom that secured the title.

A year on, Chelsea have money to spend, with approximately £60m having been recouped from the sales of Nathan Ake to Bournemouth, Juan Cuadrado to Juventus, Asmir Begovic to Bournemouth, Bertrand Traore to Lyon and Christian Atsu to Newcastle.

Nemanja Matic’s sale to Mourinho at United would bring in an extra £40m, which in turn can be added to the £50m January sale of Oscar to Shanghai SIPG, as well as the £900m Nike sponsorship deal that Granovskaia secured last October and £150m in prize money from last season’s title success.

Will Chelsea need to redraw past transfer practices, though? While Abramovich always spends big, his club have rarely become embroiled in bidding wars. The preferred tactic is to move quickly to deal, or swiftly withdraw. To satisfy Conte, persistence looks to be a requirement of the current window.