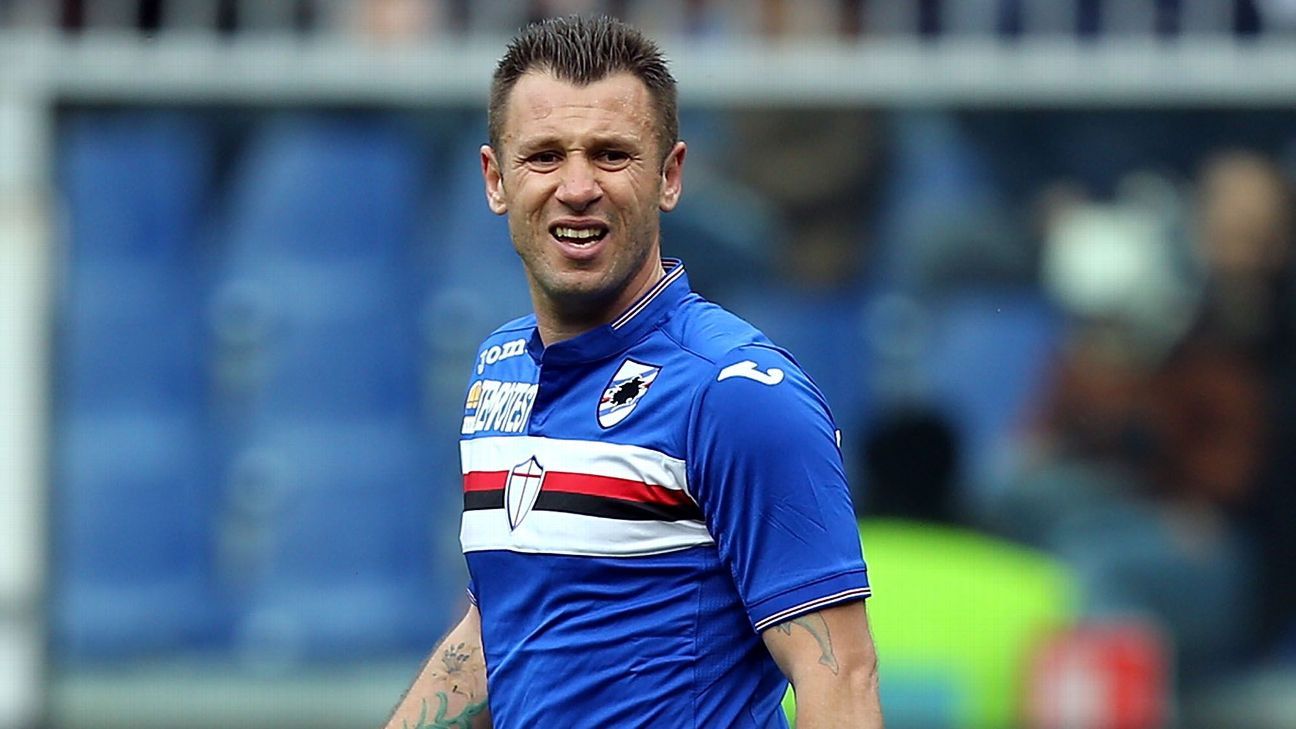 
Antonio Cassano confirmed that his departure from Hellas Verona also signifies the end of his playing career, saying that his wife had “got it wrong” by announcing that he was “not retiring.”

A message on the Twitter account of Cassano’s wife, Carolina Marcialis, earlier on Monday, and signed with the initials “AC,” said that the 35-year-old just did not feel like continuing with Verona, but added that he is still physically fit.

But just a few hours later, a further announcement appeared on Marcialis’ account, signed “Antonio Cassano” and confirming that he is now — after a week of u-turns and changes of heart — officially retiring.

“As opposed to what appeared on the social account of my wife, I would like to clarify the following: Carolina got it wrong,” read the message. “After having thought and reflected on things right to the end, I have decided: Antonio Cassano will not play football again.

“I apologise to the city of Verona, to all the fans, to the president Maurizio Setti, the sporting director Filippo Fusco, the coach Fabio Pecchia, to my teammates and to the medical and coaching staff.

“For a 35-year-old man, motivation dictates your life and at this moment in time, I feel that my priority is represented by the fact of being close to my children and my wife. Antonio Cassano.”

Cassano joined Verona on July 10 after more than a year spent on the sidelines, but just eight days later he informed the club that he was missing his family and wanted to retire.

A news conference was called in which Cassano admitted he was about to make the “biggest mistake” of his life by turning his back on football, saying he had just suffered “a bit of a meltdown” and apologised to the Serie A club for his conduct.

His family paid the 35-year-old a visit in their training camp, and he said this had encouraged him to continue. He had impressed during preseason outings, but the distance from his wife and two children, who live 180 miles away near Genoa, was proving too much for him.

Verona president Maurizio Setti had earlier said he could not fault Cassano.

“This lad just can’t cope psychologically, even if physically and athletically he’s in very good shape,” Setti told ANSA. “Professionally, you cannot criticise him at all, but clearly he cannot maintain his serenity in a group and he wants to stay at home.

“There’s an up and down — he talks and then he’s silent. It’s a pity because professionally he was doing everything well.”

A year ago, he was told by the Blucerchiati that he did not figure in the plans of their coach Marco Giampaolo and was advised to find a new club. After failing to do that, and spending six months training with the club’s reserves, an agreement was reached in January which saw the former Bari, Roma, Real Madrid, Inter Milan, AC Milan and Parma forward released from his contract.

Verona took a gamble on him by offering a one-year contract this summer, reuniting him with his former Sampdoria strike partner Giampaolo Pazzini, with whom he helped earn Samp a place in the Champions League by finishing fourth in Serie A in 2010.

The former Bari, Roma, Real Madrid, Inter Milan, AC Milan and Parma forward was released from his contract in January and joined Verona less than a month ago.