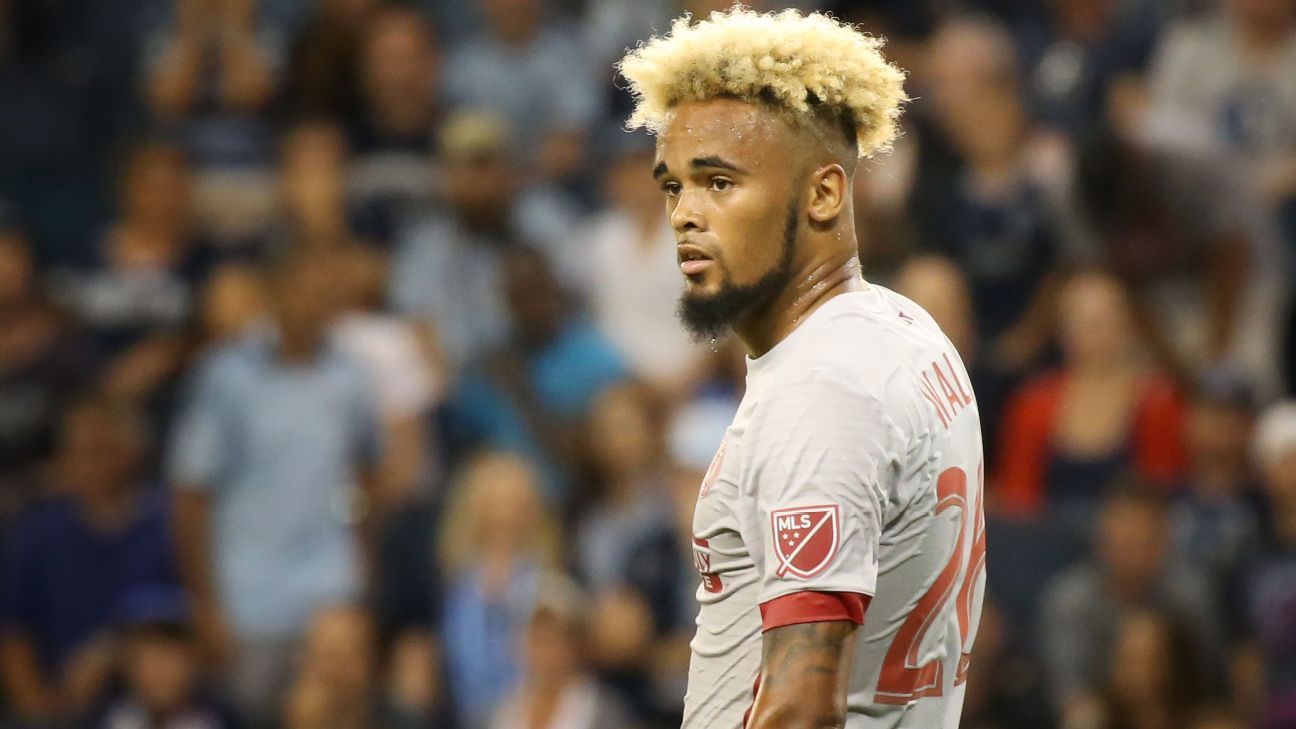 
Anton Walkes is learning from former Barcelona boss Tata Martino and will this weekend walk out in the first match at the world’s most expensive football stadium — little wonder the Tottenham defender is loving life on loan at Atlanta United.

Boasting an average attendance bigger than any American sports team outside of the NFL, Atlanta will now take another giant stride by playing their first match at the $1.6 billion Mercedes-Benz Stadium on Sunday evening.

Shared with their fellow Arthur Blank-owned Atlanta Falcons of the NFL, the state-of-the-art venue includes a stunning closing roof comprised of eight “petals” and will take the MLS new boys to another level.

Walkes is hoping to feature in Sunday’s historic first football match there against FC Dallas — a year on from lining up in Tottenham under-23s’ defeat at Chelsea.

The 20-year-old only had 10 minutes of first-team football to show for his time at Tottenham before crossing the Atlantic in January, where the defender’s steady improvements have gone hand-in-hand with experience.

“I think it’s one of the best decisions I’ve made so far,” Walkes, whose initial loan deal has been extended for the remainder of the year, told PA Sport. “I’ve enjoyed every single moment, I’ve learned so much, so I am looking forward to the next stages. My expectations were high and what it has proved is just that it’s raised the bar even higher than I expected.”

Tottenham have close ties with Atlanta thanks to president Darren Eales, who worked as director of football administration at White Hart Lane until being coaxed across the pond three years ago.

Eales’ relationship with Mauricio Pochettino helped bring about the arrival in Georgia of Martino — a teammate in the Spurs head coach’s playing days with Newell’s Old Boys.

The former Barca and Argentina boss was attracted by the challenge of starting a team from scratch, but unlike other MLS sides Atlanta have preferred to go for promise rather than established names.

Miguel Almiron, linked previously to Arsenal, is the standout player of a relatively young squad that Walkes has made an impact on as the season has progressed.

“It has been a great experience, you’re learning so much,” Walkes said. “You have to mature on and off the pitch, so it’s a lot of adapting.

“There’s a lot more pressure, there’s no time for mistakes. In youth-team football, you’re allowed mistakes here and there because the coaches always encourage you and say you’ve got time to improve.

“But in these games, you’re playing for points and it’s business. The eyes are on you at all times, so there’s no hiding.”

Walkes is in awe of Atlanta’s fanbase and says the new stadium is “definitely second to none” — quite the difference from playing reserve-team football in front of small crowds with Tottenham.

“[Pochettino] just said to go and get some games, learn a few new things and just try and make sure when I come back that I am a better player,” Walkes, adapting to a right-back role he competes for with compatriot Tyrone Mears, said. “It’s all about improving as much as I can.

“[Faith in young English players] is something he has shown but it is all down to me. I think if I work hard behind closed doors and out there on the pitch, I think everything will pay off.

“I’ve had to mature and adapt. There’s very good players: quick, physical, intelligent as well. It’s all about adding all of these things to your game and making sure you adjust.”