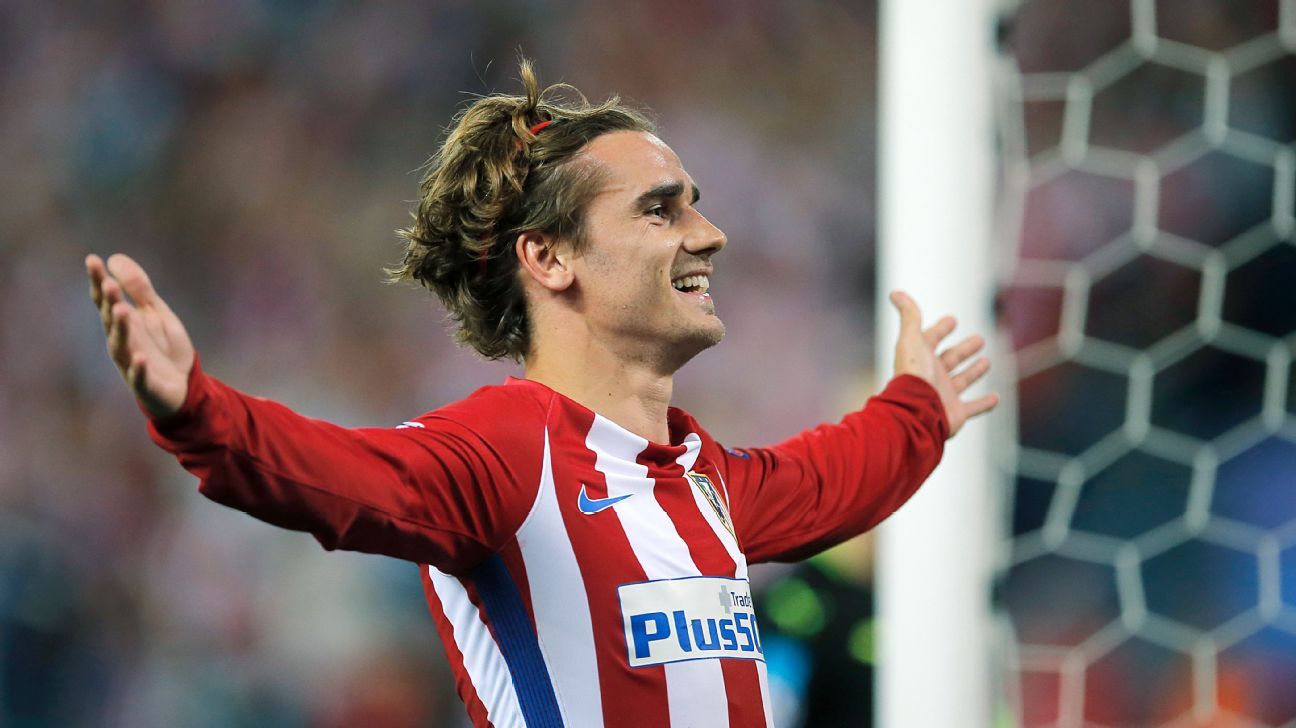 
A frenzied transfer market that began with Antoine Griezmann dominating the discussion could still end with the Frenchman being its primary focus.

At the moment, though, you can’t move for Neymar. The Brazilian is at the centre of a drawn out saga that looks set to end with him moving to Paris Saint-Germain for a world record fee of €222 million. Reports in the French media anticipate things will accelerate this week, although sources at the Catalan club have told ESPN FC that they still expect the Brazilian to be training at the Ciutat Esportiva following a promotional trip to China.

If Neymar does move to Paris, Barca will be left short with just over a week until the first leg of their Super Cup tie against Real Madrid. They will, however, have a huge amount of money to reinvest — not only in replacing Neymar, but also in strengthening their squad elsewhere.

Names are already being thrown around. Ousmane Dembele and Paulo Dybala are players who have been linked with Camp Nou for months, even predating the Neymar fuss. Kylian Mbappe and Angel Di Maria are names that have surfaced more recently. None have yet stuck, however, and Diario Sport have thrown another name into the mix: Griezmann.

The Atletico Madrid frontman made it clear earlier this summer that he felt his time at the club was coming to an end. He said there was a “six out of 10” chance he would move to Manchester United. Prior to that, while last season was still in progress, he even hinted he would be tempted by Real Madrid. But any chances of a move during the window came to an end when Atletico’s appeal against their transfer ban was knocked back, leaving them unable to register players this summer.

Following the announcement, Griezmann penned a new deal with the club. In his own words, he couldn’t turn his back on them in their hour of need. United would have to wait. In the meantime, he was rewarded with a handsome pay rise and the chance to lead the Rojiblanco into their new stadium, the Wanda Metropolitano, this season.

But there could be another twist. While Griezmann seemed more than open to move to Manchester and cosy up with good friend Paul Pogba, he was always clear that he would prefer to stay in Spain. French by birth, he has become an honorary Spaniard since joining Real Sociedad as a teenager. In last year’s European Championships hosted by his homeland, he was even seen cursing in Spanish when things went wrong for him on the pitch.

The problem is, where does he go from Atletico if he wants to stay in Spain? Rivals Real are not really an immediate option in spite of Griezmann’s flirting, and Barca have Neymar, Luis Suarez and Lionel Messi. There’s no room. Except a vacancy could be opening up.

And of all the replacements touted for Neymar — who has not yet left, remember — Griezmann could be the best fit. While he has tended to play more centrally for Atletico, he’s no stranger to playing on the left of a front three. He was always more of a wide man than a No. 10 at Real Sociedad. Additionally, he has always played with an out-and-out striker, be it Imanol Agirretxe in San Sebastian or Fernando Torres or Kevin Gameiro in Madrid. Fitting in alongside Suarez shouldn’t be a problem. Unlike at Atletico, however, where he’s the main man, he would have to defer to Messi in Catalonia.

Griezmann is only a year older than Neymar, the man he replaced on the Ballon d’Or podium this year. In three seasons with Atletico, he has scored 83 goals in 160 appearances: 25, 32 and 26 respectively. MSN to MSG? It could work.

Atletico’s confirmation of Griezmann’s new deal in June didn’t come with details regarding his buyout clause, although according to Atletico president Enrique Cerezo, it remains at €100m. In theory, then, Barca could lose Neymar, sign Griezmann and pocket €122m in the process. The club would rather hang on to the Brazilian — there’s no player on the planet who can replicate what he does on the pitch — but as contingency plans go, it wouldn’t be a bad one.

Having committed to Atletico for one more year (at least), would Griezmann really go back on his word if Barca deposit his buyout clause at the LFP’s offices? You’d have to imagine not. It’s almost certain that he will leave Atletico next year, but even Barca may not be able to tempt him to re-enter this summer’s Game of Transfers.