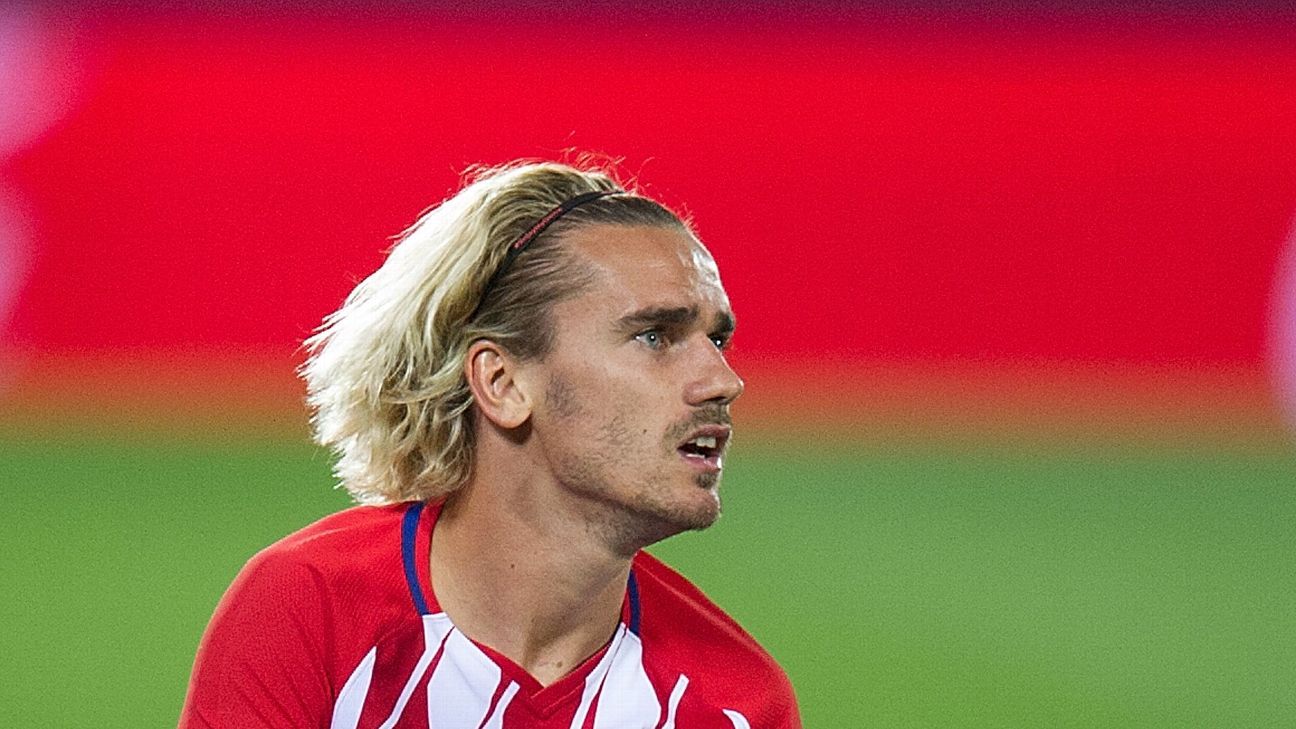 
Atletico Madrid coach Diego Simeone has called on Antoine Griezmann to recover his “decisive” form of last season, as Barcelona visit the Wanda Metropolitano in La Liga on Saturday.

The fixture comes with football caught up in continuing political and social turmoil related to a push towards Catalan independence being resisted by the authorities in Madrid.

Simeone has however been more concerned recently with the form of frontman Griezmann, who after flirting with Manchester United last summer has been inconsistent so far this term, and was substituted in Atletico’s last game – a 0-0 draw at Leganes.

Simeone told a news conference that it was possible that the France international was suffering from being paired in attack with Angel Correa, however the hope what that he would get “mentally fresher” and concentrate on scoring goals.

“Antoine has played in different ways in these last years,” Simeone said. “Last year he was involved less in the play, but more clinical in front of goal during certain moments of the season. He is a decisive player for us, really important in our attacking play.

“The fresher he is mentally, the better we can resolve attacking situations. Maybe he feels more comfortable with a partner in the style of [Fernando] Torres, [Kevin] Gameiro or [Luciano] Vietto. Recently [Angel] Correa has been accompanying him more, he drops deep more to play. But Correa is doing well, and will play tomorrow.”

Given the context around the game Atletico fans are expected to fill the Wanda with Spanish flags, although Rojiblanco president Enrique Cerezo has reminded everyone that it is a football match not a political rally.

“I do not want to get into things which are more political than sporting,” Simeone said when asked for his opinion on the political situation. “I have my thoughts but I keep them for myself. Because what I say would not help anyone.”

Simeone has just won two of his 21 games as coach against Barca, both Champions League quarterfinals, although his team did clinch the 2014 La Liga title with a 1-1 draw at the Camp Nou on the final day.

“More important than not having beaten them in La Liga, we have always competed very well against them,” he said. “We must do this again, and be clinical in front of goal. They have renewed the team, making an enormous effort to fill the gap left by someone as important as Neymar. They are playing more a 4-4-2 now, but they remain very competitive. They still have the DNA of [Gerard] Pique, [Lionel] Messi, [Luis] Suarez, who transmit this to the others.”

Messi’s late winner at the Calderon last February was his 27th goal in 34 games against Atletico, and his fellow Argentine admitted that having a plan to stop him and putting that plan into action were two different things.

“We will try and take the game to a place we want,” Simeone said. “It is clear that it is easier to say that than do it. Lionel is a decisive player. He can be absent for 60 minutes and in one play he can decide the game. I am not the first one to say this.”

Simeone was nonplussed when asked about some Catalan pundits claiming the state of the Wanda pitch hampered Barca’s passing style.

“Look, I am not a groundsman, I’m a coach,” he said. “If you invite me to eat at your house, we use your plates, your cups and your cutlery. At my house, we use mine.”