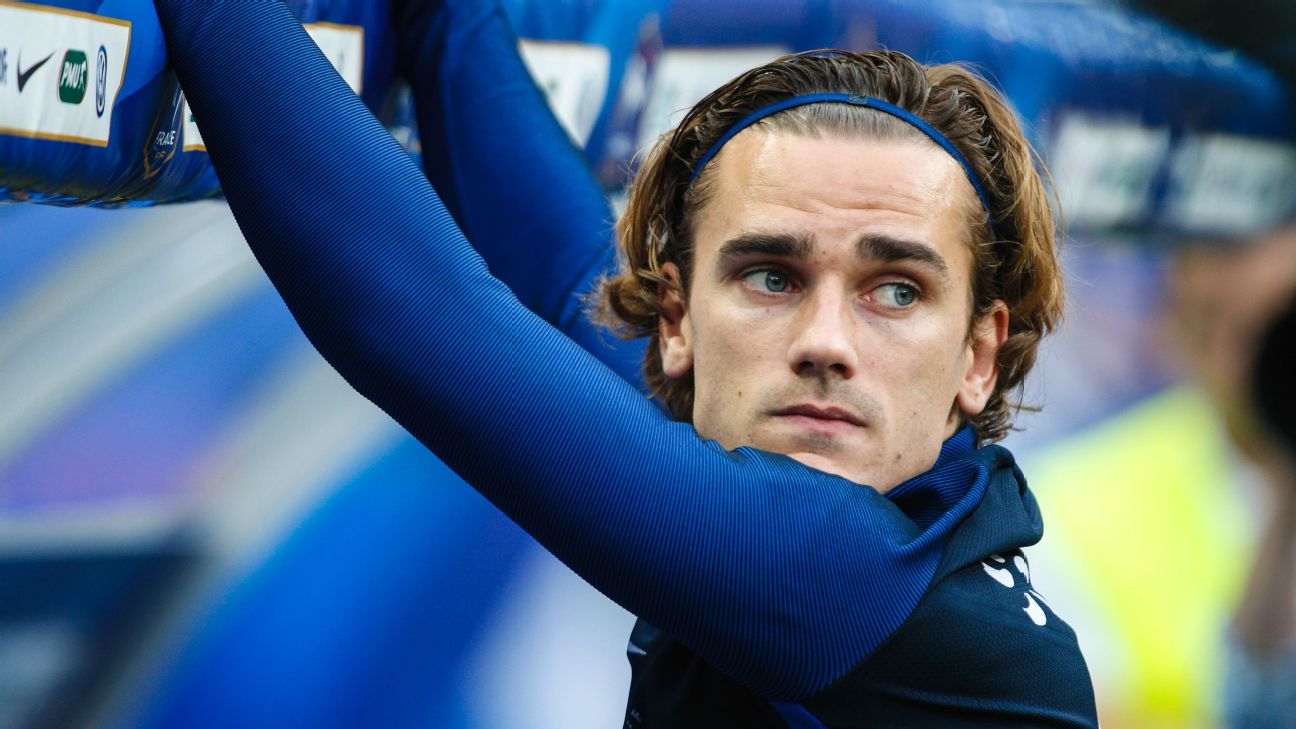 
Antoine Griezmann has left the door open for a move to Manchester United next summer despite signing a new contract with Atletico Madrid, in an interview with FourFourTwo.

A proposed move to Old Trafford this summer collapsed after the Court of Arbitration for Sport upheld Atletico Madrid’s transfer ban.

United, meanwhile, cooled their interest in the Frenchman to focus on signing an established centre forward to replace Zlatan Ibrahimovic, who has been released.

Sources have told ESPN FC that United still hold a significant interest in the 26-year-old, and Griezmann says he does not know what will happen beyond next season.

He said: “To be honest, I don’t know. I’m going to be playing for Atletico next season and after that we’ll see. All I am thinking about now is Atletico Madrid.

“I think it’s absurd to talk about something that is more than a year away.”

Griezmann says he decided to stay at Atletico this summer to help the club through a transfer ban that will prevent them from signing players in the next two windows.

In the aftermath of the decision, he signed a new deal that could keep him at the club until 2022.

However, the forward rejected reports he called Jose Mourinho to inform the United manager of his decision.

He added: “No, no, no. No, that’s totally made up. False. It was my decision. I communicated it to the club. That’s it.

“I have stayed mainly because of the transfer ban. Atletico needed me now more than ever and I felt I had to stay. It would be dirty to leave.

“I wouldn’t have been myself, or the person that I feel I am today, if I had left this club in that way.”

In a wide-ranging interview that covered his youth in France, development at Real Sociedad and explosion at Atletico, Griezmann made clear that he felt his Rojiblanco coach Diego Simeone was the world’s best.

“[Simeone] is the best there is,” he said. “He’s taught me so much. I’m so thankful to him for making me an important player in this team, and for everything I have learned under him — it’s nice that he thinks about me as the complete player.”

Griezmann, who finished third in the 2016 Ballon d’Or vote, said he was happy with his career so far but had a personal ambition to go further.

“I still have a burning desire to win trophies,” he said. “But I have achieved everything I’ve wanted in becoming a footballer. I want to be the best player in the world.”

Dermot Corrigan contributed to this report.