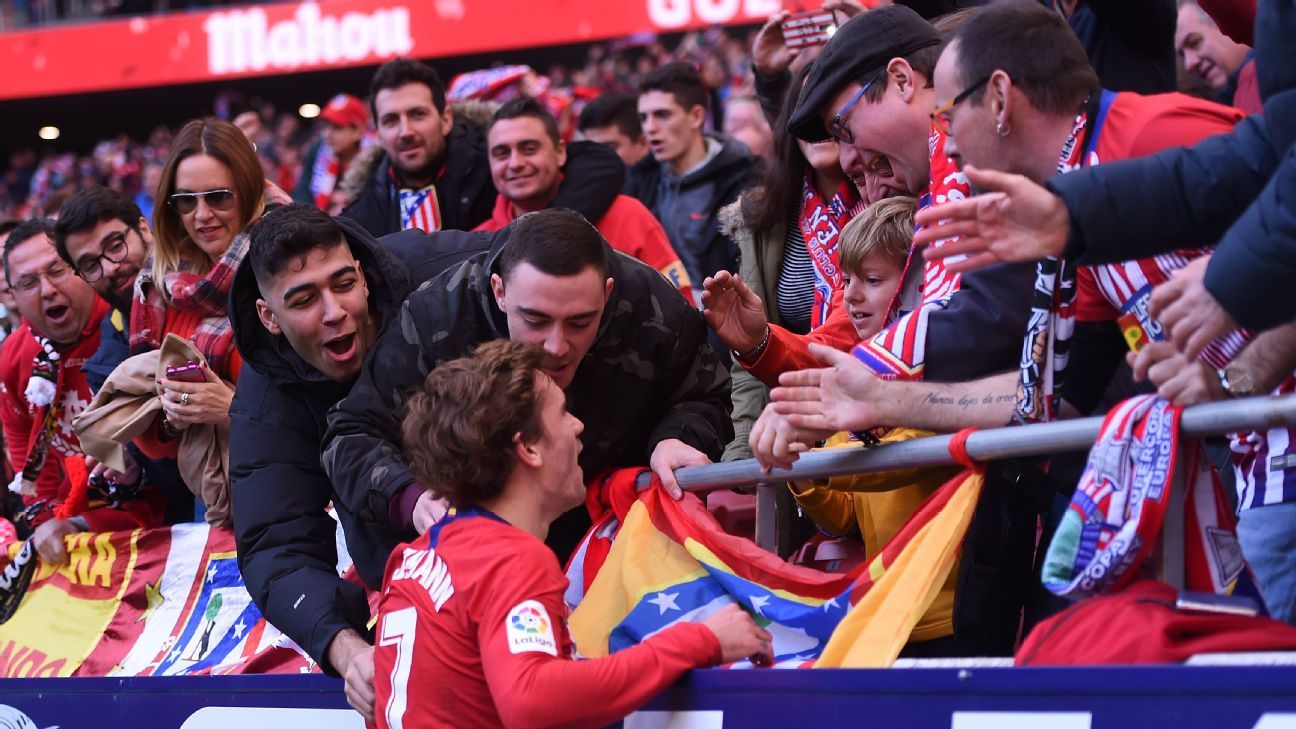 
Atletico Madrid coach Diego Simeone urged Antoine Griezmann to keep leading by example after his captain for the day scored and starred in Saturday’s 3-0 win over Alaves at the Wanda Metropolitano.

Nikola Kalinic put Atletico ahead in the first half, with Griezmann and Rodrigo adding late goals to put Simeone’s side joint top with Barcelona.

Injuries meant Griezmann took the armband and Simeone told beIN SPORTS: “He has a big responsibility in our team. He must be a leader for us.

“The most important leadership he can communicate is with his play above all — that is what the team needs from their best players.”

Simeone said high-flying Alaves had made things difficult for Atletico before the late goals wrapped up the points.

“They are a very tough team, well prepared, know what they are playing at,” he said. “We got ahead and from there, they stepped up and got closer to our area.

“We made a few changes to strengthen the midfield and defence, with [Antonio] Montoro at the back and Saul [Niguez] in midfield.

“From there we grew and the team found the other two goals, and the talent and experience of Griezmann made the difference.”

Kalinic, who joined from AC Milan in the summer, chested home a Santiago Arias cross for his first La Liga goal and was praised by his manager.

“He has been working hard a long time,” Simeone said. “He had a very difficult season at Milan last year. We had spoken.

“I base decisions on what I see, the feelings I get. He was very good the other day [in Wednesday’s Copa del Rey game against Sant Andreu], today again, and we are happy as we are recovering a kid who we need.”

However, Atleti were hit by a potentially serious knee injury to defender Lucas Hernandez who was replaced by Jose Maria Gimenez, himself returning from a hamstring injury.

“It was important to play today as I was coming back from two different set-backs,” Gimenez said. “I felt good. It is a really unlucky run, with another teammate injured now.

“We must think that this happens at all teams, although it is not normal that all four of us have been injured. But we think about recovering well and hopefully Lucas is back with us soon.”

Atletico have won six and drawn two of their eight La Liga home games, but have triumphed just once away and Gimenez said that had to change for them to challenge for the title.

“It is difficult away from home, but we want to make that step, and I believe we will,” he said. “Atletico Madrid have a team to aim for a lot.”