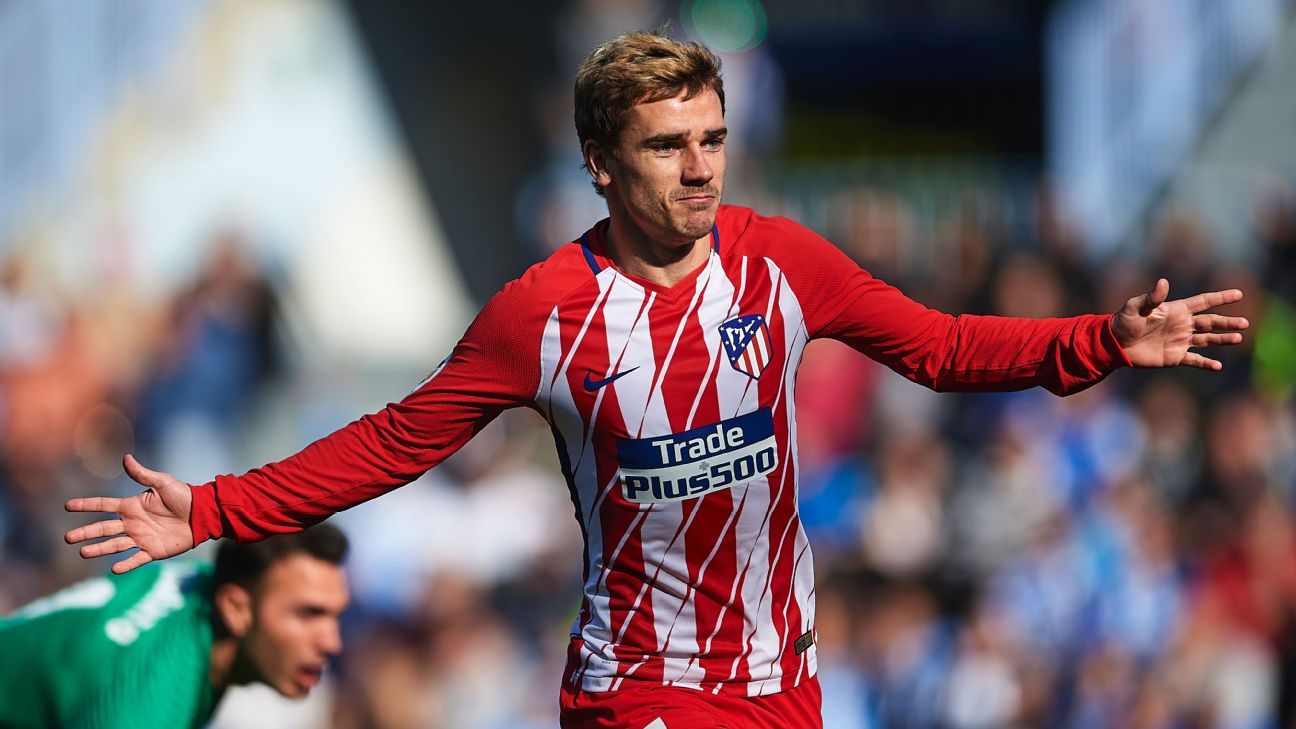 
Atletico Madrid coach Diego Simeone says chasing Barcelona in La Liga and beating Arsenal in the Europa League could convince Antoine Griezmann not to leave the club at the end of the season.

Griezmann flirted with Manchester United last year before signing a new contract with Atletico, however that deal reportedly contains a €100 million release clause which Barcelona are eager to trigger this summer.

The France international has admitted to uncertainty over what’s to come while saying he wants to have his future fully sorted before the World Cup begins in Russia in mid-June.

Speaking ahead of Thursday’s Primera Division game at Griezmann’s former club Real Sociedad, the Rojiblanco coach told a news conference that Atletico could persuade the 27-year-old to remain with them if they keep chasing Barca in La Liga and get past Arsenal in the Europa League semifinals.

“We want the best for Griezmann,” Simeone said. “We must make him see that this team can keep growing, I hope we can do that. That things are real, not just words. If we keep fighting with Barcelona, and until the final of the Europa League, we will see that each year we do something good. We must give him all the tools so that, when he needs to decide, he inclines towards staying with us.”

“This year he has been inconsistent,” Simeone said. “In the first part, he did not get that continuity which he has had since December. The numbers speak for themselves. [Diego] Costa’s arrival has liberated him and the improvement in the team also. The team did not have consistency in its play during the first half of the season. Then better play combined with results, and that has helped him.”

Clear La Liga leaders Barca dropped two points in drawing 2-2 at Celta Vigo on Tuesday evening, and the Catalans have no league fixture this weekend due to their Copa del Rey final on Saturday against Sevilla. This means Atletico could move to six points of the leaders if they win at Anoeta on Thursday, and then at home to Real Betis on Sunday evening.

“Naturally we are a team who get motivated just by putting on this jersey,” Simeone said when asked if the title was still possible. “The objective is to improve on ourselves. We have a chance to, if we win, move closer to Barcelona. The distance is enormous, but football is marvellous, anything can happen.”