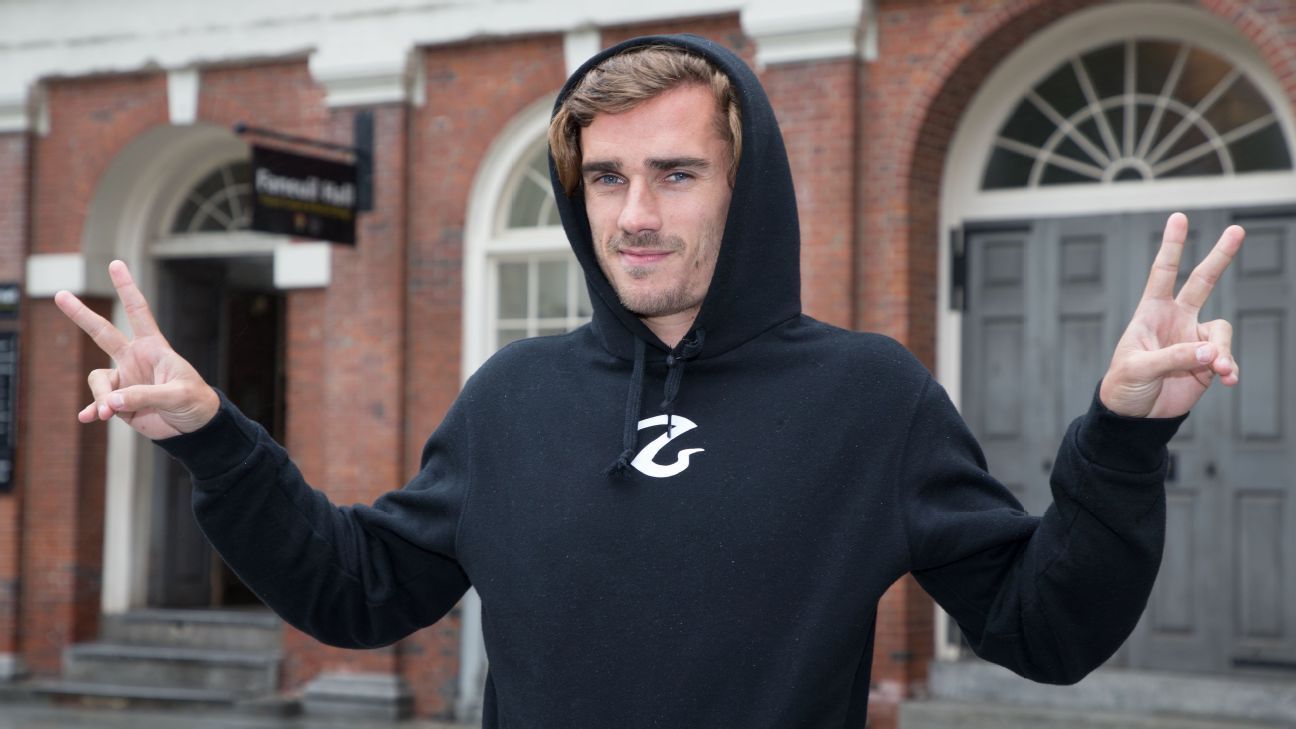 
Antoine Griezmann has told Telefoot that he now plans to stay at Atletico Madrid after the club were handed a transfer ban until January 2018.

Sources told ESPN FC that Manchester United have cooled their interest in the France striker and Griezmann had given mixed messages over his plans over recent months but expressed his support for Atletico shortly after it was confirmed that they will not be able to make any new signings until 2018 as the Court of Arbitration for Sport rejected their appeal over a transfer ban.

Last week Griezmann, who had said this week he was happy at Atletico and that his future will be decided soon, posted a message on his social media accounts reading: “Now more than ever #Atleti #Alltogether”

And on Sunday, Griezmann, who has a release clause in his contract set at €100 million (£87m), confirmed to Telefoot that he would be staying this summer.

“We have decided to stay [Griezmann and his sporting adviser Eric Olhats],” he said. “[The constant speculation and questions about his future] was pretty irritating.

“It is a difficult moment for the club and for my teammates. It would have been a really harsh blow [for Atletico] to leave. There is another beautiful season to be had.”

Atletico had been strongly linked with moves for Lyon’s Alexandre Lacazette and Chelsea’s Diego Costa this summer before the transfer ban was upheld.

Asked about France teammate Lacazette, he added: “Yes it is a shame for him, because he would have come. In December, we will be knocking on the door again.”