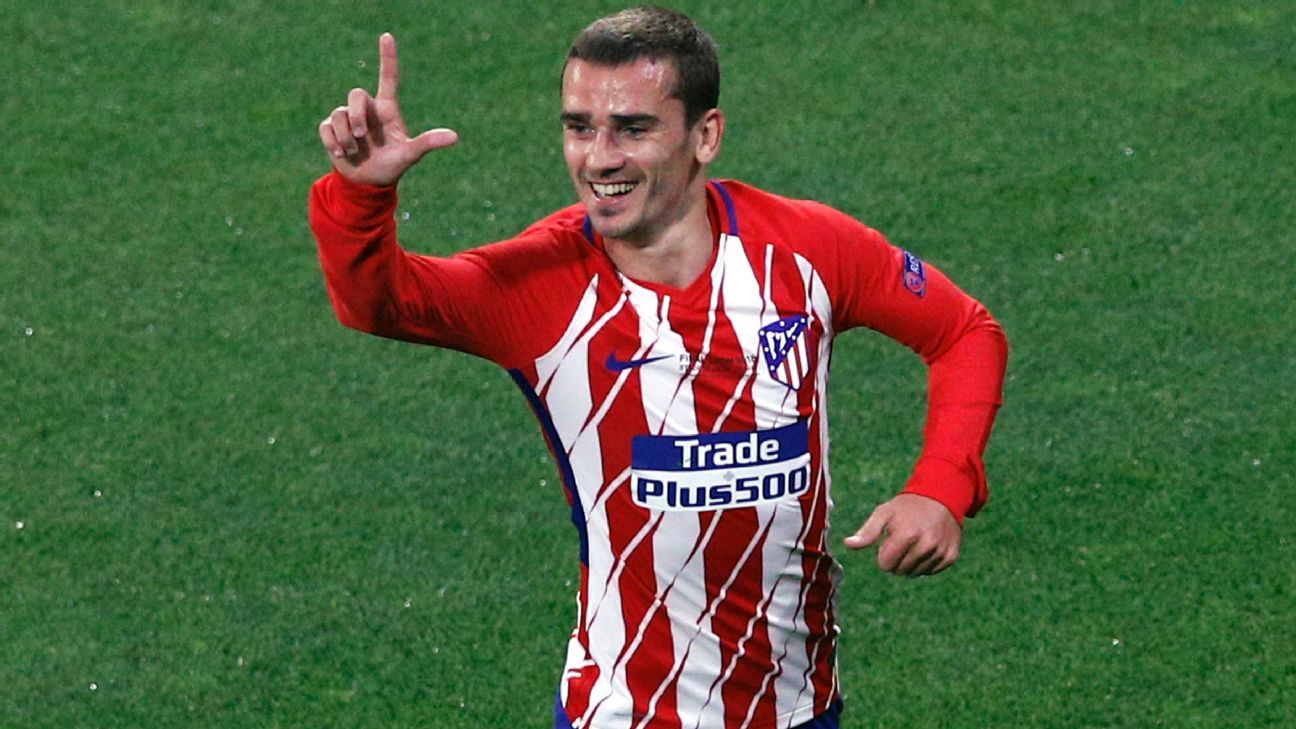 
Antoine Griezmann intends to sign a new contract with Atletico Madrid, he revealed in a televised documentary titled “The Decision,” ending a long-running courtship from Barcelona.

Atletico’s top scorer each of the past three seasons, Griezmann, 27, wanted to end the speculation regarding his future before his France side faces Australia in its World Cup opener on Saturday.

Barcelona’s pursuit played out in public for several months before Griezmann said last week that he would share his plans so that they wouldn’t overshadow the World Cup.

And yet, he opted to reveal his decision in a 45-minute TV special — in a stunt reminiscent of LeBron James’ identically titled ESPN special in 2010, when the NBA star announced he was leaving the Cleveland Cavaliers for the Miami Heat.

The method of Griezmann’s announcement was widely mocked on social media as the show aired on Spanish station Movistar+ on Thursday.

The documentary attempted to emphasise that Griezmann had been weighing his future for the past two months, showing phone conversations he had with his sister and agent, Maud, and his deliberations while visiting his horses.

Near the end, the progamme finally revealed that the Frenchman had made up his mind on June 3.

“They are doing everything possible to make sure the team keeps growing. It’s incredible. I can’t take it anymore, I need to tell the people that I want to stay,” Griezmann said.

The revelation was the end of a transfer saga that lasted over a year. Griezmann toyed with a move last summer, flirting with Premier League side Manchester United, before finally signing a new contract with Atletico when they had an appeal against a transfer ban rejected.

Links with Barca date to last summer, too, when they first realised Neymar was leaving for Paris Saint-Germain. However, they put any potential move on ice, preferring to wait until July 1, when Griezmann’s release clause would dip from €200 million to €100m.

Since then, Barca’s pursuit has been very much played out in the public eye following Diego Simeone’s comments in December that he wouldn’t stand in Griezmann’s way if he wanted to leave the club.

Barca director Guillermo Amor then suggested two days later that reports the club had been in contact with Griezmann over a summer transfer were true. As a consequence of his comments, Atletico reported Barca to FIFA for making an illegal approach for their player.

However, stories continued to leak and Griezmann helped feed the frenzy. In March, he said his future “would be decided before the World Cup,” and in April, he said everything was pending talks with Atletico.

Meanwhile, Barca went on the offensive. Luis Suarez spoke about a deal as if it were already done, Josep Maria Bartomeu confirmed meeting Griezmann’s agent and Lionel Messi said he would welcome Griezmann at the club.

Eventually, Atletico snapped. A furious statement released by the club said “enough is enough” and condemned Barca’s “inappropriate conduct” in their attempts to sign Griezmann.

The France forward then said on Tuesday at a news conference that a decision had been reached but it “is not the time” to reveal what it was.

A video then circulated on social media on Thursday, teasing that an announcement was forthcoming, before Griezmann made the decision.

Earlier this week, Atletico announced a deal in principle to sign Griezmann’s France teammate Thomas Lemar from Monaco for a reported €60 million transfer fee as part of an effort to persuade Griezmann to remain at the club. Sources said Griezmann worked actively to bring Lemar to Atletico.

In another signal of their intent to compete for the title in La Liga next season, Atletico signed defender Jose Maria Gimenez, linked recently with Real Madrid and Manchester United, to a contract tying him to the club through 2022-23.

Throughout the whole process, even after Griezmann’s news conference, Barca remained optimistic that months of work would end up with the signing being completed.

The La Liga champions will now have to adjust their summer transfer strategy, though, following Griezmann’s decision to snub them in favour of remaining at Atletico.