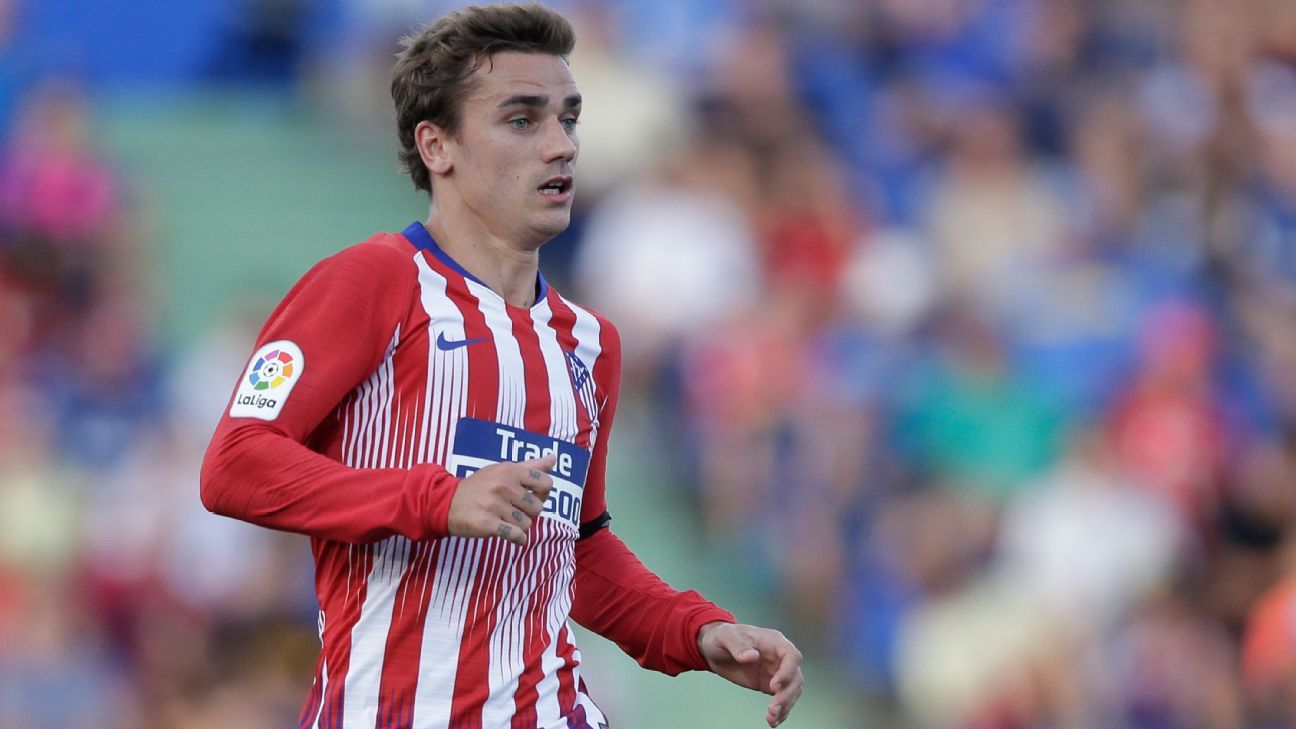 
Antoine Griezmann said he lost sleep during the summer as he debated whether to leave Atletico Madrid for Barcelona.

Griezmann decided to sign a new contract with Atletico rather than join Barca in a video released before France’s opening World Cup game against Australia in June and said it was the “most difficult” decision he has ever made.

“There were times when I wasn’t feeling good,” Griezmann told Telefoot. “I spoke about it with my wife. I woke her up at three in the morning and asked her, ‘What are we going to do?’ Because I tried to talk about it, but she can’t help me, she doesn’t know what I’m thinking. My parents, either. Some members of my family wanted to see me [at Barcelona], others no, so, it was difficult.”

Griezmann has been at Atletico since moving from Real Sociedad in 2014. He helped them win the Europa League and UEFA Super Cup this year and also won the World Cup with France.

He has forged a strong bond with other Atletico players, many of whom did what they could to convince their top scorer to stay.

“Everyone was calling me, seeing how I was, asking me what I was thinking,” Griezmann said. “Each time, they said to me, ‘We want you to stay. We’ll do everything for you to stay. We’re ready to do a lot of things.’ That touches you.

“In the Champions League, we want to do better than we did last year when we weren’t able to get past the last 16. I think that it was mostly my fault because I wasn’t good mentally, and in the league — as usual — to challenge [Barcelona and Real Madrid].”

And while the World Cup ended nearly three months ago, Griezmann remains fixated on marking the win with a championship ring for his teammates.

An NBA fanatic, Griezmann reportedly contacted a Los Angeles jeweller to produce a ring design that he — after some help from France teammate Paul Pogba — is delighted will come to fruition.

“Paul has spoken to the [French Football] Federation,” Griezmann said. “They’re going to help us a bit. When they give them to us, we’ll be like kids. It’ll be cool.”