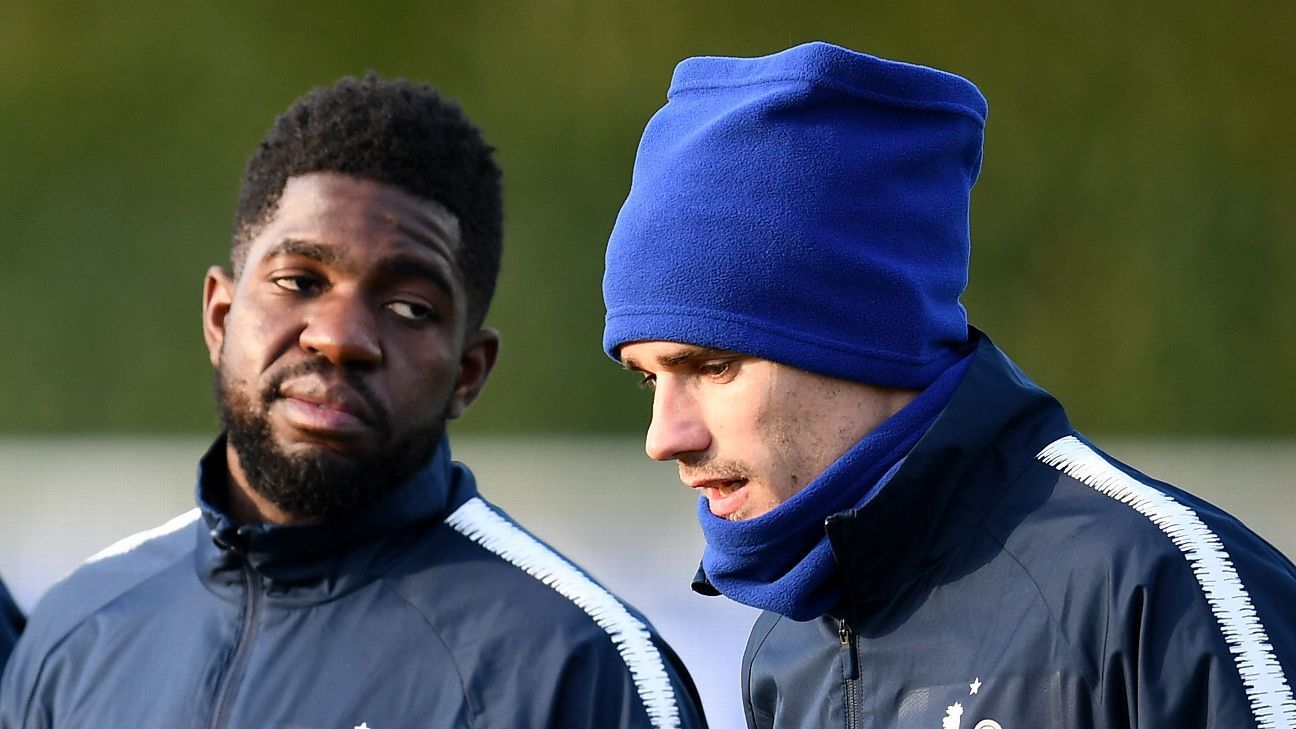 
Samuel Umtiti told Canal Plus he has spoken with France teammate Antoine Griezmann about a move to Barcelona with the Atletico Madrid forward set to make a decision on his future soon.

Griezmann said recently he will have made up his mind about whether or not to stay at Atletico for next season before he heads off to the World Cup with France in June.

That meant the international break was Umtiti’s last opportunity to convince Griezmann to join him at the Camp Nou — and it was one the former Lyon centre-back did not waste.

“I got myself into agent mode! No, I’m kidding,” Umtiti said. “It’s true that we talk about it a lot. I was able to talk about it with him, but just to find out what he thinks of my club. But everyone thinks good things about it. It makes them dream. Players of that level. … If he comes, we’d have to play with six forwards.”

Umtiti, however, may not even be at Barca next season. Manchester United manager Jose Mourinho is believed to be a big fan of the 24-year-old and is reportedly ready to triple the €3 million annual salary he earns at Barcelona.

Given Umtiti’s progress following his move to Spain in 2016 and the increase in transfer fees, the €60m buy-out clause in Umtiti’s contract, which runs until 2021, would make the Cameroon-born defender a bargain.

Umtiti said United are not the only ones interested, but that, for the moment, he is only focused on success with Barca.

“My clause isn’t much. Everyone is aware of that. It’s something that concerns me, but doesn’t interest me,” Umtiti said. “I’m really about the pitch, about enjoying myself. The truth is that there is interest from several clubs.

“But I have so many objectives to achieve with Barcelona that there isn’t any question of it. Things go very, very, very quickly in this world. All that I can say is that I’m very happy.”

He also quashed reports in the Spanish media that he has begun contract extension talks with his club.