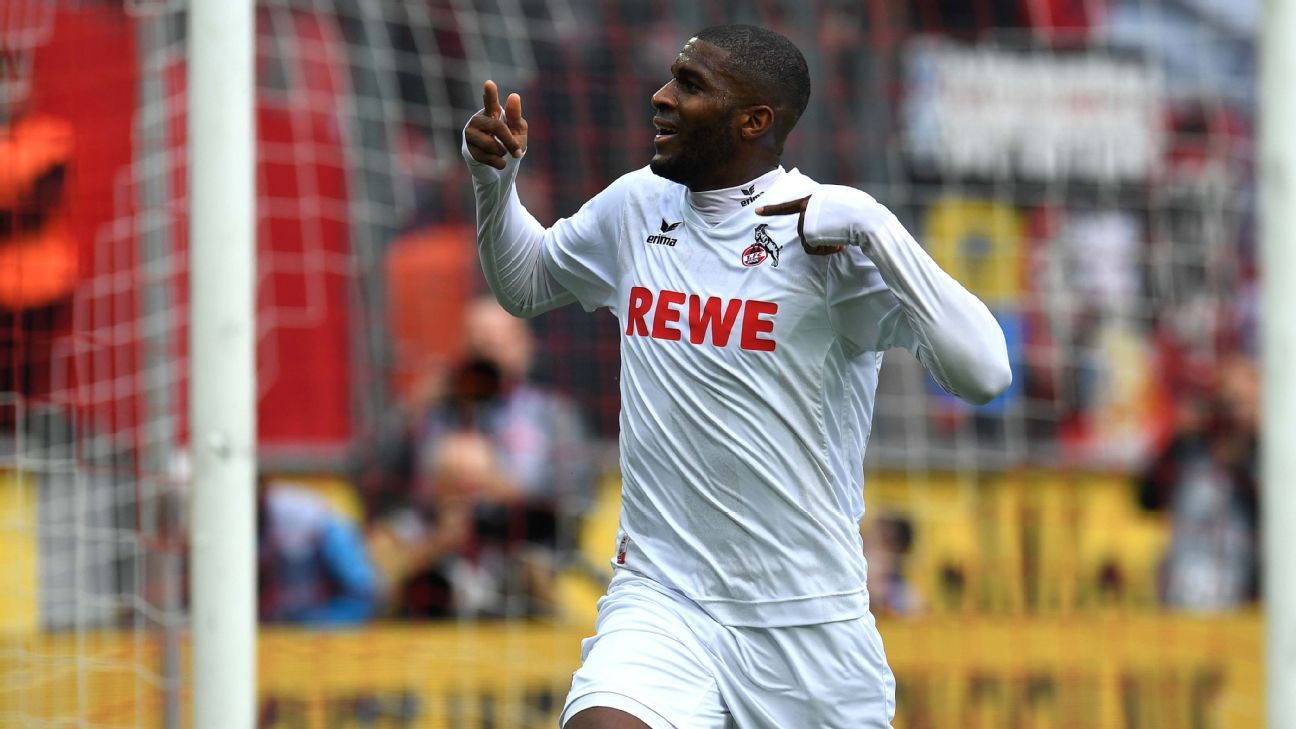 Having secured Cologne their return to Europe after 25 years with an outstanding season in which he scored 25 goals, French attacker Modeste, 29, has now completed his move to China.

Cologne had terminated discussions “after the parties involved were not able to reach an agreement” and Modeste joined the Bundesliga season as they began preseason before the deal was resurrected.

The attacker joined Cologne from Hoffenheim in 2015 for a reported fee of €4.5m and had been under contract until 2021.

He struck 59 goals in 123 top-flight appearances for the two Bundesliga sides, and last season was the league’s third highest scorer behind Pierre-Emerick Aubameyang and Robert Lewandowski.

Cologne have already signed a replacement for the French attacker, with 24-year-old Jhon Cordoba joining from Mainz last month for a reported club record transfer fee of €17m.