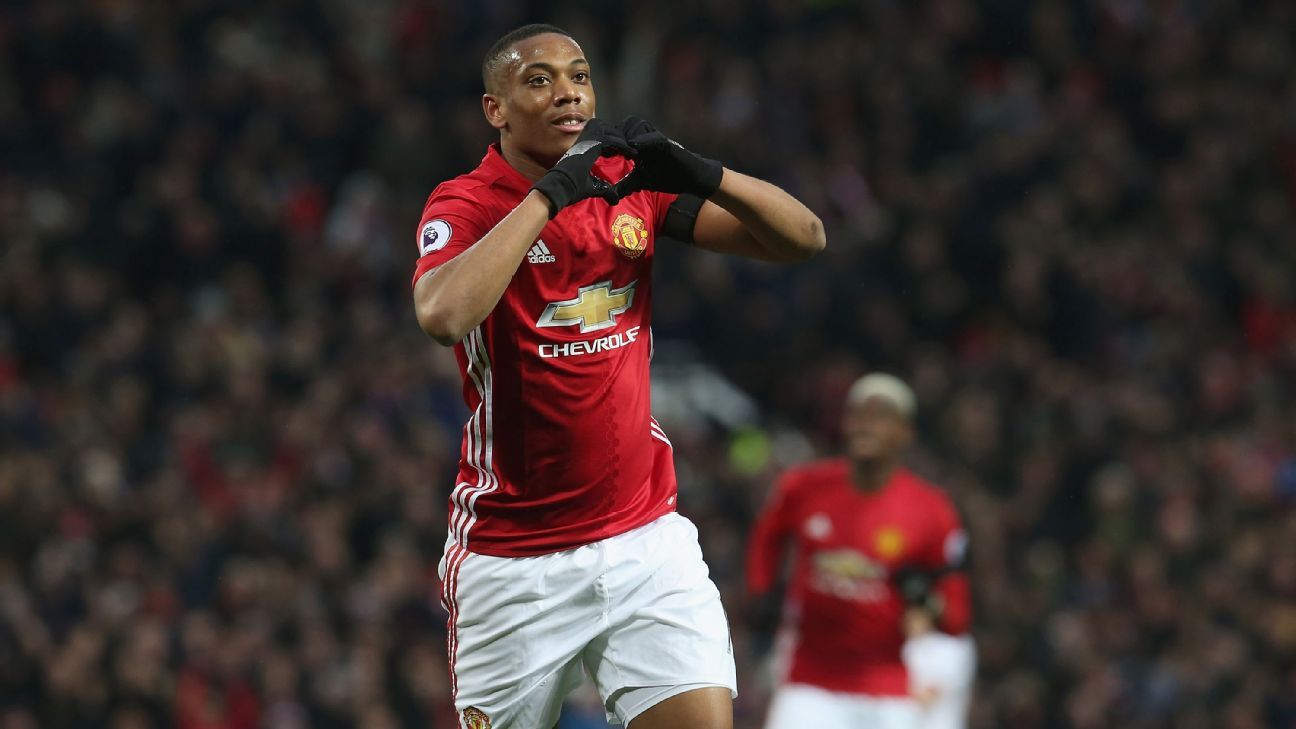 
Anthony Martial’s agent has said the forward has “no reason” to leave Manchester United despite finding himself on the fringes of the first team last season.

Following his 2015 arrival from Monaco, Martial, 21, made 32 Premier League appearances in his maiden season in England — all but two of which were starts — while netting 11 times under Louis van Gaal to finish as United’s leading scorer.

However, his progress was stunted following the arrival of Jose Mourinho last summer, the success of new signing Zlatan Ibrahimovic and the flourishing of Marcus Rashford and Jesse Lingard, all of which contributed to limiting the France international’s opportunities last term.

Though he played in 25 Premier League matches, he made just 18 starts and found the net only four times, while his reduced playing time led to France coach Didier Deschamps opting to leave him out of his squad for this month’s internationals.

West Ham have been touted as potential suitors for Martial — who signed a four-year contract upon his arrival at Old Trafford — should he decide to seek a fresh opportunity.

However, Martial’s agent, Philippe Lamboley, insisted Martial’s future is bright and he wants to remain at United unless the club decide otherwise.

“I would like every 21-year-old player to have already played 180 games with the pros,” Lamboley told Journal du Dimanche.

“Anthony’s career is quite simply exceptional. He has two years left on his contract, and there is no reason today for him to leave Manchester.

“If Ed Woodward [United vice-president] calls me to tell me he wishes to see him leave, things will be different. But that’s not what he said to me during our last meeting.”