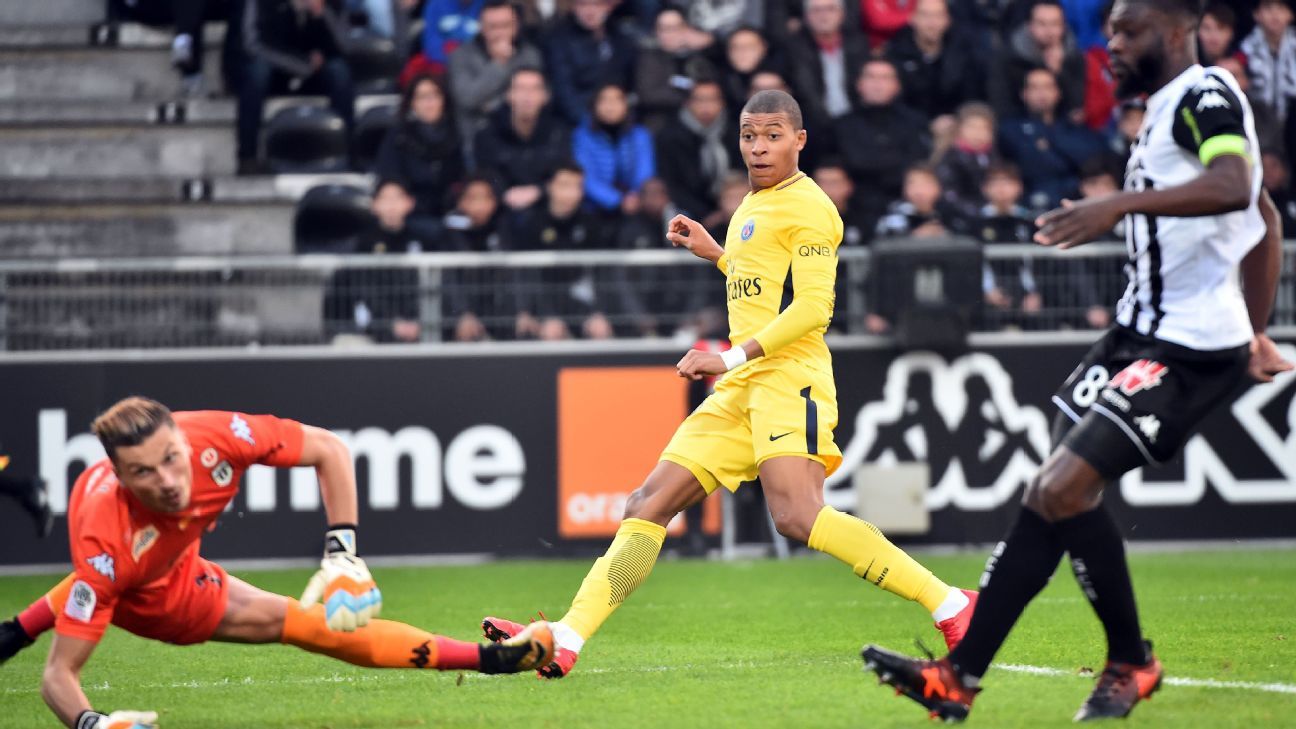 Cavani passed 100 goals in the French top flight in a facile victory for the star-studded Parisians.

The runaway French league leaders flexed their muscles once again, extending their unbeaten start to the campaign to 12 matches.

Julian Draxler also found the target on a night where PSG dominated from first to last.

So dominant were the visitors that they hardly even missed Neymar, who sat out the clash with a thigh problem.

Marauding full-back Dani Alves set the tone with a string of pacy runs and inch-perfect passes to which Angers could simply find no answers.

The former Barcelona full-back turned in a vintage display of Brazilian flair as Unai Emery’s men made light work of their 10th league win in 12 games.

Mbappe put PSG ahead as early as the fifth minute, firing home a sweet first-time effort as Alves’ teasing cross dropped over his shoulder.

The 18-year-old made his fifth PSG goal in all competitions for the season look effortless, such was his sterling technique.

Alves was at it again for PSG’s second, threading a fine through-ball for Draxer, who raced clear and dinked the ball over the onrushing Angers goalkeeper Mathieu Michel.

Mbappe’s flashy backheel then teed up the third, with Cavani rocketing home his 100th goal in France’s top flight.

PSG took just the three-goal lead into the break and, despite a low-key opening to the second half, still eventually pushed themselves further ahead.

Cavani doubled his tally for the night to put PSG four goals to the good on the hour mark before Mbappe claimed his second late on.