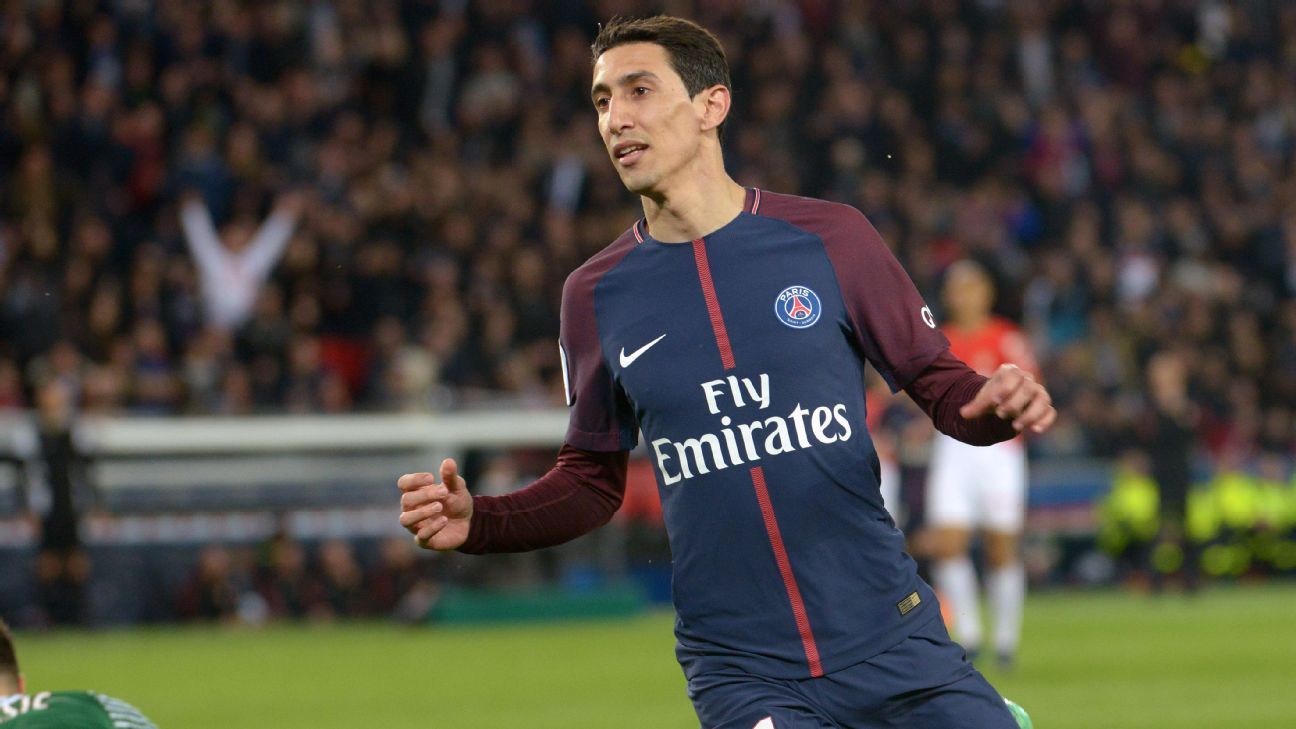 
Recently crowned Ligue 1 champions Paris Saint-Germain will be without attacker Angel Di Maria and midfielder Marco Verratti away at Bordeaux in Ligue 1 on Sunday after both were left out of coach Unai Emery’s 20-man squad.

Midfielder Lassana Diarra was also left out but U.S. international Timothy Weah has been included, as well as fellow youngster Lorenzo Callegari.

Di Maria is in “pain,” while Verratti still has problems with his left adductor and Diarra is nursing a left thigh complaint.

Weah did not feature in PSG’s 3-1 win away at Caen in the Coupe de France semifinal on Wednesday but has been selected again, while Callegari has spent most of the season on the fringes because of a dispute with Les Parisiens over an unsuccessful contract extension.

Kevin Rimane joins Weah and Callegari in the travelling party but there is no room for third choice goalkeeper Sebastien Cibois with Alphonse Areola and Kevin Trapp ready for action, so he stays with the reserves.

Neymar is continuing his recovery in Brazil, while Hatem Ben Arfa has a right knee injury but has not been selected for a single senior match squad this campaign.