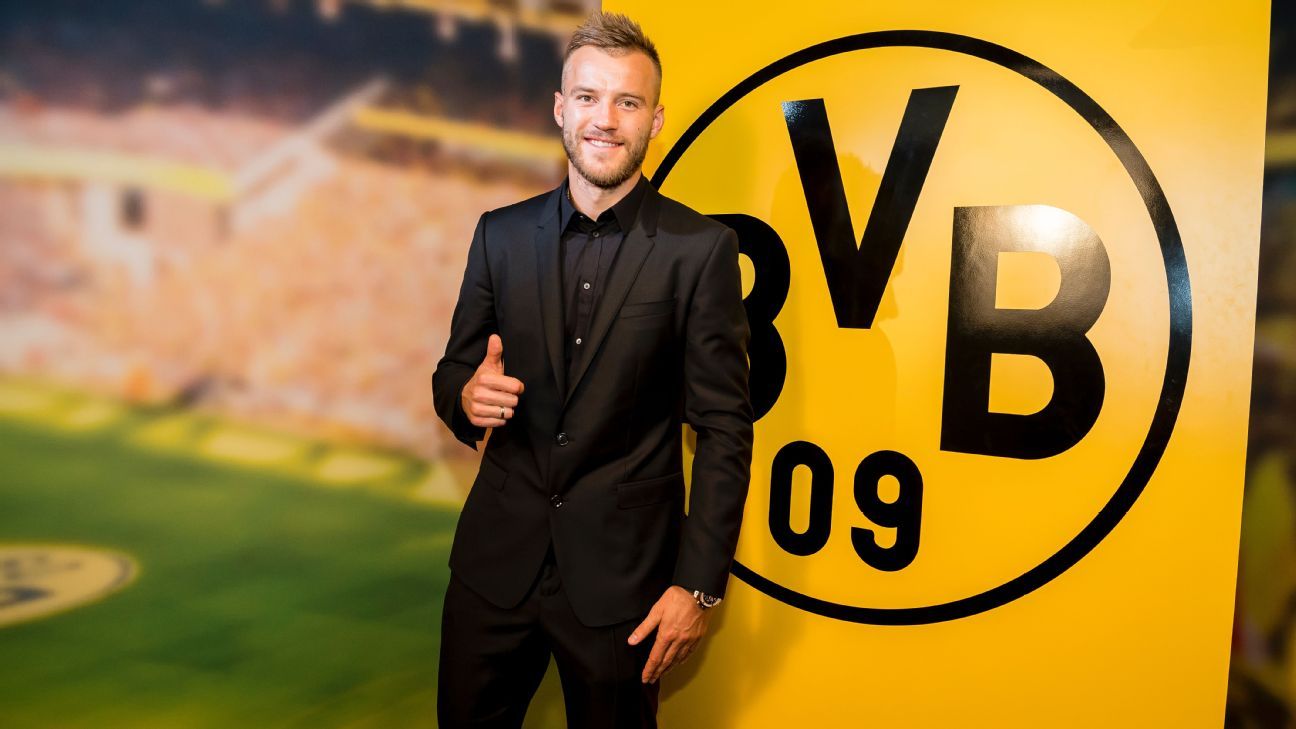 
Andriy Yarmolenko’s €25 million to Borussia Dortmund set a new record transfer fee for a sale by Dynamo Kiev, beating the €23m the club collected for Andriy Shevchenko when he moved to AC Milan in 1999.

That is flattering in the extreme, of course, though Yarmolenko only managed to equal the overall Ukrainian transfers record. It belongs to none other than Dmytro Chygrynskiy, bought by Barcelona from Shakhtar Donetsk in 2009.

Chygrynskiy is now rightfully considered one of Pep Guardiola’s worst purchases, even though the signing itself made sense at the time. At the age of 23, the stopper was considered a very bright prospect, and the coach admired the way he combined physical robustness with ball-playing skills. Two major problems prevented him from making his mark at the Camp Nou. Expectations were way too high following the high-profile transfer, and the acclimatisation process was painfully slow, even though Yaya Toure — who speaks good Russian from his spell at Metalurh Donetsk — acted as a translator.

Both issues are likely to be relevant as far as Yarmolenko is concerned as well. Take Yevhen Konoplyanka, for example, the former Dnipro star who is arguably more talented and explosive than Yarmolenko, and Unai Emery specifically wanted him at Sevilla in 2015. However, the winger failed to settle in Andalusia, and suffered mightily at Schalke last season, not fulfilling even one tenth of his potential.

Things might be changing this term, as Konoplyanka seems to have found a mutual understanding with new Schalke coach Domenico Tedesco, but that is still uncertain, and Yarmolenko surely won’t be given two years to prove himself at Dortmund. “Language is a big problem for our footballers, and Yarmolenko is likely to need time to settle,” Tribuna journalist Volodymyr Harets told ESPN FC.

As for expectations, look no further than the irresponsible Bild headline that claimed: “The Ukrainian star is Dortmund’s new [Ousmane] Dembele.” That must be the exaggeration of the year, and Yarmolenko’s abilities are not even close to those of the new Barcelona man, sold by BVB for an initial €105m.

Dembele is a two-footed with incredible dribbling skills, who is capable in time of replacing Neymar at the Camp Nou. Yarmolenko doesn’t have the pace of Dembele, his technical abilities are much less varied, and his right foot is rather weak. In fact, the former Kiev star is more similar in style to Arjen Robben than Dembele, because he loves to operate on the right wing and cut inside.

Had Yarmolenko left Kiev a few seasons earlier, he might have developed into a star, but long years of rumours, with Arsenal and Liverpool frequently mentioned as potential suitors, came to nothing, with club president Ihor Surkis always refusing to sell.

“Andriy is a player we have tracked for a long time,” Dortmund sporting director Michael Zorc said, and BVB indeed offered €20m in the summer of 2015, only to be turned away. The player then strangely signed a new contract instead of leaving as a free agent to move to a more high-profile league.

The Ukrainian league used to be an exciting competition, with Dnipro and Metalist Kharkiv fighting with Dynamo and Shakhtar at the top. They have now collapsed, and the whole league is in disastrous state. Yarmolenko’s scoring record in Ukraine during the last two seasons looks decent, but is irrelevant when evaluating his form. His contributions in the Champions League were poor, with just two goals in 2015-16, and a single goal last season. We have to go back to March 2015 to remember the winger’s truly outstanding European performance in the 5-2 thrashing of Everton.

That is when Dortmund and Liverpool wanted him, but now — at the age of almost 28 — Yarmolenko could be past his prime, and those heights were not extraordinary anyway. “Andriy was not making his best effort during the last two seasons. He didn’t have to in the Ukrainian league, and that is why he stagnated. There is a feeling that he is capable of playing better,” Harets said.

But can he really get back to the top of his game? Yarmolenko’s performances at Euro 2016, the only big international tournament he has been part of, were poor to put it mildly, as he failed to lead a team that finished goalless and pointless in a group containing Germany, Northern Ireland and Poland.

The pace of the Ukrainian league can’t be compared to the Bundesliga. Would it be logical to expect a player who is used to taking things easy and still getting plaudits for occasional glimpses of brilliance, to be ready to fight for every ball against strong opposition throughout 90 minutes twice a week? Is he mentally and physically ready for that?

“Everyone in Ukraine is very surprised with this transfer. Two people should be very happy — Yarmolenko and Surkis, who got a lot of money and silenced the critics who claimed that he is unable to sell players. As for Borussia, I am not so sure,” Tribuna editor Oleksandr Tkach told ESPN FC.

Surkis is indeed delighted. “We are only parting with Yarmolenko for a while,” the president said when wishing his star luck in Germany, making it clear that he expects to see him back later in his career. Dortmund must hope that they won’t have to return the winger to Kiev within a year at a low price, like Barcelona did with Chygrynskiy who went back to Shakhtar for €15m.

And that, basically, is Yarmolenko’s most important challenge. He won’t be the new Shevchenko, and he can’t be the new Dembele. His aim is to avoid becoming the new Chygrynskiy.