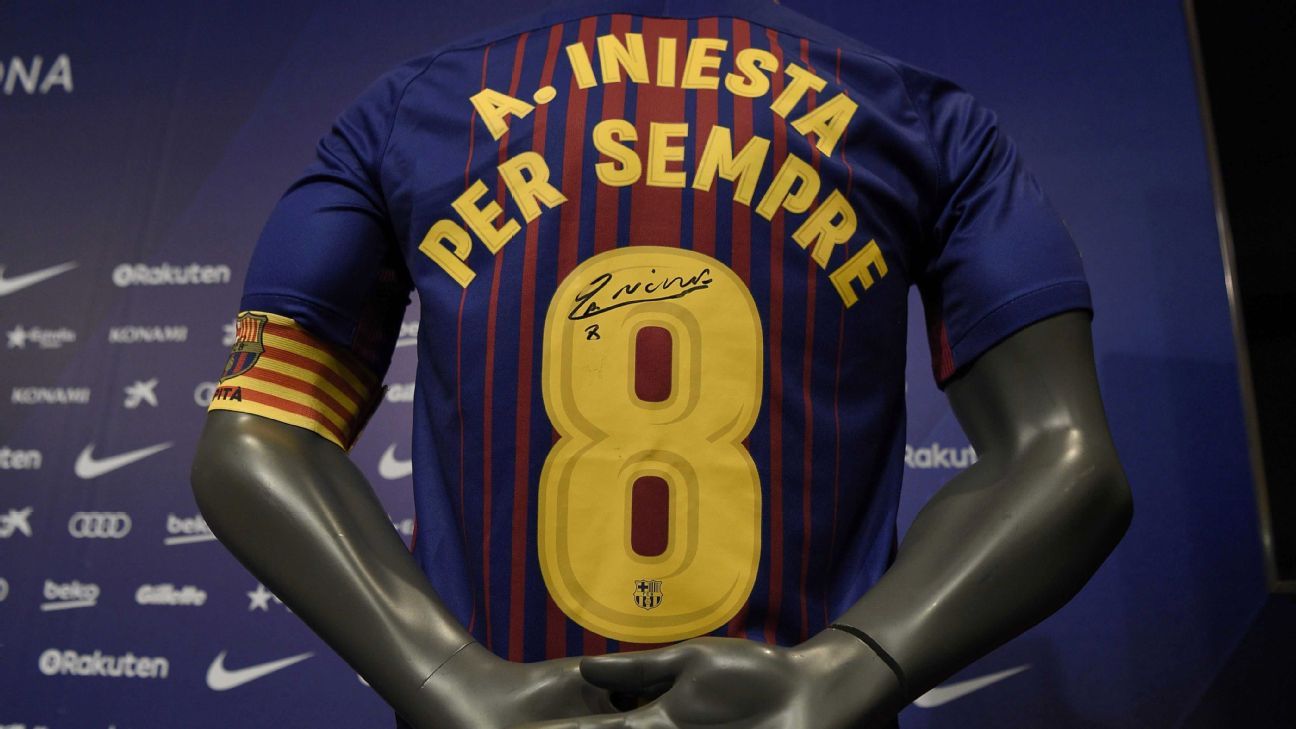 
On Friday morning at Barcelona’s club shop, a special shirt was printed that would be paraded at a special news conference. On the back, it carried the number 8 and the words “A. Iniesta Per Sempre” (“A. Iniesta forever”). But nothing lasts forever, especially in football, so what exactly is the significance of the lifetime contract the Catalan club have handed to Andres Iniesta?

One thing it will not mean is that Iniesta, now 33, will hang around until he’s nearly 40, picking up a paycheque and making the odd appearance in meaningless Copa del Rey fixtures. The player himself was quite clear about that.

“I will not be here forever just to play two games a year,” he said when asked to explain the unprecedented lifetime contract he had signed alongside president Josep Maria Bartomeu just half an hour earlier. “I will be the first to know when this is over. I don’t want to be here for the sake of being here. I want to be here because I’m important; because I am relevant to the club, the team and my teammates.”

In fact, he even suggested that last year he had begun to pick up the first signals that maybe his career was coming to end.

“Last season I was six months younger and it looked like I might have been finished,” he continued. “Now, this season, I’m older and things are going well, it’s like I have been reborn. I will follow my body and my head because they will know better than anyone else when it’s time [to retire] but it’s not something I’m thinking about.”

That would certainly explain the delay in getting this deal done. Iniesta’s contract was due to expire next summer and there were increasing doubts about where his future lay. An interview with El Pais in August led to the interpretation that he wasn’t entirely satisfied with how the board had handled certain issues — as did his denial of Bartomeu’s claim that a contract had been reached in principle last month. But he insisted there had never been any problems with the club.

“I never thought ‘I’m leaving,’ it was more a question of weighing things up,” he added. “It was about finding the common ground. There was never really a problem between the club and me.”

The club certainly come out of Iniesta’s new deal well. Following a failed vote of no confidence against the board, uncertainty around Lionel Messi’s contract renewal and resignations over the decision to play Sunday’s game against Las Palmas in an empty stadium, they needed a PR win. A lifetime contract for a club legend, someone who has won 30 trophies since making his first-team debut in 2002, certainly papers over some cracks.

It also means any future criticism about how they’ve handled Iniesta is not on them. Anything Iniesta chooses to do with his career is on him. The club have done everything they can to ensure the player once described by former coach Luis Enrique as “world heritage,” a wonder to be enjoyed by everyone, sees out his years at Camp Nou.

Perhaps, then, it’s more of a gesture than a contract. And a fitting one at that. It removes any nagging doubts that Iniesta, compared by Luis Enrique on another occasion to Harry Potter , may leave imminently. It also shows that the club’s commitment to it’s second highest appearance maker (639, bettered only by Xavi Hernandez’s 767) is total.

The lifetime part is actually more relevant to what comes next. Barca say Iniesta can continue at the club in whatever non-playing role he likes once he finally decides to hang up his boots. It’s not something he’s given much thought to yet, but he’d like to remain in the game.

“I want to extend my career for as long as I can,” he said. “It’s true that time is against me and I am closer to hanging up my boots, but one thing I have clear is that I will be involved in football, I don’t know how, but I will be related to football. It’s my life. It’s where I feel comfortable.”

At the moment, he’s still comfortable in Ernesto Valverde’s lineup, too. A mainstay in the midfield, Iniesta has started seven of nine games since the Spanish Super Cup defeat to Real Madrid and is very clear when he speaks that the present and winning trophies this season is all that matters.

How long his lifetime contract will last is a debate for further down the line. For now, there’s no sign of those No. 8 shirts with Iniesta’s name on the back ceasing to be printed.