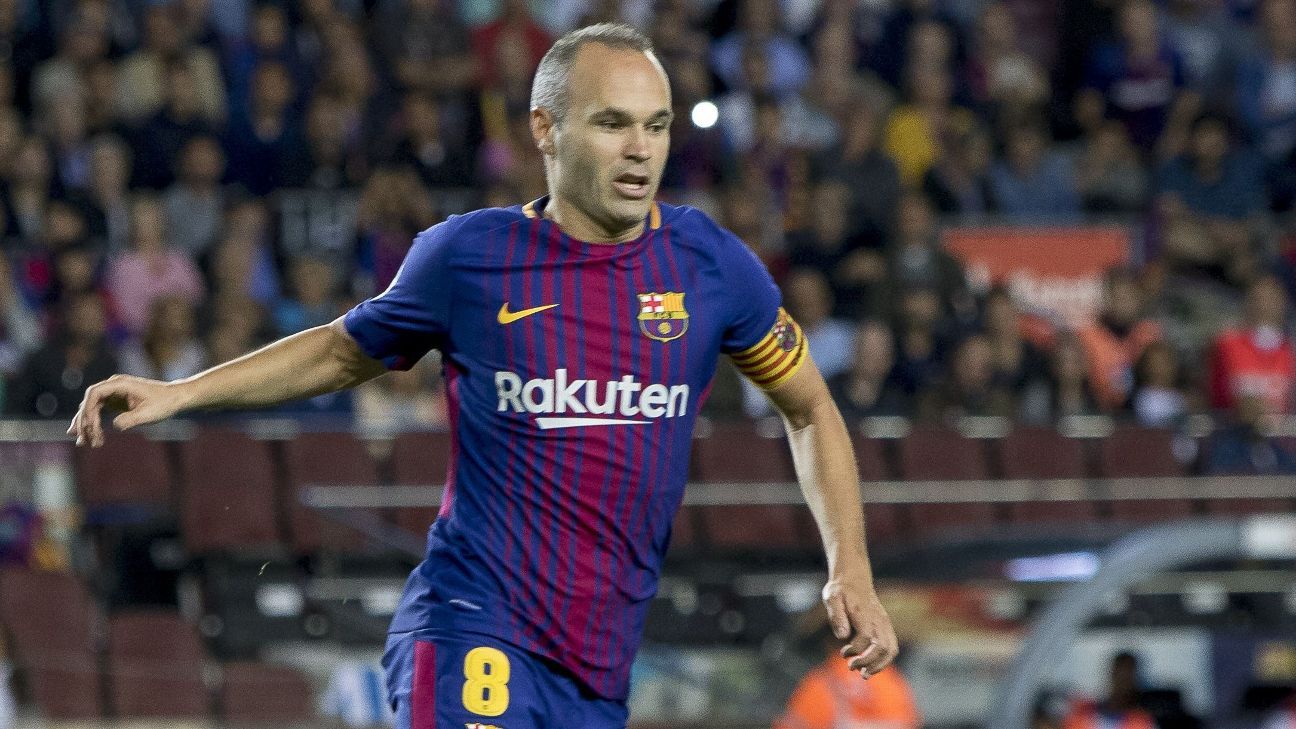 
BARCELONA — Andres Iniesta has been included in Barcelona’s squad for Saturday’s match against Sevilla after being given the all clear to return from a thigh injury.

Iniesta has missed Barca’s last two matches but returned to training on Thursday and was included in Julen Lopetegui’s Spain squad on Friday for next week’s friendlies against Russia and Costa Rica.

Despite his call-up for international duty, though, there had still been doubts about whether he would be available for the match with Sevilla at Camp Nou.

But Barca’s medical team gave him the green light to make his comeback after training on Friday, providing a timely boost for Ernesto Valverde, who saw midfielders Sergi Roberto and Andre Gomes both ruled out for around a month earlier this week.

“Iniesta is the same as Messi, he’s an extraordinary player,” Valverde said when asked if Barca were too dependent on their captain.

“It’s normal that it tells when he doesn’t play. The presence of Andres — or, in this case, the absence — is always noticed. But we also have other players with good qualities that can do well for us [in midfield].”

As well as Roberto and Gomes, Barca are also missing Rafinha, Arda Turan, Ousmane Dembele and Aleix Vidal due to various injuries.

Dembele was ruled out until the New Year in September, but there had been hope his recovery was ahead of schedule this week when he posted a photograph on Instagram wearing a pair of football boots.

But Valverde tempered the excitement, saying: “He did a recovery session in the sand… without boots.

“It’s the normal process. I spoke with him, he’s happy, things are going well. The recovery is going as planned. We don’t expect to have him back before Christmas.”

Barca can make it 16 games unbeaten if they avoid defeat against Sevilla on Saturday.

A win would also see them move on to 31 points from a possible 33 in La Liga, taking them temporarily 11 points clear of Real Madrid, who don’t play Las Palmas until Sunday.

“This is just getting started,” said Valverde, warning against complacency after Barca’s encouraging start to the campaign.

“It’s absurd to be doing somersaults at this stage of the season, everything can change in a week.

“We have to focus on ourselves and on our own game. Right now, that means being competitive and winning against Sevilla this weekend.”