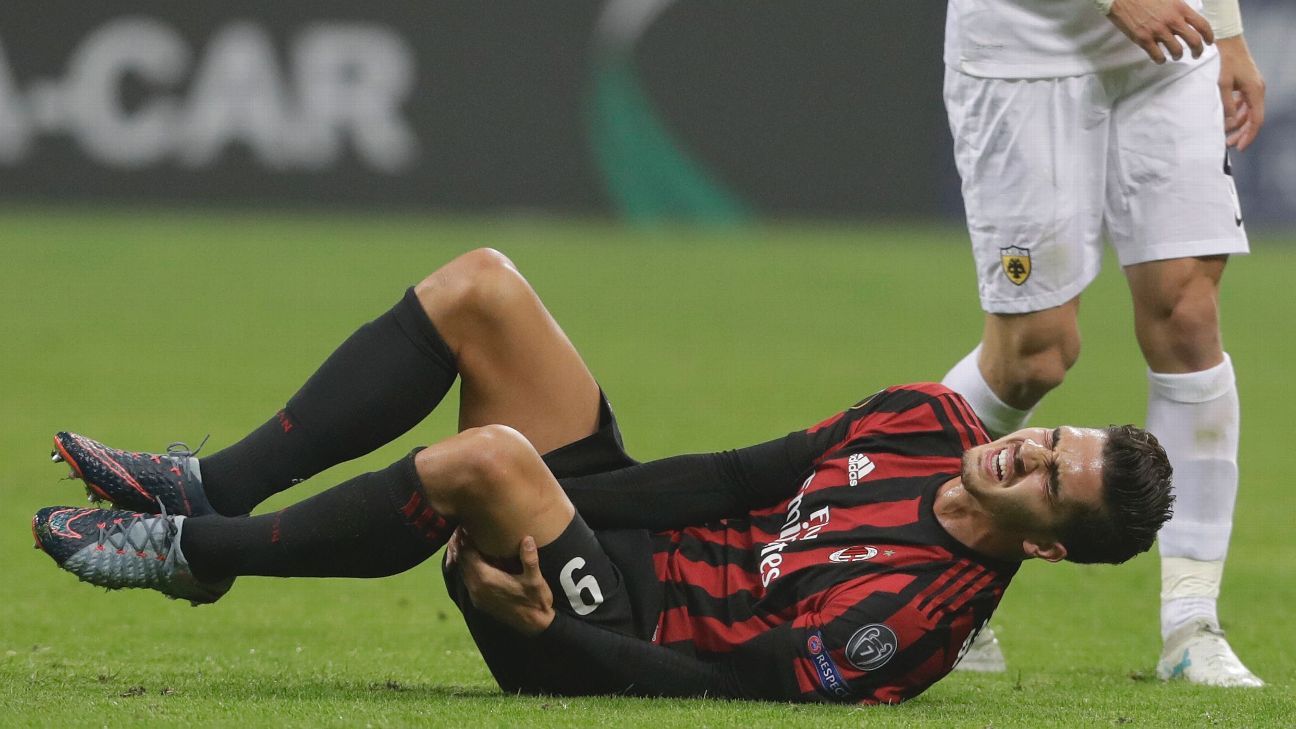 
AC Milan were held to a goalless draw by AEK Athens at the San Siro on Thursday night as Milan produced an infuriatingly uninspiring performance. Vincenzo Montella’s side remain top of Group D, but the Milan coach and players were rightly jeered off the pitch after the full-time whistle.

Perhaps there were brief moments of some quality as a team and certain individuals put in a decent shift, but Milan simply weren’t good enough in most departments to deserve more from the game.

Dull, slow and wholly uninspiring. The Rossoneri never really launched a sustained period of pressure on the visitors, and needed to be more clinical when they had their opportunities. There was no flow to their play, despite having so much creativity in the starting lineup, and they lacked urgency and intensity throughout.

4 — Montella is coming under an increasing amount of pressure. Three consecutive defeats in Serie A and now this draw have given his detractors plenty of ammunition. His tactical setup and overall approach aren’t getting the best out of this squad, but his players must take responsibility too.

GK Gianluigi Donnarumma, 6 — Produced a couple of smart saves and was alert whenever called upon. His distribution was risky at times again though.

DF Mateo Musacchio, 5 — Did reasonably well defensively and battled hard, but there are still errors creeping into his game. Has lost the composure on the ball that he showed earlier in the season too.

DF Leonardo Bonucci, 5 — Was wayward with his passing on occasion, and yet again he allowed the opposing forwards to skip past him too easily at times. Overall though with AEK not threatening too much, they didn’t ask further questions of him.

DF Ricardo Rodriguez, 6 — A decent display both from a defensive perspective and as an attacking threat when switched to the left in the second half. AEK didn’t particularly have much joy down Milan’s left flank and the Swiss international was a big reason as to why.

MF Davide Calabria, 5 — Didn’t do too much wrong, but didn’t do too much right either. An average display, but in his defence he worked hard and at least continued to push till the final minute.

MF Suso, 6 — Had his moments in terms of creating chances for Milan, but too often slowed up play and wasn’t willing to try more. As a leading creative spark in this team, the Spaniard needs to step up and be more consistent. However, he looked the most likely source of inspiration.

MF Manuel Locatelli, 6 — Perhaps a little generous, but at least Locatelli looked like he was willing to get stuck in and battle for the win. Didn’t do enough with his passing as he was asked to do more creative work than he should have been, and it’s difficult to argue that he’ll replace Lucas Biglia at the weekend.

MF Hakan Calhanoglu, 4 — Worst of the bunch. When he wasn’t losing his footing, he rarely did anything positive with possession and aside from a well-struck shot around the hour mark, he didn’t threaten throughout.

MF Giacomo Bonaventura, 5 — Similar to Suso, as although he looked threatening at times, he never delivered that bit of quality in the final third that was needed. In turn, it became a hugely frustrating night and he couldn’t have a positive influence on proceedings out on the left.

FW Patrick Cutrone, 6 — The only player to really impress. Battled hard throughout and showed great determination and desire. In addition, made smart runs and had his chances but all that was missing was a goal.

FW Andre Silva, 5 — While he can’t be faulted for commitment and a desire to try and make something happen, the execution just wasn’t there from the Portuguese international. Has really impressed in this competition so far, but he couldn’t follow it up against AEK.

FW Nikola Kalinic, 5 — Almost produced a brilliant assist for Cutrone with a deft flick through, but aside from that, didn’t really change the pattern of the game.

MF Franck Kessie, NR — Aside from conceding a couple of fouls, there wasn’t enough time to get up to speed with the game and influence matters.

MF Fabio Borini, NR — Came on too late to have an impact. The game arguably needed some of his determination and urgency earlier on.