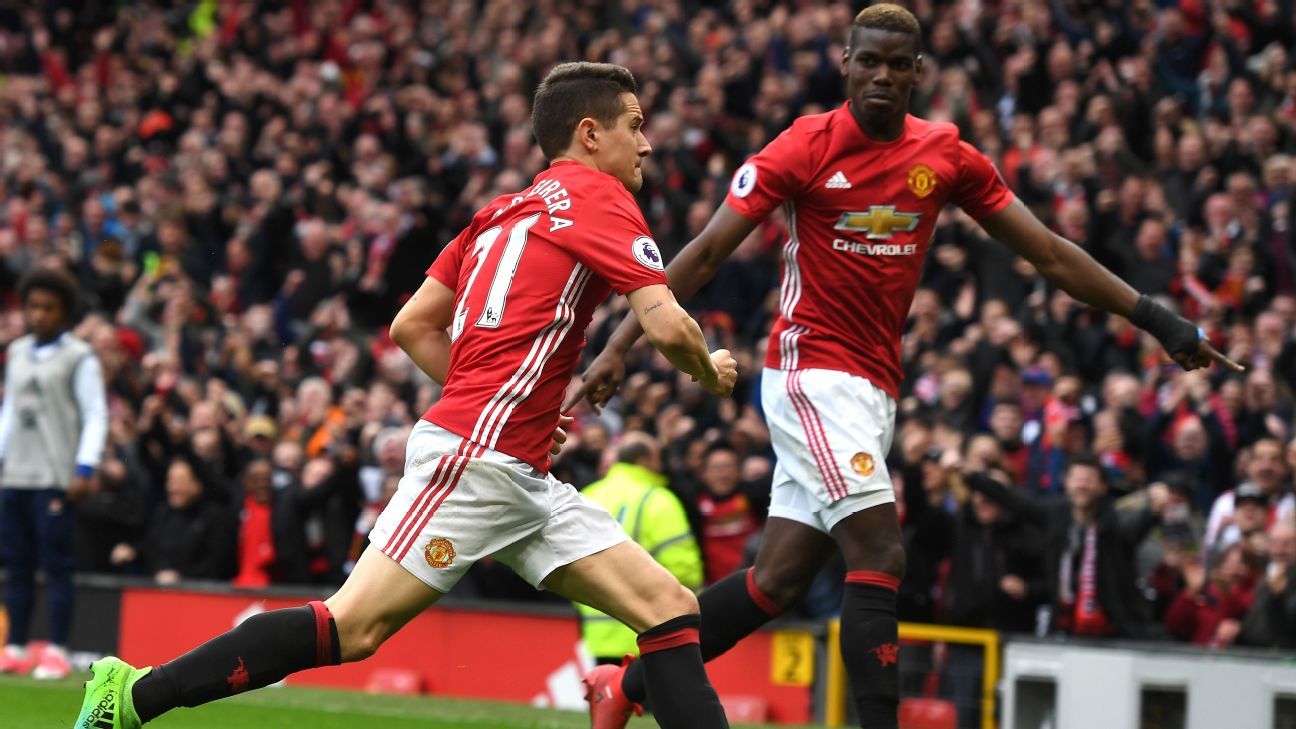 
Manchester United midfielder Ander Herrera is on a mission to make Paul Pogba the best in the world.

Pogba is still recovering from a hamstring he picked up against Basel in the Champions League earlier this month, but Herrera insists that once the France international returns it is his responsibility along with the other midfielders at Old Trafford to give Pogba the platform to become one of the best players in the world.

“We know his qualities. His football is free, so you can’t keep him in one position, because then you lose all his qualities. So, when you play with him, you know he can win the game for you.

“I think there are not too many midfielders who can score 10 goals and give 12 assists, so we have to give him the freedom he deserves to win games for us.

“Matic, Carrick, Fellaini and myself have to help him be the best in the world. If we are there to balance the midfield, he can score goals for you and give assists. He is a fantastic player.”

Herrera was voted last season’s player of the year and was named man-of-the-match in the Europa League final against Ajax.

However, the 28-year-old has found opportunities limited this season, starting just once in the Premier League in the 2-2 draw at Stoke.

Competition for a place in Jose Mourinho’s midfield has increased with the arrival of Matic from Chelsea.

But Herrera, who was linked with a summer move to Barcelona, is confident he will still get plenty of chances, and rather than looking enviously at Matic, he insists he can learn a lot from his new teammate.

He added: “There will be a lot of games this season, so we will sometimes play with two and sometimes with three, so we have a lot of solutions.

“Matic is a master class, one of the best in the world in that position, and I think he is going to help us a lot. With Carrick and Matic I have two mentors that I can learn from.