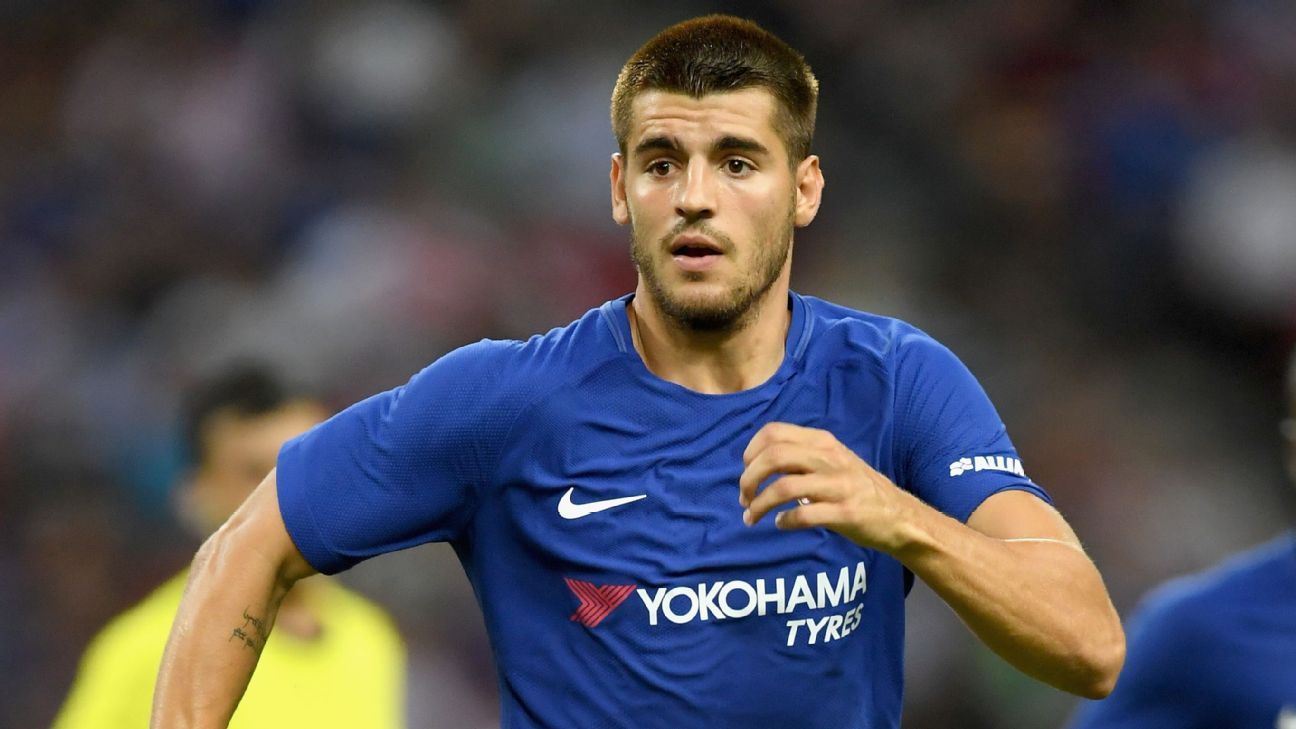 
SINGAPORE — Alvaro Morata is set for his first Chelsea start in the preseason friendly against Inter Milan on Saturday with Antonio Conte confirming he will select his strongest available team in the final game of their Asian tour.

Morata, 24, came on as a second-half substitute in the 3-2 defeat to Bayern Munich on Tuesday and helped set up the second goal for Michy Batshuayi.

Now, the player who signed from Real Madrid just one week ago looks likely to make the starting lineup against Inter as manager Antonio Conte looks to build up his playing time ahead of the Community Shield against Arsenal on Aug. 6.

“I think it could be a good option to see Morata from the start,” Conte said. “It is our last game before we play Arsenal and for me it’s important to help my players find their feet as soon as possible. For this reason, we play with the best starting XI.”

Conte acknowledges that in the absence of the injured Eden Hazard and new signing Tiemoue Bakayoko, it will be some time before he is able to have all his best players available and playing in the style he wants.

“He needs a bit of time to adapt and understand and this is the great difficulty for a coach that has an idea of football and wants to give an identity. You need a bit of time to bring a new player into your way of thinking. It is the same with Morata.”

Chelsea’s opponents on Saturday were recently rumoured to have been interested in bringing Conte back to Serie A following the sacking of Stefano Pioli.

The former Juventus boss has since signed an improved deal at Chelsea and Conte declined to confirm if there had been contact from Inter.

“It’s not important now to speak about this situation,” he said. “Now the most important thing is that I’m happy to stay here, to work with Chelsea and I am happy to renew my contract for another two years. I see my present and also my future for at least two more years at this club.”

Meanwhile, Chelsea captain Gary Cahill says it has been exciting to work with the best of the young talent coming through the club this summer and believes preseason tournaments like the International Champions Cup (ICC) provide an excellent platform for ambitious young players to prove themselves.

Tuesday’s loss to Bayern Munich in Singapore saw starts for 21-year-old centre back Andreas Christensen and 20-year-old midfielder Jeremie Boga, while 19-year-olds Fikayo Tomori and Jake Clarke-Salter were among those who got a run-out in the 3-0 victory over Arsenal in China last weekend.

“We’ve got a lot of young players on tour with us this season, and they’ve all been terrific,” Cahill said. “They have played their part and the lads have been training really well.

“There is a pathway there for some young players to come in and get involved and we’ve seen that the manager will bring them into the group.

“You can see the youth team were very successful last season, so they’re champing at the bit to try and get an opportunity and if they’re good enough, they will. That’s exciting for us.”

But Chelsea manager Conte sounded a note of caution as he warned of the challenges that young players face in trying to break into the first team.

“It is always very difficult to speak about the young players,” Conte said. “I saw that around young players, there is always a great debate and in this pre-season, I think every young player’s attitude has been very good.

“But you know very well that when we go back to Cobham [training ground], I have to take the right decision and to see which is the best for the team and the club and also for the players.”

When asked if the football landscape had shifted since Alex Ferguson famously gave big breaks to Manchester United’s Class of ’92 more than 20 years ago, Conte insisted that youngsters face exactly the same challenges now as they did back then.

“I don’t think football has changed,” Conte said. “I think young players found the same difficulties in the past. I tell you only one thing, if a young player is a good player, is a strong player and is ready to play, then why not?

“I played my first game at only 16 years old in Italy. But I played with Lecce and we were fighting to avoid relegation, not with Juventus to fight to win the title.”