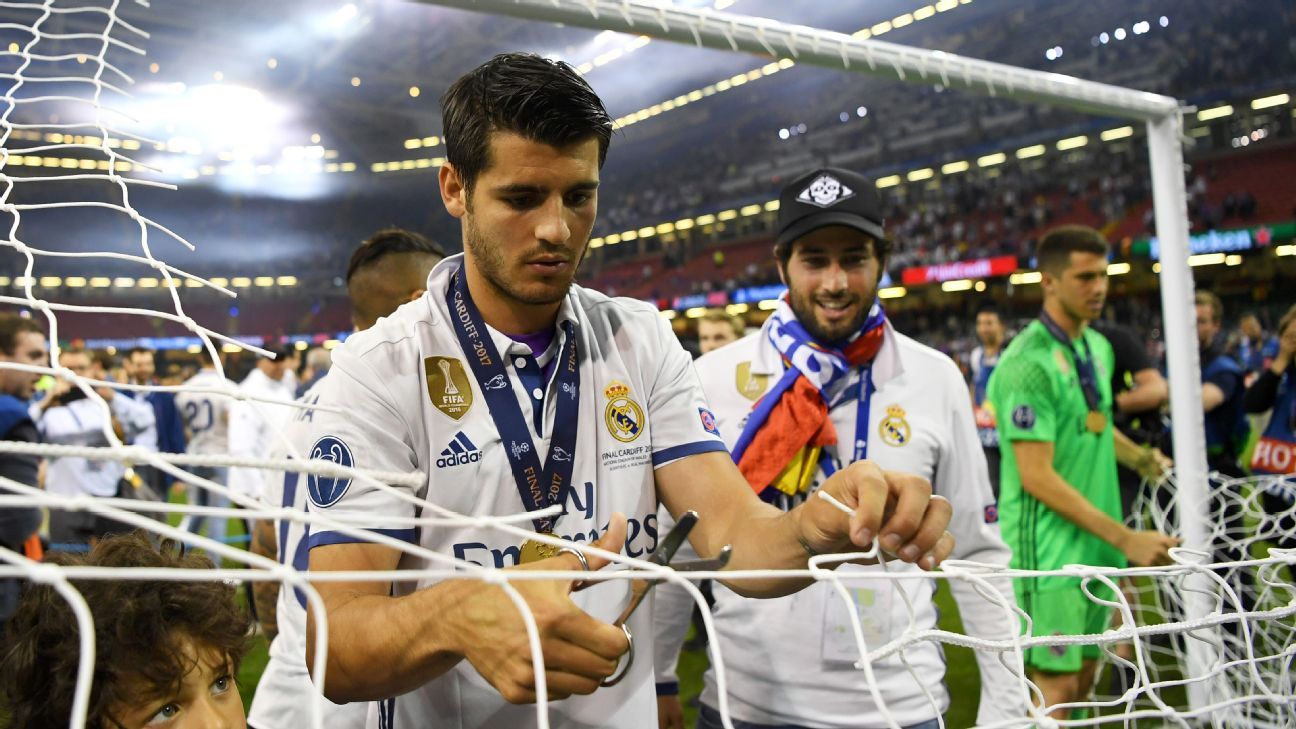 
Having solved the issue of James Rodriguez by sending him on loan to Bayern Munich, Real Madrid have one more unsatisfied player who could leave during the summer: Alvaro Morata.

Like James, Morata’s search for a new team after the season ended is based on his desire to feel important or, even more, to feel key, instrumental, necessary for his team’s success.

Morata wants to start in as many matches as possible and, judging by his last season in Madrid under Zinedine Zidane, he knows this will not happen if he stays. The Spanish striker scored 20 goals in 43 matches, although only 26 of those encounters were played in La Liga.

With Zidane appearing to consider that Morata is not good enough to be a first-choice starter, the player has decided to leave. If a move to Manchester United did not come off, perhaps Chelsea or Milan will.

But the  ambition of the 24-year-old striker, while understandable, might also be misguided. For the move abroad to be successful — defining success as 50-plus matches played per season — Morata would have to be the main offensive reference for the team in question and that is hardly something that could be guaranteed beforehand by any of the aforementioned squads.

During his two-year spell with Juventus he had plenty of competition, so ended up playing a similar number of total matches than he did last season with Real Madrid — 46 and 47 — but scoring less: 15 and 12 goals respectively. At this competitive level, it’s hard to secure a starting spot as a centre-forward or, put in different terms, you have to be extraordinary to do so.

And Morata is not. He’s a solid scorer, but even though he does show glimpses of great talent, his limitations also are clear. He strikes the ball well with both feet and his head, moves constantly and links up better with the midfield since he played for Juventus. But he lacks that touch of either genius or consistency that would guarantee him a spot in Madrid’s starting XI.

The player, both because of his belief in himself and also based on the advice of his closer friends and family, believes he has what it takes to succeed and so has not given up on his intention to leave. But with this decision, Morata isn’t really considering a more conservative option, which would probably mean more silverware and, in the long term, a much better status in world football.

What Zidane offers right now isn’t a bad deal for the striker: He would play between 40 and 50 matches between starts and substitutions. Similar to what happened last season, he’d be extremely relevant in plenty of key moments of La Liga and Copa del Rey games, as well as specific Champions League matches in which the team needs a spark from the bench or a starter deserves to rest against lesser opposition.

Coming from another coach, that might sound like a very small offer or one that might not really happen, but last season Zidane proved that he believes in rotations like very few managers in current football. Last season no player started more than 29 league games and the rotation policy paid dividends as Madrid won La Liga and the Champions League.

With a long-term commitment to the Bernabeu club, Morata could enjoy more such seasons, as well as others with more exposure, depending on injuries and team configuration. He would win plenty of titles and become a household name for the Real Madrid faithful, like other players who knew how to make the most of the fact they played for such a huge club, even if they did not start very often.

On top of that, Morata’s position in the Spanish national team would almost be unassailable. He has few competitors now, but it would be tough to deny him starts if he played 40-plus matches for Real Madrid. The option to stay, put in these terms, does not look as bad as he might believe.

It would take a huge exercise of maturity or long-term view for a 24-year-old player, surrounded by people who tell him how great he is, to opt for a seemingly secondary role at Real Madrid. However, if Morata decides to leave, he might be choosing smoke over titles, risk over consistency… and some other club over Real Madrid.