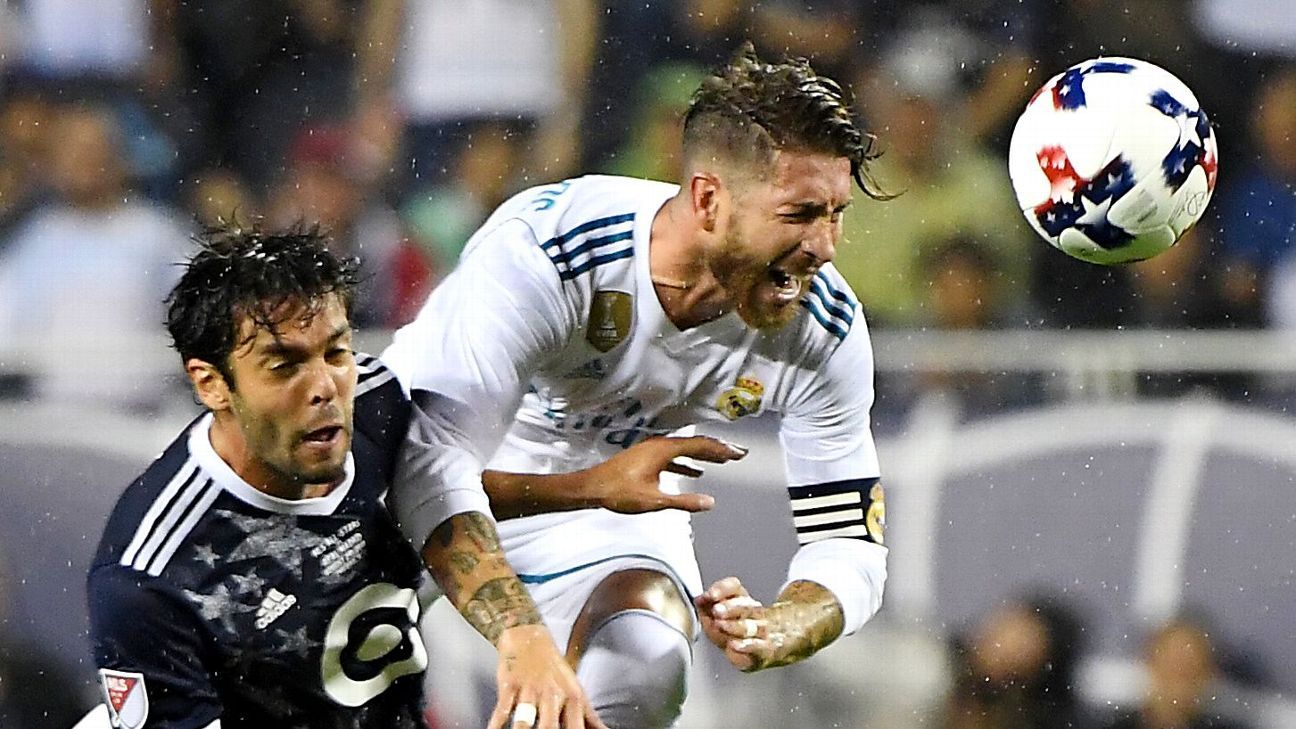 
CHICAGO — Michael Parkhurst has seen the growth of the MLS All-Star Game.

Twelve years ago, Parkhurst, then with the New England Revolution, played in his first ASG. That year’s match saw a Fulham side that included Brian McBride and Carlos Bocanegra lined up as opponents. The MLS All-Stars prevailed 4-1, but that’s not what Parkhurst remembers.

“We came out [to Columbus], we had a game, some people showed up, but it was kind of low key,” he said.

Compare that to Wednesday’s encounter. A sellout crowd of 61,428 was crammed into Soldier Field, due mostly to a gigawatt opponent in Real Madrid. The difference in energy and anticipation could be felt everywhere.

“Now it’s just this big festival, and so much media, so much attention, and a buzz in the city,” said the Atlanta United defender. “Obviously the games sell out, fantastic crowd, fantastic opponent. It’s just really big. So it’s a fun thing to be a part of.”

That enjoyment and acknowledgement of how far Major League Soccer has come really ought to be the takeaways from the match, which Real Madrid won in a penalty shootout 4-2, after the regulation 90 minutes finished 1-1. The spectacle matters for a league that struggled to generate much of anything in that department in its early years.

As for the game, well, it brought out some of the worst aspects in both teams. Real Madrid, still in preseason form, lacked precision on the field, especially in terms of their finishing. The fact that a certain Cristiano Ronaldo is biding his time back in Madrid — answering to accusations of tax fraud — didn’t help. He won’t join up with his teammates again until Saturday.

That said, a week from today the matches will start to matter considerably more when Real Madrid takes on Manchester United in the UEFA Super Cup. Manager Zinedine Zidane expressed mild concern, but isn’t overly worried.

“The sensation overall is not good,” Zidane said through a translator. “It’s good that we got the result, but the sensation is not positive overall. We only won one out of four games. The tour is done, now we have four days to go back and prepare for the Super Cup, which is our first official match, and obviously we have some things to work out.”

He added, “We had chances. We didn’t take them. It’s just that.”

In the case of the All-Stars, the fact that this is a throw-together team can’t be ignored. The understanding that comes from months playing together won’t be duplicated by having two training sessions.

Then there is the reality that the MLS All-Stars are in the middle of their season. There are much more important games to be played. Avoiding injury is paramount, something that Atlanta United defender Greg Garza was unable to accomplish, separating his shoulder in the game’s opening moments.

Most obvious of all is the difference in individual quality. It’s not a shock that Real Madrid’s players are miles better. So it wasn’t a surprise then that Real had triple the number of shots, and only some sharp goalkeeping from Tim Howard and Stefan Frei kept the All-Stars in the match. For that reason it’s important to put the match in its proper context.

“It was an entertaining game back and forth,” Chicago Fire midfielder Dax McCarty said. “But it’s an exhibition game, it’s a friendly, so I don’t think it’s fair to judge how good or bad MLS is based on this one game.”

These aren’t excuses. They are realities. So all that’s really left is to accept the match’s flaws and admire the flashes of skill that occur on the field, though McCarty’s enjoyment was complicated.

“Look, it’s a double-edged sword,” McCarty said. “I had fun, I enjoyed the moment. But as a defensive midfielder going against those guys, it’s not that fun. To be honest, it almost becomes a training exercise out there. Literally, the All-Stars, we attack with our players. And then they kind of hang out, and Real Madrid comes at us and counterattacks and attacks us and we just have to kind of defend for our lives.

“It’s not tactically the most beautiful game that you’ll ever see played, but it’s not really about that. It’s about the enjoyment; it’s about the fans.”

And it’s about a league that has come a long way, and whose growth needs to continue.