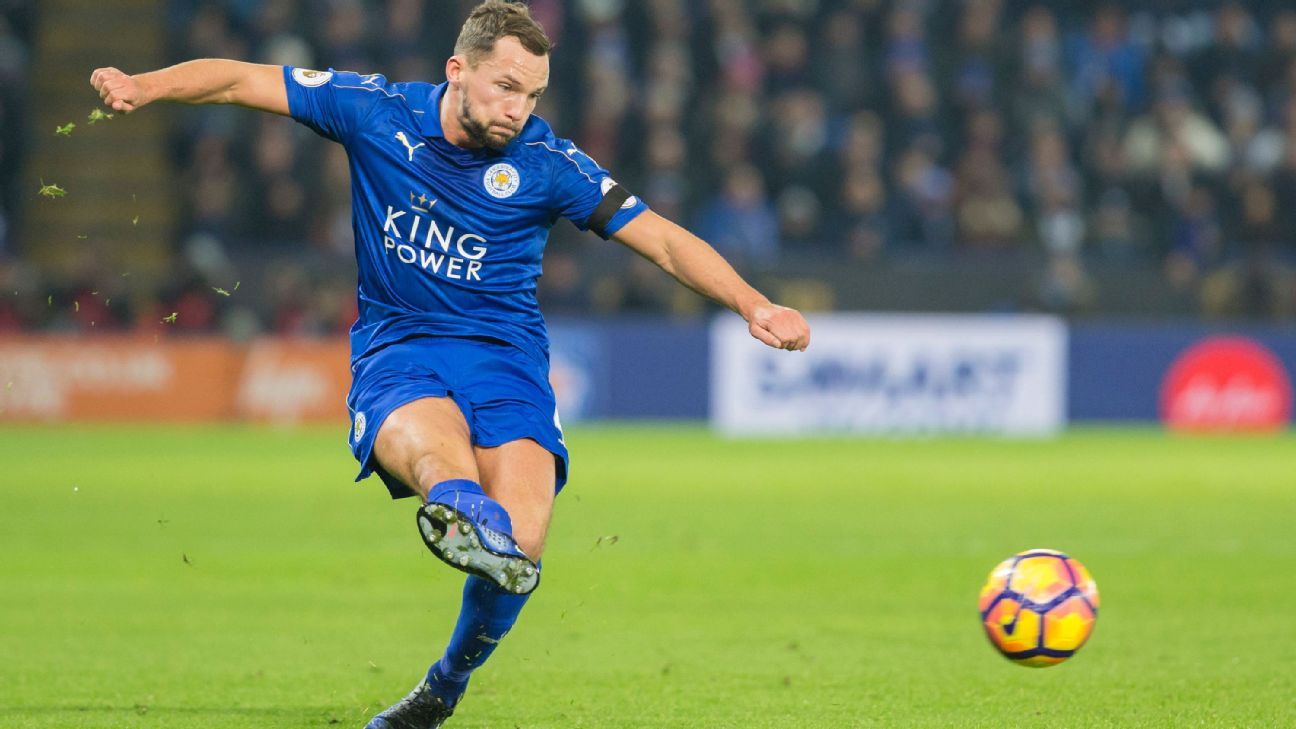 
With manager Antonio Conte rarely wasting the opportunity this summer to tell anyone listening that his squad requires additional reinforcements, it is little surprise to see Chelsea linked with fresh targets on a daily basis. Even so, the latest rumour regarding a potential move for Danny Drinkwater has come slightly out of left field.

The Leicester City player is an assured midfield presence and was an instrumental figure in his club’s fairytale journey to the Premier League title two seasons ago. Nevertheless, he is a curious target given what has transpired over the course of the summer.

The sales of Nathaniel Chalobah to Watford and Nemanja Matic to Manchester United have seen two defensive midfielders depart the squad with just one, Tiemoue Bakayoko, brought in. Despite the recruitment of the France international, Conte is left with just three recognised senior central midfielders in a squad that is expected to compete in four different competitions in the coming campaign.

In that respect, the reported approach for Drinkwater is not that surprising especially with him having had a taste of Champions League football last season in Leicester’s run to the quarterfinals. What is less clear is why the player would choose to swap a regular starting place at the King Power Stadium for life at Stamford Bridge where a first-team spot would be far from guaranteed.

Of course, the chance to play for a club of Chelsea’s stature and the opportunity to work under Antonio Conte will be alluring. But with the highly promising Chalobah feeling he had to leave the club to get game time and with Matic spying an uncertain future following Chelsea’s pursuit of Bakayoko, would Drinkwater view his prospects any differently?

While few details have emerged about Chelsea’s approach, it is highly likely that a permanent transfer for Drinkwater is the objective. That would contrast with another of Chelsea’s reported targets, Bayern Munich’s Renato Sanches, who has been linked with a season-long loan to the Premier League champions. Another player being mentioned is England international Alex Oxlade-Chamberlain. The 23-year-old has just one-year remaining on his current contract at Arsenal and there have been few signs of him penning fresh terms. Oxlade-Chamberlain, however, is a more versatile player to both Drinkwater and Sanches so it is quite possible that Conte’s interest in him is as a potential wing-back rather than a midfielder.

Conte’s interest in Drinkwater most likely stems from the fact that he can couple good defensive nous with an excellent passing range. One of the aspects lacking in Matic’s game is his distribution, something that was highlighted last season when he partnered N’Golo Kante, a player that is similarly limited in that regard. While Cesc Fabgreas could be brought in to provide a metronomic presence and to offer that defence-splitting pass, his defensive qualities have always left something to be desired. Although not even Drinkwater would claim that he has the creative vision of Fabregas, his genuine talent in both key aspects of the central midfield role means that he could prove to be a key asset if Conte persists with just two players in the middle.

It also helps that he has already spent a year playing with Kante, forming a wonderfully complementary central axis as Leicester took the Premier League by storm. Although Conte’s demands might differ from Claudio Ranieri’s, the familiarity of playing next to Kante and their awareness of each other’s strengths and weaknesses means that acclimatisation should be relatively quick. That might be especially important at the beginning of the season as Bakayoko is due to miss the opening few fixtures while recovering from knee surgery.

Part of Drinkwater’s attraction might also be due to his nationality. With locally developed talents Ruben Loftus-Cheek, Nathan Ake and Chalobah all leaving the first team squad to play elsewhere, Chelsea’s ranks of homegrown players have been depleted. All Premier League clubs must declare a squad of 25 players with no more than 17 overseas players included. That leaves eight spots to be filled with talent that has been nurtured in England, whether English or otherwise. Assuming that the usual boatload of youngsters are shipped out on loan once again, it is quite possible that Chelsea will have to purchase English players if they feel that those already on their books are not ready for the step up. The interest in Oxlade-Chamberlain is also further explained by the need to bolster the homegrown contingent in the senior squad.

There is still some way to go before any of the names mentioned become a Chelsea player. Just consider how advanced Alex Sandro’s prospective move from Juventus appeared to be earlier this summer before negotiations stalled. But with less than a month to go before the transfer window closes, business will have to be concluded relatively quickly. With the season starting in under a fortnight, Conte will be hoping it gets done sooner rather than later.