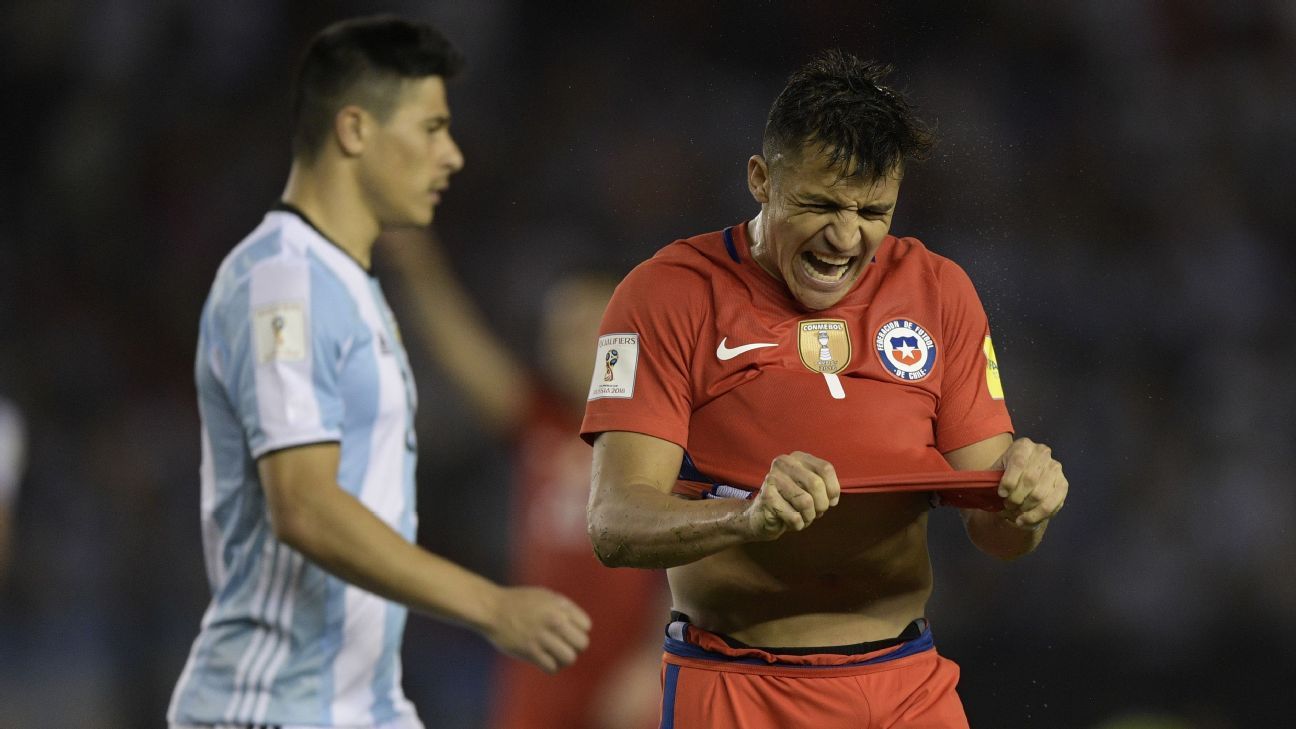 
MOSCOW — Alexis Sanchez has sprained his ankle in training and may miss Chile’s Confederations Cup opener against Cameroon.

Chile coach Juan Antonio Pizzi says the Arsenal forward hurt his left ankle in training on Thursday and has only done light training in the gym since then.

Pizzi says the Chile staff is “optimistic from the images we’ve seen, but we understand and know that the player still feels pain, and that’s why we’ll wait until tomorrow to decide if he plays.”

Chile could open their Confederations Cup campaign without two leading players, as goalkeeper Claudio Bravo, who hasn’t played since suffering a calf injury in April, has been ruled out of Sunday’s game.

“We don’t risk any player who is not in condition to play and who could aggravate an injury,” Pizzi said, when asked if Bravo could return for the South American champion’s second game Thursday against Germany. “We’re very careful with the health of our players, and because of that we always act with the responsibility required by our position.”