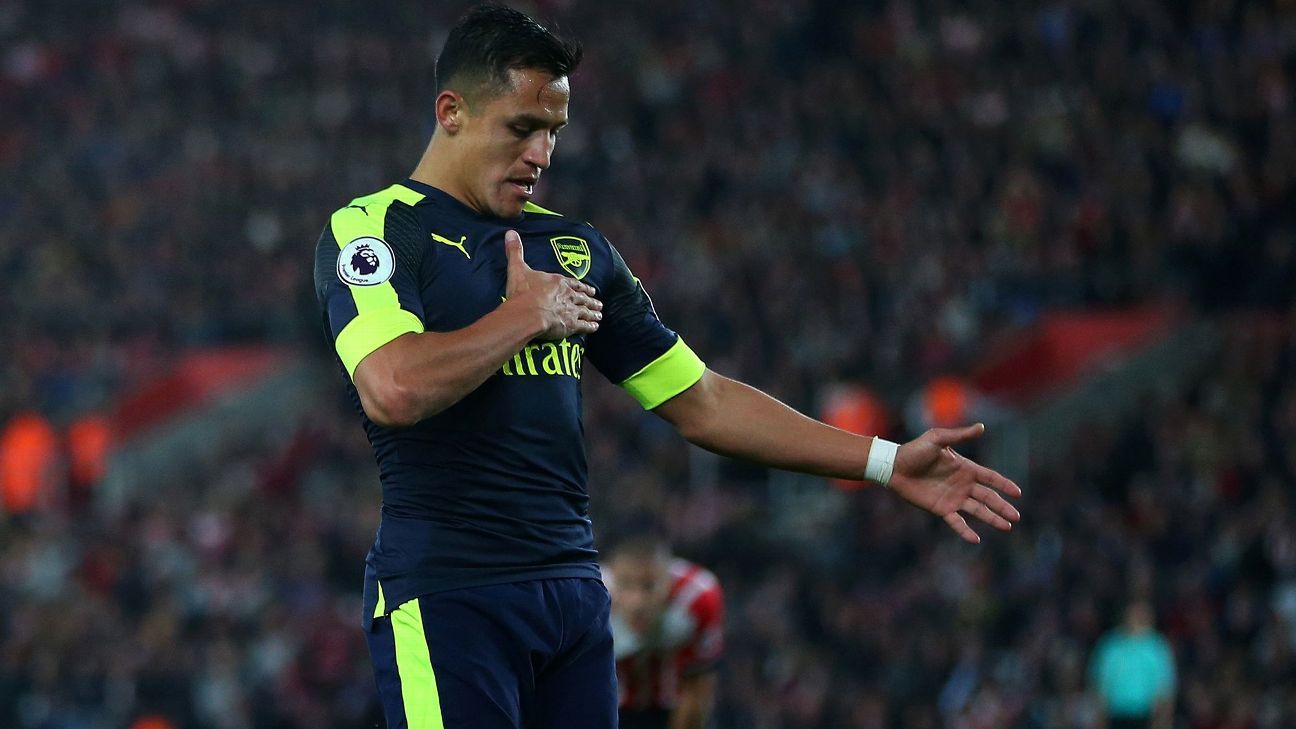 
Alexis Sanchez says he has “made my decision” on whether to stay at Arsenal as he stressed the importance of playing in the Champions League.

Arsenal missed out on Champions League football for next season after finishing fifth in the Premier League, and the Gunners will play in the Europa League instead.

Sanchez has played in the Champions League every year since moving to Barcelona in 2011 but has never won the competition, and he told reporters in his native Chile on Saturday that he would accept nothing less than a spot in Europe’s top competition.

“I want to play in the Champions League,” he said at a charity youth tournament in Tocopilla. “The decision isn’t up to me, I need to wait for Arsenal.

“I’ve made my decision, now I wait for Arsenal’s reply. The idea is to play and win the Champions League. I’ve dreamt about it since I was little.

“For now I am at Arsenal and I finish my contract in one more year.”

Sanchez has so far resisted signing a new long-term deal reportedly worth in excess of £250,000 a week, but manager Arsene Wenger said on Friday that he was confident that Sanchez would decide to stay on.

“Of course. There is not a lot to resolve at the moment with the player,” Wenger said. “I have spoken through text and it was very positive. My thoughts are always positive.”

Sanchez returned home following his participation at the Confederations Cup, and he said he was proud of Chile’s performance in Russia, even though La Roja fell to Germany in the final.

“We feel sad and proud at the same time for losing the final, but the players left everything on the pitch and we hope to keep showing who we are,” he added.