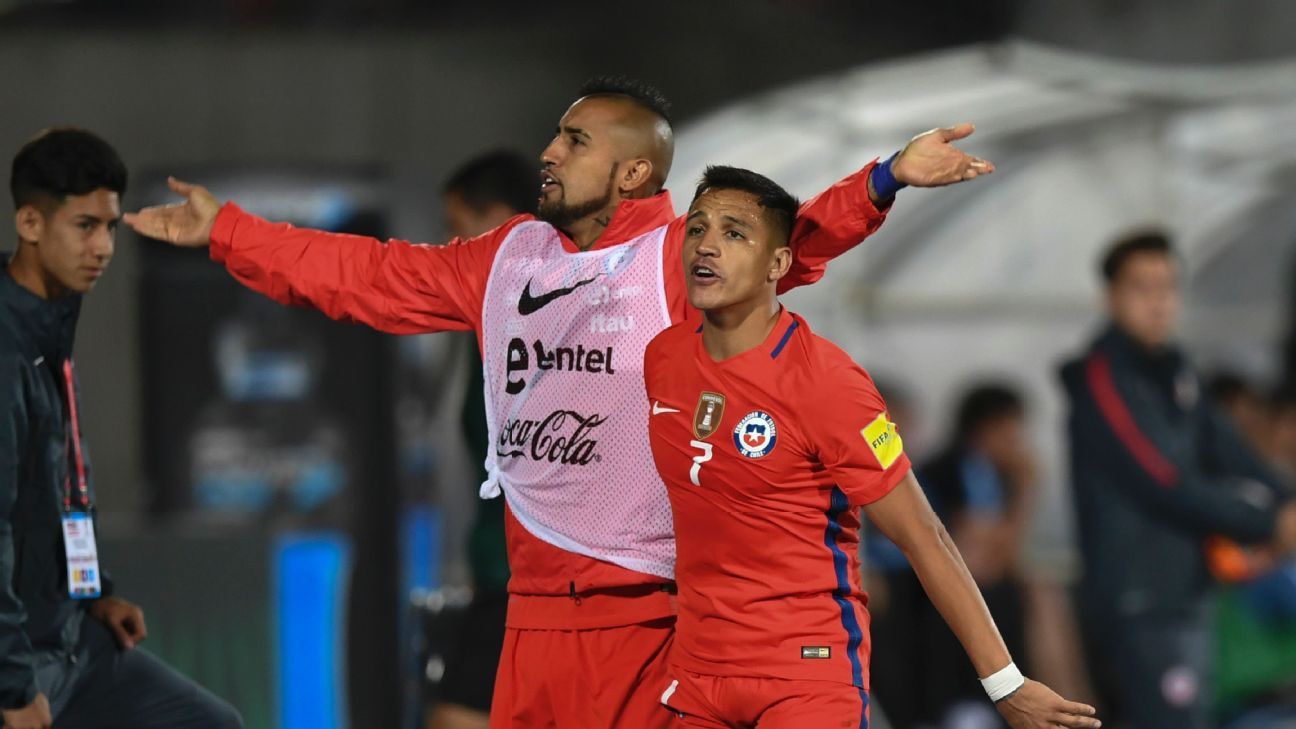 
Bayern Munich midfielder Arturo Vidal is not giving up in his efforts to lure Chile teammate Alexis Sanchez to join the Bundesliga champions.

Vidal, 30, has won the Bundesliga twice in two seasons at Bayern, while Sanchez was part of the Arsenal side which failed to qualify for the Champions League for the first time since 1997.

Sanchez is out of contract next year amid reports linking him with a £55 million summer move to Munich. On Wednesday, The Times reported Wenger will stay on for two more years at Arsenal but Sanchez is set to reject a new deal with a move to Bayern his “preferred destination.”

Last week, Vidal urged Sanchez to join him at “the best team in the world,” and the midfielder said he is sending regular WhatsApp messages to his international colleague to convince him to make the move.

“I’ve told him that it’s a great opportunity for him to play for a big club,” Vidal told reporters in Chile.

“If you want to test yourself against the best, you need to play for the best team.”

Both Vidal and Sanchez have joined up with Chile for friendlies against Burkina Faso, Russia and Romania, before taking part in the Confederations Cup with La Roja next month.