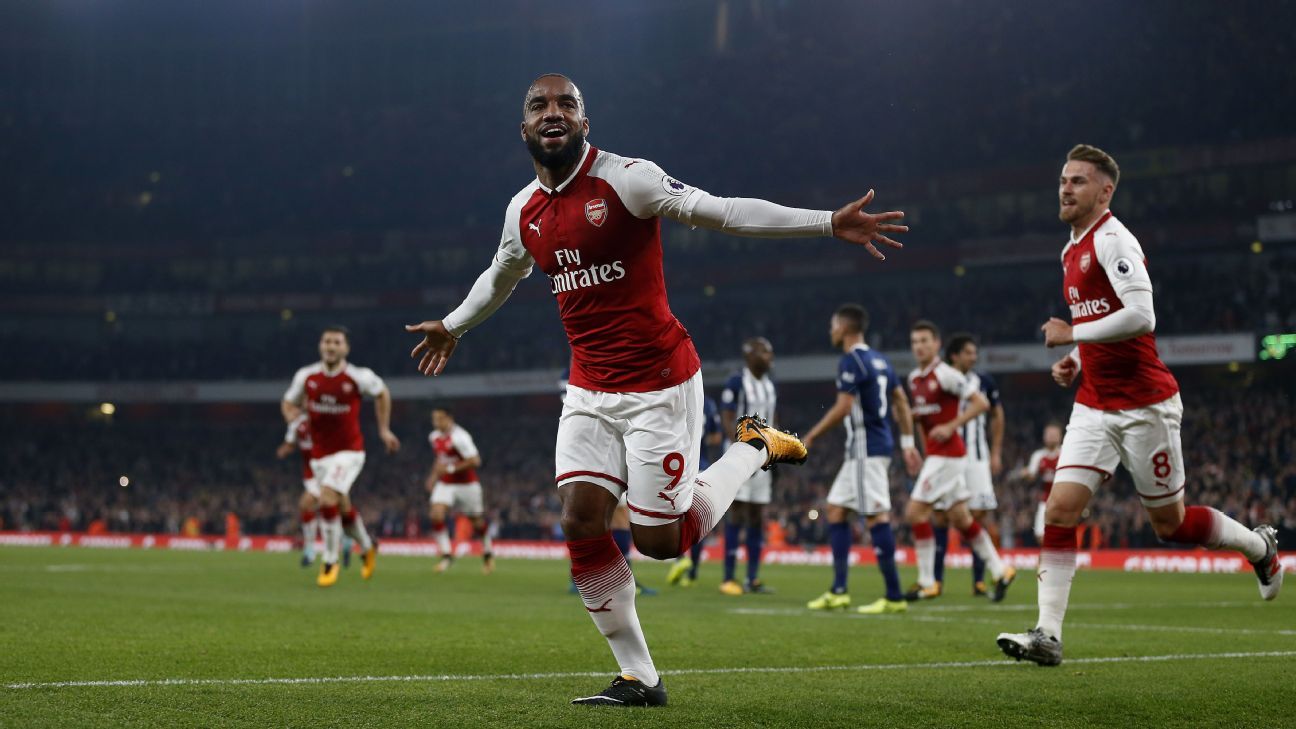 
Alexandre Lacazette has said that he spoke with Paris Saint-Germain before eventually deciding to sign for Arsenal this summer.

Lacazette, 26, joined Arsenal from Lyon in July for a reported club record transfer fee of €53 million.

The France international had other suitors — most notably PSG and Atletico Madrid — but he told RMC that leaving his hometown club for another French side was never really an option.

“We talked with PSG but quickly I knew that it wasn’t where I wanted to go,” Lacazette said. “In France, for me, it was only Lyon. PSG could have enabled me to make progress because they have great players but I wanted to experience another league.”

Having scored 36 goals in his final season in France, the Lyon academy graduate has made a solid start to life in London.

Lacazette has scored four goals in seven Premier League appearances but feels there is more to come.

“At the Emirates, I have good stats [four goals in four games],” he said. “Now I’ll have to continue like that and have the same stats away from home.

“I still don’t feel fully adapted. I still have to work on certain things even if it’s better than I thought… I can still develop my relationship with my midfielders and the defenders. And I’ll have to be stronger with my back to goal. In England, the referee doesn’t blow his whistle.”

Lucas, 25, joined PSG in 2012 in a €40 million move from Sao Paulo but the attacking midfielder has fallen down the pecking order following the arrivals of Kylian Mbappe and Neymar this summer.

Alex, who left PSG in 2014 and has since retired, believes that his Brazilian compatriot could do with moving on from the club.

“If I was in his place, I would have already left to make my mark elsewhere,” the former AC Milan and PSV Eindhoven defender told L’Equipe. “Spanish football could suit him. He could benefit from space in order to use his speed and technique.

“Even if England doesn’t seem suitable, I would have seen him at Arsenal. They play a tidier football — more technical. He had contacts, I think. It would be a good option for him this winter.”