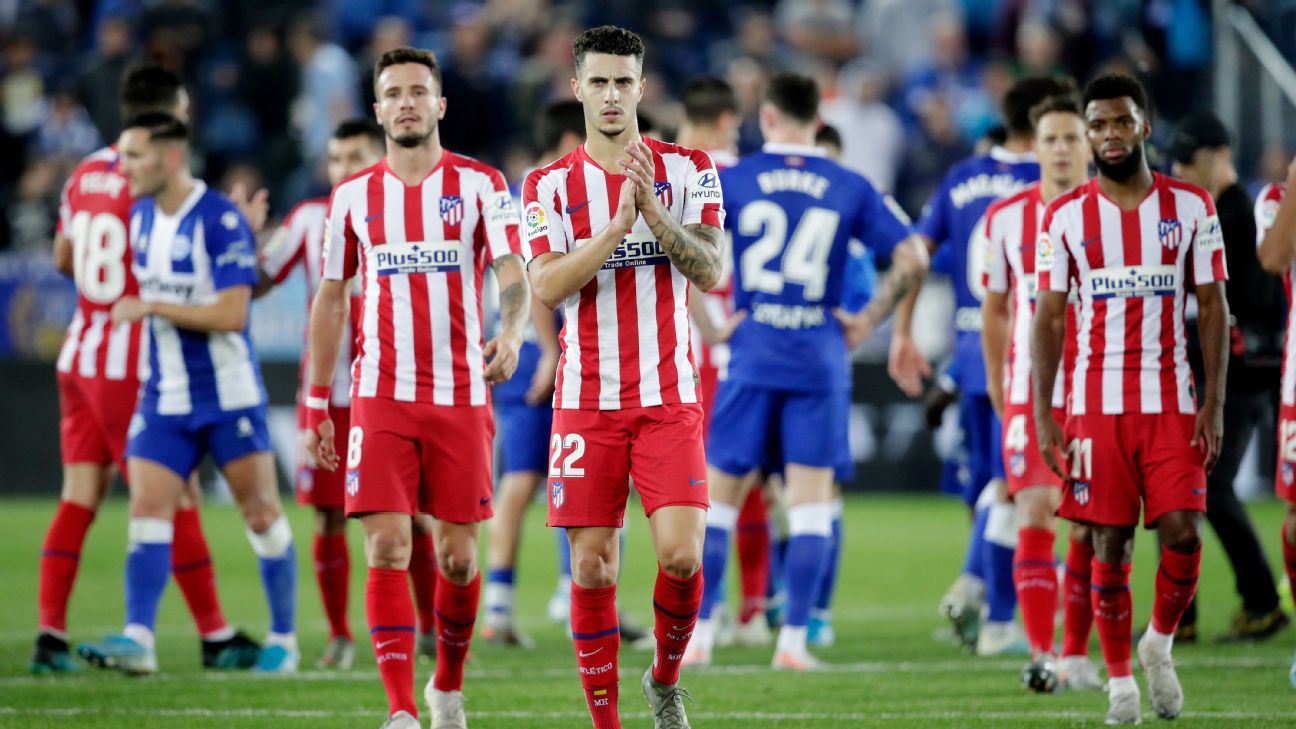 Atletico Madrid were held to a 1-1 draw at Alaves as Lucas Perez‘s sublime solo strike stopped the visitors moving provisionally top of the table in La Liga on Tuesday.

Atletico substitute Alvaro Morata scored his third goal in three games to fire them ahead in the 70th minute as Diego Simeone’s team struggled to find top form at Mendizorroza.

Alaves’ Fernando Pacheco made fine saves to deny Spain striker Morata a second and foil Angel Correa before Perez cut in from the right and lashed a thunderbolt into the top corner.

Atletico are second after 11 games, level on 20 points with surprise leaders Granada who face Getafe on Thursday.

“They [Alaves] had a great first half, better than us and then Lucas scored that tremendous goal,” said Simeone.

“After the break we were better, we won the second ball, attacked the full backs, and if we stick with that and understand what happened in the first half, we’ll be fine.”

Neither side created any chances of note in a lifeless encounter until Morata’s introduction on the hour mark.

Having scored against Bayer Leverkusen in the Champions League and Athletic Bilbao last weekend in La Liga, Morata continued his hot streak with a cool finish after being set up by Correa.

The Argentine forward has been impressive in the absence of record signing Joao Felix, out for a month with an ankle injury.

However former Arsenal forward Perez struck for the fifth consecutive league game to deny the 2014 Spanish champions on a frustrating night.