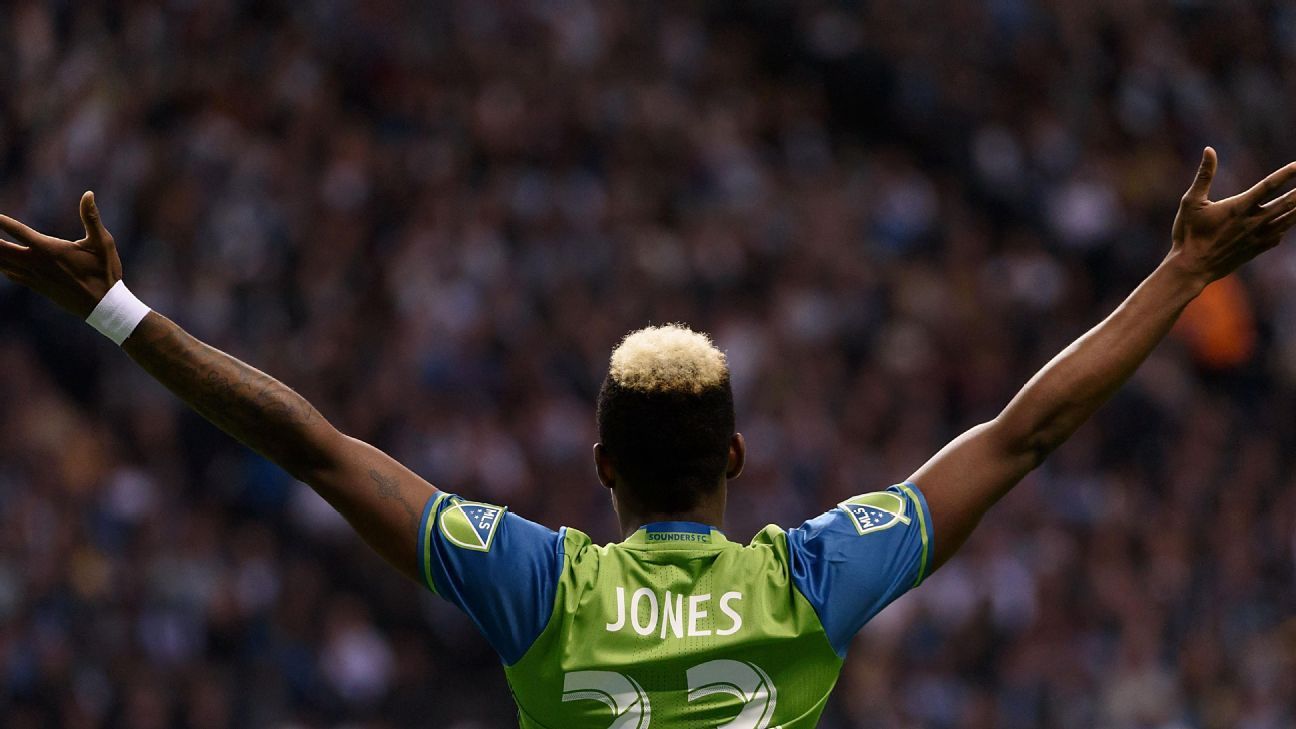 
The most recent two Seattle Sounders seasons, the run to the 2016 MLS Cup championship and now to the brink of another title game, have hinged on pivot points, moments when their campaigns could have decisively broken one way or the other.

Last year, those were obvious: the firing of longtime coach Sigi Schmid and the promotion of Brian Schmetzer; the midseason arrival of playmaking midfielder Nicolas Lodeiro; Clint Dempsey’s irregular heartbeat diagnosis and the team’s resilient response to it.

This season, they’ve been subtler. But one pivot point in particular highlighted both Schmetzer’s man-management skills and this group’s close-knit bond, two virtues that have the Sounders in full control of their Western Conference final series, following a 2-0 victory in Houston on Tuesday night.

Starting left-back Joevin Jones went AWOL ahead of important rivalry matches against Vancouver and Portland in late August. Despite Trinidad and Tobago’s friendly against Jamaica not falling within the FIFA-sanctioned window for matches — and without team permission to leave early to join T&T — Jones went anyway, informing Schmetzer only from afar via text message.

Jones’ situation in Seattle was already precarious. In July, he signed a pre-contract with Darmstadt of the German second division, meaning he was out the door at the end of the season, regardless. Some viewed his stunt as a thinly veiled attempt to get the Sounders to release him from his MLS obligations early.

It’s not as though Seattle would have been left completely high and dry. Young Cameroonian Nouhou Tolo, Jones’ presumed successor, had been one of the pleasant surprises of the season and had been playing especially well in the weeks leading up to the episode.

And yet Schmetzer welcomed the prodigal son back into the fold. Jones and the coach hashed things out one-on-one, the player apologized to his teammates, and after sitting out the home game against the LA Galaxy as punishment, it was as if the whole thing never happened.

“He understands where he is with me and with his teammates,” Schmetzer said at the time. “He has to prove to them that he is absolutely, fully committed up until Dec. 9 [MLS Cup] and that will dictate how he plays, when he plays, how he plays, all of that sort of stuff.

“People make mistakes. There’s no getting around that. As far as I’m concerned, it’s put to bed.”

Now, this was a calculated gamble. In a team with a more delicate locker room chemistry, Jones’ defection and subsequent slap on the wrist could have opened up fractures within the group.

It paid off. Jones’ commitment hasn’t been in question since. And on Tuesday night, he gave a timely reminder of why he was worth the headache to begin with, torching the Dynamo up the left wing from start to finish.

Jones won the foul that got Jalil Anibaba sent off and reduced Houston to 10 men midway through the first half, and he supplied the cross that effectively ended the series, a pinpoint feed that Will Bruin duly headed into the back of the net.

Jones’ legacy in Seattle will be complicated, and not just because he’s leaving on less-than-ideal terms. Two years is not a lot of time to build up a dedicated following, and defenders by their nature are less likely to conjure up the fuzzy feelings that, say, strikers do.

Yet his contributions to the Sounders’ consecutive title pushes should not be forgotten entirely. Few players have played as active of a role in each of these two postseasons.

It’s kind of amazing how diverse Seattle’s list of recent playoff heroes is. Nelson Valdez, who scored the winning goal in last year’s knockout round, is no longer with the team. Jordan Morris, he of the epic “Flu Game” in Colorado last November, has been out since September with a hamstring injury. Dempsey, whose two goals bested Vancouver in the previous round, missed the entirety of the 2016 run. And Bruin joined the team last offseason.

Of those playing important attacking roles — Jones is usually a left-back, but he was deployed as a winger on Tuesday night — only the Trinidad and Tobago international and Lodeiro have been impactful in back-to-back postseasons for the Sounders.

There’s actually a case to be made that Seattle should’ve done more to keep Jones around long term. General manager Garth Lagerwey said the club made a “significant offer” that the player declined, but there had to have been a price point that would have retained his services.

Jones’ 2017 salary of less than $100,000, per the players’ union, is a pittance, comparatively. Having racked up 11 assists this year, by some distance the most by a defender in MLS, he might be the very best bargain in the league. He is a proven big-game player too, as evidenced by his three assists during last year’s championship run and performance on Tuesday night.

At this point, what’s done is done. No matter what happens in these next few weeks — ultimate glory or heartbreak — they’ll be Jones’ last in Seattle.

He seems determined to make the moments count, and that’s to the credit of Schmetzer, the player himself and a strong-willed group that has a legitimate shot at defending their title.

Cristiano Ronaldo adds shaved head to topknot, braids and highlights in the many phases of his hair
How do you recover from record Eredivisie defeat?
Liverpool’s Champions League win over Ajax steadied Klopp’s side after a rocky week
Real Madrids Isco caught on camera criticising Zidane with teammates in Clasico
Barcelona vs. Real Madrid clasico not just a football rivalry