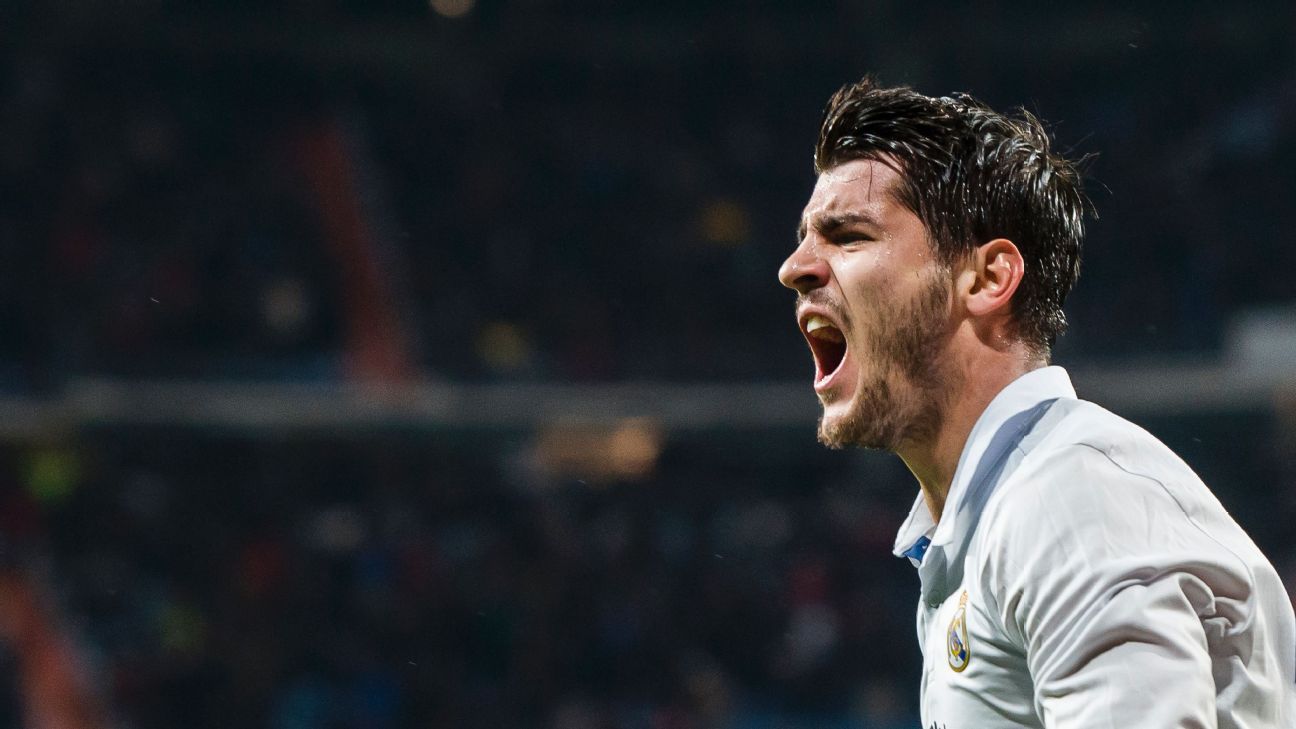 After losing out to Manchester United in the battle for Romelu Lukaku, Chelsea will make a £62 million move for Real Madrid striker Alvaro Morata, according to the Sun.

It reports that Antonio Conte “is desperate to agree a deal for Morata,” with hopes of bringing Lukaku back to Stamford Bridge having been dashed and Diego Costa set to return to Atletico Madrid even though they cannot register him until January.

But Chelsea boss Conte is in for a nervy wait, the Sun reports, with Chelsea’s bid “likely to be turned down by Madrid, who know they are in a strong bargaining position.”

Madrid coach Zinedine Zidane also wants to keep Morata despite the player’s reported keenness to move to the Premier League.

Manchester United manager Jose Mourinho is refusing to give up on signing Tottenham Hotspur midfielder Eric Dier, the Mirror reports.

Earlier this month, sources told ESPN FC that Spurs would not sell the England midfielder, who signed a new contract last season but has been increasingly linked with an Old Trafford move.

But the Mirror writes that Mourinho is not taking no for an answer and “wants United chief Ed Woodward to make Tottenham an irresistible £60m offer.”

The manager is eager to add another holding midfielder, and the Mirror reports that he “is lobbying Woodward to get his man,” even if that deal comes at a vastly increased price.

All the while, the Mail reports that Mourinho has his eyes on another central midfielder, and could once again beat Chelsea to a priority signing.

While the Premier League champions have offered Monaco £37m for Tiemoue Bakayoko, the report states that United have swooped in with a bid that meets the principality club’s full £40m asking price.

Chelsea reportedly are still confident of landing the 22-year-old, who’s said to prefer a move to Stamford Bridge, however are unwilling to increase their offer.

England goalkeeper Joe Hart will stay in Manchester when City embark on their preseason tour of the United States as he continues his hunt for new employers.

The Mail reports that Hart will step up his efforts to find another club, with his preference being to remain in England following a loan spell at Torino last season.

He has been linked with a temporary move to either West Ham or Newcastle, but the Mail writes that “both City and the player are only interested in a permanent switch,” likely to cost around £18m.

Newcastle manager Rafa Benitez is “increasingly irritated by managing director Lee Charnley’s failure to sign his transfer targets” and is urging the club to submit an improved offer for Norwich attacker Jacob Murphy, the Telegraph reports.

With the Canaries having reportedly rejected a bid of £8m, “an exasperated Benitez wants to test their resolve with a larger offer,” the report states.

It adds that, with Murphy understood to be keen on the move, a second bid would encourage the England under-21 international to push for a transfer.

– Stoke manager Mark Hughes has stressed that he wants Marko Arnautovic to stay after the Potters turned down a £15m offer from West Ham, the Stoke Sentinel reports. Austria international forward Arnautovic has submitted a transfer request, but the Sentinel reports that Stoke were “insulted” by the Londoners’ offer and there would have to be a far bigger bid “to tempt them to even loosen their grip on a key man.”

– Norwich City could make a move for Union Berlin central defender Toni Leistner, the Eastern Daily Press, citing reports in Germany, writes. It adds that the Canaries have asked about the 26-year-old and could pay around £3.5m for his services, with Union “tempted to cash in rather than risk him leaving for nothing in 12 months.”