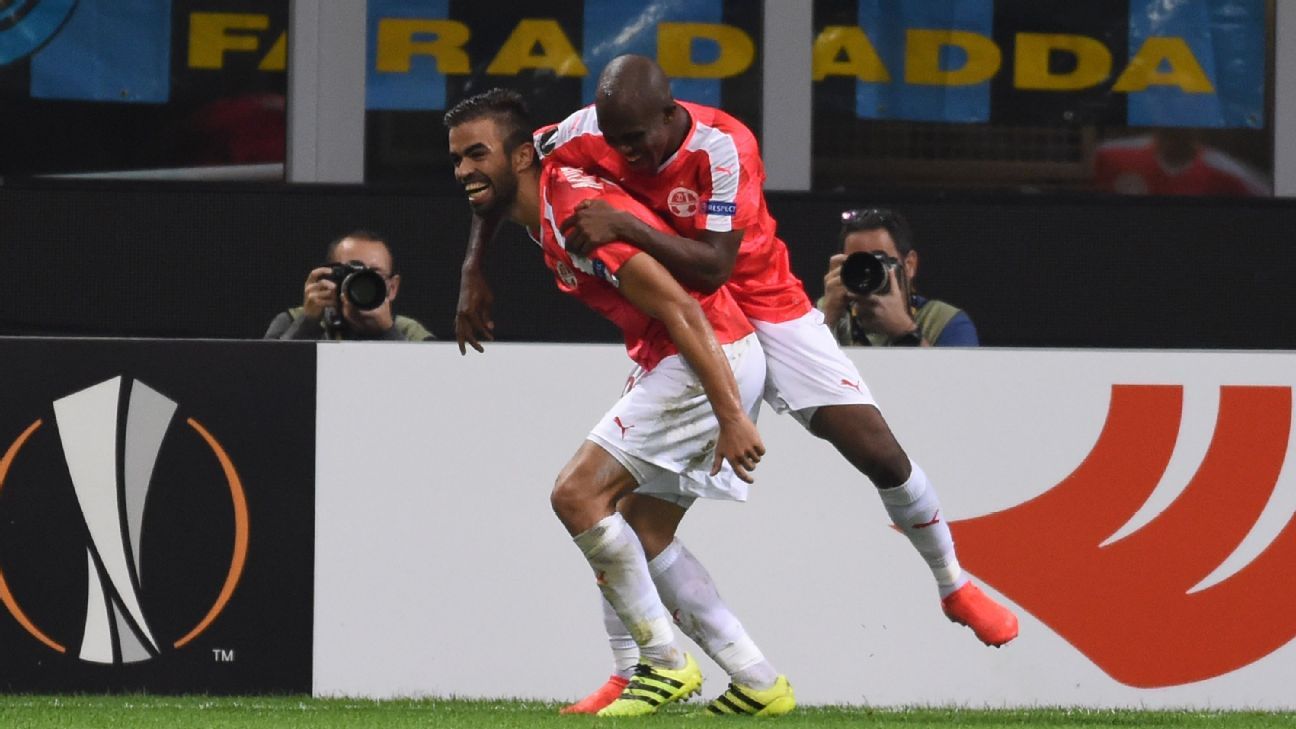 Thirty-four European sides contested the second qualifying round of the Champions League, with various African stars competing as they look to take one step closer to the group stage.

In truth, there’s still a long way to go, with the advancing teams still to square off against each other in the third qualifying round beginning next week before some more European heavyweights are thrown into the mix for the playoff round.

Headlining the week’s action were Nigerian duo John Ogu and Tony Nwakaeme, who scored three goals between them as Hapoel Be’er Sheva won 3-2 away at Budapest Honved – one of the grand old names of European football – to advance 5-3 on aggregate.

Hapoel enjoyed great success in the Europa League last season after missing out on the Champions League group stage after falling to Celtic in the qualifiers, and they’ll be desperate to make amends this term.

Ogu opened the scoring after 12 minutes, before Nwakaeme added the second four minutes later to give the visitors a commanding lead in the tie.

The Camels will now have to edge past Anicet Abel‘s Ludogorets Razgrad – who reached the group stage last season – in order to reach the Champions League proper.

Another Nigerian, Yusuf Otubanjo, opened the scoring for Zilina away at FC Kobenhavn en route to a 2-1 away victory.

However, the 24-year-old and Zilina’s selection of Nigerian talents won’t be progressing, as a 3-1 home defeat in the first leg sends the Danish heavyweights through for a meeting with Vardar.

Celtic reaffirmed their status as genuine heavyweights at this level with a 4-0 home victory over Northern Irish side Lindfield – completing a 6-0 aggregate triumph.

Summer signing Olivier Ntcham started alongside Scott Brown in the Scottish champions’ midfield for his debut before being replaced by Stuart Armstrong after 67 minutes. It was a commanding display by the Franco-Cameroonian midfielder – a £4.5 million addition from Manchester City – who has been tipped for big things.

One of the most eye-catching results of the round came in Poland, where Legia Warsaw flexed their offensive muscles with a 6-0 second-leg triumph over Finnish side IFK Mariehamn, ensuring they progress to the next round after a 9-0 aggregate success.

The crushing defeat spells the end of the road for Kenya international midfielder Amos Ekhalie, who will now focus solely on helping Mariehamn retain the domestic title they won for the first time last season.

Elsewhere, Ghanaian frontman Patrick Twumasi proved to be the difference-maker as Astana saw off Latvian side Spartaks Jurmala 2-1 on aggregate.

It was Twumasi’s effort – the only goal of the game -that settled the first match, and the 23-year-old opened the scoring in the return match back in Kazakhstan before Edgars Vardanjans equalised for the visitors.

Burkina Faso’s Cyrille Bayala was the hero for FC Sheriff, as his second-half effort saw the Moldovan side through on away goals at the expense of Albania’s Kukesi, who must have thought they’d done enough to progress after turning the tie on its head in the first half of the second leg. Bayala has been a revelation for Sheriff after consolidating a starting spot on the right wing, forging – alongside Congolese wideman Ziguy Badibanga on the opposite flank – a menacing wide offensive threat.

Red Bull Salzburg and their African duo of Diadie Samassekou and Amadou Haidara have advanced to face Rijeka in the next round after a 6-0 aggregate demolition of Malta’s Hibernians, while South Africa’s Dino Ndlovu scored twice as Qarabag downed Samtredia 6-0 to progress.