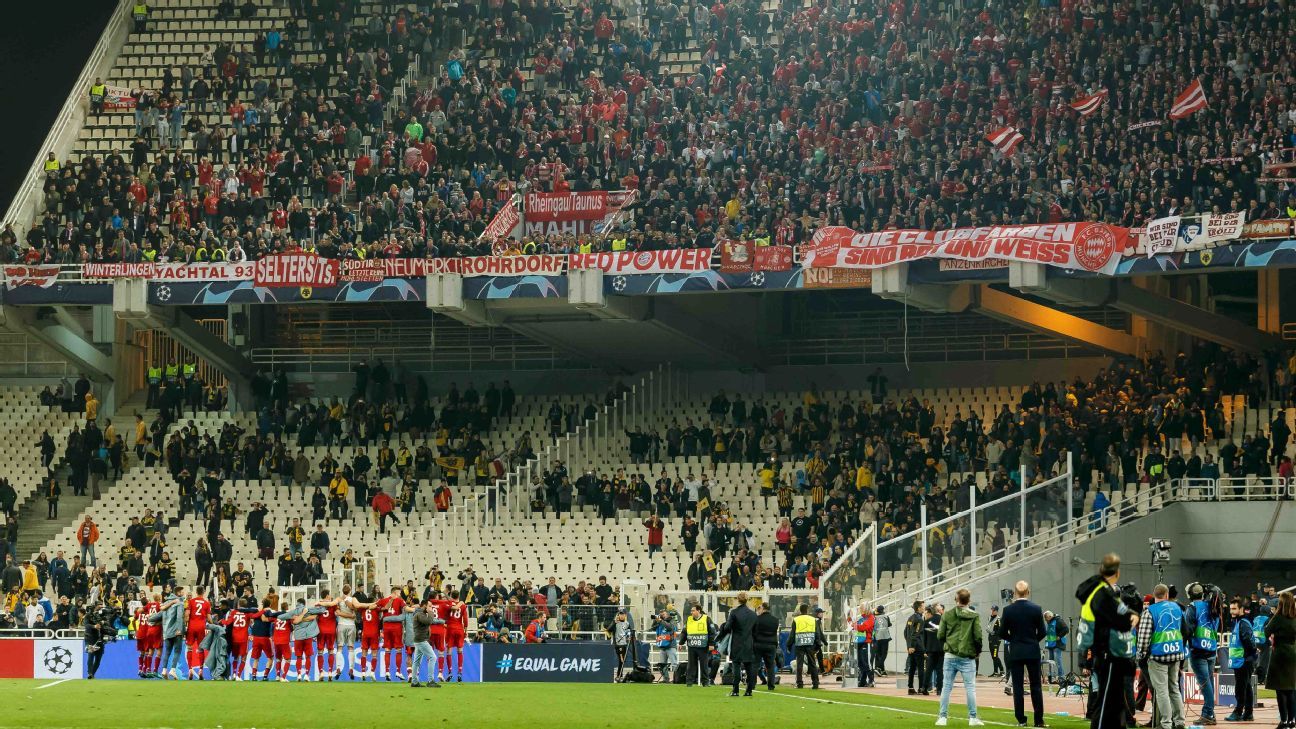 UEFA said its control, ethics and disciplinary body had ordered AEK to pay Bayern €10 euros for each of the 3,288 tickets sold to away fans “for the difference of the ticket prices between home and away supporters.”

It also warned AEK over the ticket price violation. The Greek team were eliminated in the competition’s group stage. They lost 2-0 to Bayern in Athens on Oct. 23.

In a separate case, UEFA fined the Greek Football Federation €10,000 for racist behaviour by Greece fans during their team’s 1-0 defeat to Estonia in the Nations League last month.

Pictures from that match at Athens’ Olympic stadium showed groups of home fans holding up a banner with a Nazi symbol while others burned a Turkish flag.

UEFA ordered parts of the stands closed for Greece’s next match at Crete’s Pankration stadium and a banner to be displayed there with the wording “#EqualGame” with the UEFA logo on it.