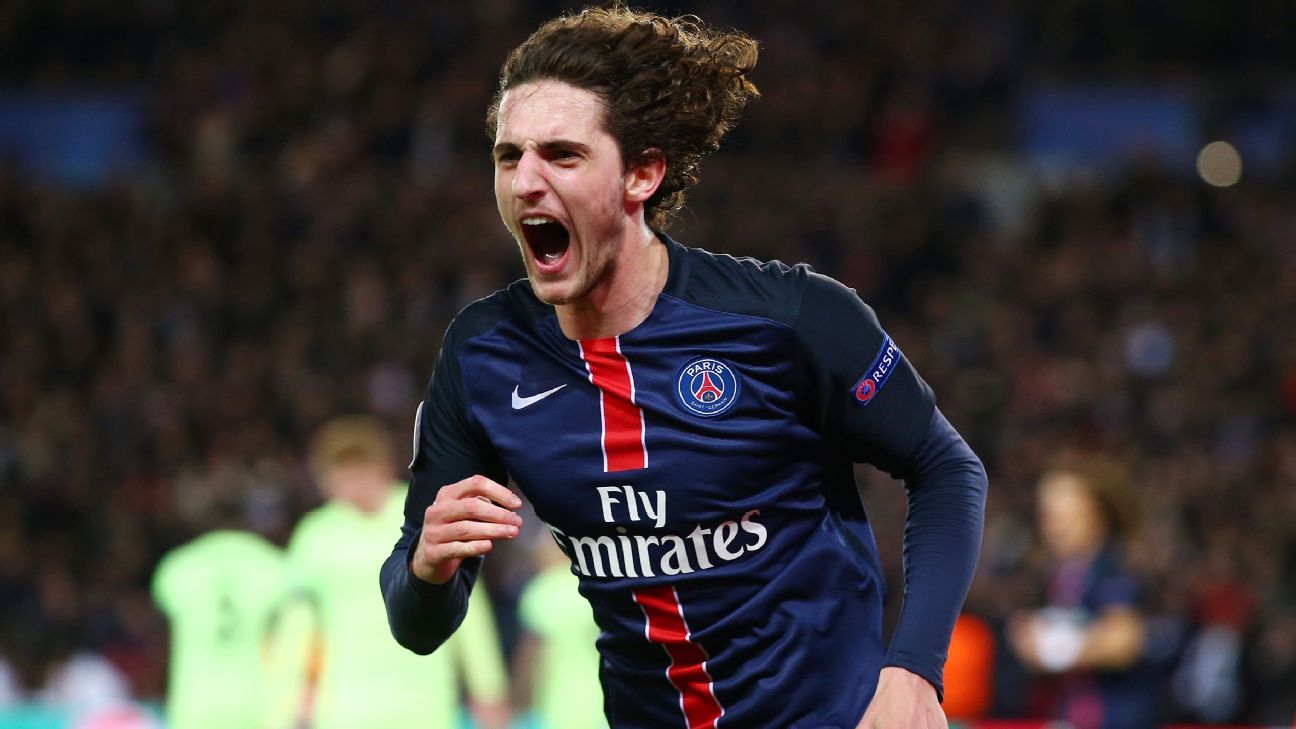 
CLAIREFONTAINE-EN-YVELINES, France — Paris Saint-Germain midfielder Adrien Rabiot has stated his “regret” at the “caricature of me as a young, immature player” and defended his decision to tell France coach Didier Deschamps he is unwilling to be a reserve for the World Cup squad.

“I suspected that my decision would have repercussions,” wrote the PSG man. “However, I regret the caricature of me as a young, immature player, who is unable to appreciate the severity of my own actions.

“Being a football player is my profession, but football is also my passion. For me to reach the highest level, I worked over and over. Everything that I have today was earned on the pitch. I also have a dream, like all players, to play for my country.

“Wearing the blue shirt is an honour for me, a source of pride. Winning with France, winning for France — it is a mission. Since I was 15, I have defended France’s colours across all youth categories up until senior level — I have French culture.”

Rabiot then went on to detail the progress made since being among the reserves during France’s Euro 2016 campaign on home soil and slammed Deschamps’ lack of “sporting logic” in leaving him out.

“I will not allow people to speak on my behalf when it comes to my relationship with the France national team,” Rabiot added. “Since my first call-up, as a reserve back in May of 2016, I have played for my club, PSG, a European giant, 88 times, 13 in the Champions League, scoring nine goals as we won seven trophies.

“If I decided to remove myself from the list of reserves, it is because I consider the choice of the coach, regarding me, to not correspond to any sporting logic because for all these years, club performances have opened the door to the French national team.

“I am a competitor at heart, but I am also a man and I would have liked to have been considered with this such title.”

Despite calling Rabiot “a boy” in an official communique regarding the situation earlier this week, PSG’s No. 25 thanked French Football Federation president Noel Le Graet for pointing out his “exemplary behaviour” at international level until this point.

“My stance has nothing to do with the players who have been selected,” said Rabiot. “Also, I thank Mr Le Graet, FFF president, for emphasising my exemplary behaviour with the national team over the past eight years.

“Ultimately, I own this, and I own the consequences of my choice with the support of my family and those close to me.”

Speaking with RMC Sport before Rabiot’s letter was made public, Deschamps expressed his hope that the midfielder would come to his senses and rejected the idea that his international career is finished while he is coach.

“I dare to hope that Adrien realises the mistake that he has made,” Deschamps said. “I can understand the disappointment. I do not imagine that the reserves are smiling.

“However, he must live with his choice. He is a young player, 23 years old, and this must serve him moving forward.”

“No [Rabiot’s international career is not definitively over], why? I am not going to anticipate what might happen. I am not somebody who takes extreme decisions. I have taken note of his choice with surprise. Now, it is up to him to live with it.”

Lyon star Nabil Fekir, who is in the squad, insisted that the Rabiot drama will not distract the group and did admit that he “understands” his compatriot’s disappointment.

“Adrien’s decision? I do not think it will impact the French national team,” Fekir said during a news conference at Clairefontaine. “Aside from that, as you know, he is a big boy — he has made his choice and taken a decision. Now he must own it.

“I do not think that it will impact France. However, I will add that I fully understand Adrien’s disappointment.”

PSG issued a statement backing the player’s work for the club, but the club tried to create distance over the ongoing debate of his spot in the national team.

“PSG have noted Adrien Rabiot’s statement regarding his withdrawal from France’s reserve list for the World Cup in Russia,” PSG said. “Outside of this very public debate, the club wishes to emphasise its particular link with the player, who arrived at the youth academy in 2010 and has grown through talent and character to become a major element in our professional squad.

“Very competitive in our colours, which he has already worn 207 times at just 23 years of age, Adrien represents one of the brightest flag-bearers for our youth development system.

“PSG does not wish to interfere in an issue concerning any of their players and their respective national teams. The club points out its deep commitment to the national teams and the values that they embody before wishing its French internationals all the best for the World Cup.”