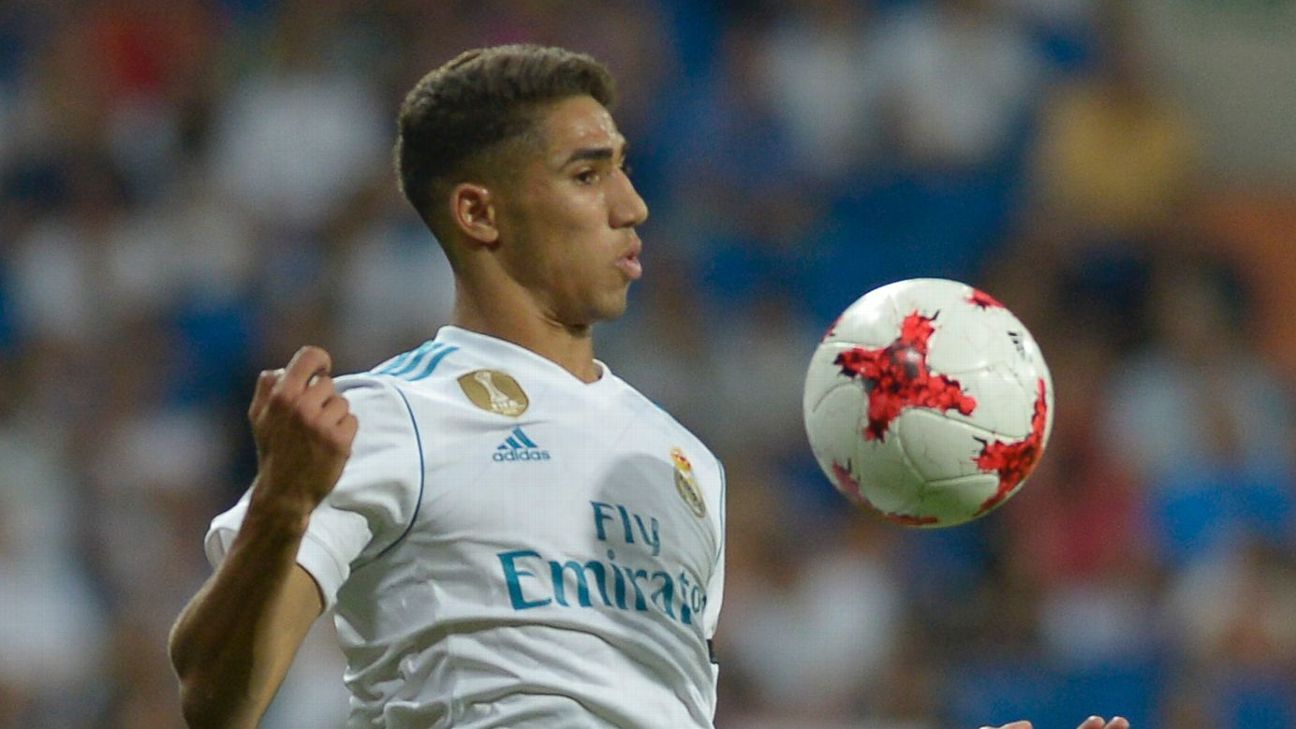 
Chances are not easy to come by at Real Madrid and even less so in the last few seasons if you happen to be a right-back. Dani Carvajal’s unassailable position as first choice has been as constant as the Spain international’s performance since returning to the Bernabeu from Bayer Leverkusen in 2013. His name is one of the first on any team sheet drawn up by coach Zinedine Zidane.

This has been particularly true at the outset of 2017-18, with Carvajal the only player to have completed the full 90 minutes of Madrid’s opening 11 games.

However, Zidane will be unable to rely on the defender’s incredible durability for at least a month after Carvajal was diagnosed with pericarditis, causing his endurance run to come to an end against Espanyol.

Having previously missed only 11 games through injury during the Frenchman’s tenure, the absence of Carvajal is almost uncharted territory for Zidane. Last season, Danilo was the nominal backup, but despite a marked improvement towards the end of his brief Madrid career, Zidane was never fully confident in his ability to deputise for the Spain full back. During one game last season Zidane went so far as to drop Lucas Vazquez back rather than turning to the bench-warming Danilo.

Eyebrows were raised on deadline day when it became apparent that Madrid were making no moves in the right-back market, but Zidane believed the answer to any potential period of absence for Carvajal was already in-house in the shape of 18-year-old Achraf Hakimi.

Not only did Zidane not move to replace Danilo, he also vetoed a loan deal for Achraf to spend the season at Alaves at the 11th hour.

The Frenchman is no stranger to bringing through youth talent, a legacy of his time working with the academy sides and managing Castilla, but those eyebrows were lifted to Carlo Ancelotti heights when Zidane confirmed Achraf’s promotion to the senior squad ahead of more experienced Castilla full-back Alvaro Tejero.

Clearly, Zidane had seen enough of the youngster to sway his opinion and the Frenchman has proved on several occasions that if you’re good enough, you’re old enough and if you’re not, you’re moved on like Martin Odegaard or his own son, Enzo.

“He was outstanding,” Zidane said after the 18-year-old’s debut against Espanyol. “Achraf has shown that he can play and I am not scared to throw him in going forward. He is the second-choice right-back and so if Carvajal is not available, he can play.”

Morocco coach Herve Renard clearly agrees. Achraf played the full 90 minutes for the Atlas Lions in their three latest World Cup qualifiers, scored his first international goal against Mali on Sept. 1 and had a hand in Khalid Boutaib’s hat trick against Gabon in an outstanding all-round performance last weekend. In all three games, Achraf was deployed at left-back. Such versatility is always a boon in any side and while the original jack of all trades, Nacho, can also fill in at right-back, it appears that Zidane is ready to entrust Achraf with the vacancy.

It will be a bold move but hardly out of character for the Real boss, who will be aware that Nacho’s last appearance in the role was in January against Malaga and that he filled in on the right only four times over the course of the previous three seasons.

While it may have been at a lower level, Achraf chalked up 10 assists last year in Segunda B and the UEFA Youth League with a couple of goals thrown in for good measure, an asset in his skill set that has been on display since his early days in the La Fabrica set-up.

Achraf’s ascent has been swift. He’s moved from the youth B team to the first team via the under-19s and Castilla over the course of just two seasons, and he now holds the rare distinction of having more international caps (4) than he has senior club appearances (1), something that will do his growing reputation within the club no harm at all.

That curious disparity seems likely to change in the coming weeks with Real embarking on a run of soft fixtures in La Liga against Getafe, Eibar and Girona with a Copa del Rey first-leg tie against Segunda B side Fuenlabrada also pending.

The Champions League double-header against Tottenham Hotspur will prove the real testing ground, both in terms of Zidane’s faith in his teenage defender and Achraf’s ability to rise to the occasion of European football. Having made the competitive step up for his country in recent weeks, Achraf now has the opportunity to show Zidane that he can handle the same responsibility for his club.