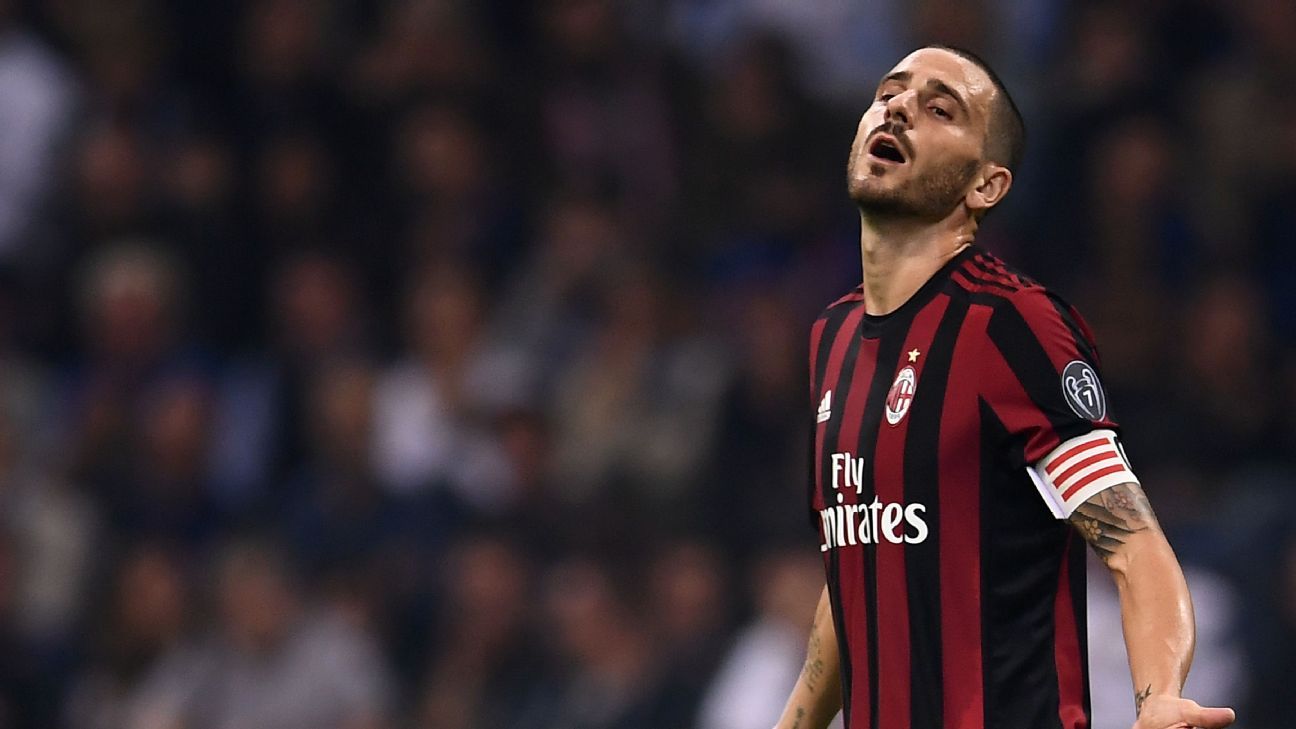 
AC Milan captain Leonardo Bonucci has apologised for the red card he received in Sunday’s 0-0 Serie A draw with Genoa, insisting there was no intent in his actions.

Bonucci was shown the red card after the video assistant referee spotted him striking Genoa’s Aleandro Rosi with his elbow as the pair tussled for the ball.

Rosi needed stitches in a head wound and Bonucci has consequently been banned for two games — meaning he misses the weekend’s return to his former club Juventus.

The ban could have been three games had the Lega Serie A’s disciplinary committee viewed it as violent conduct, and the Milan defender says he never meant to cause any harm.

“Having said that, I’ll accept the verdict. We’re in a technological era and freeze-framing can lead to this kind of evaluation. I’ll miss the game against Juventus and I’m sad about that, but it was clearly destiny. I have faith in my teammates to give me something to smile about.

“We need points because the league table shows that we’re losing too many, but with 10 men on Sunday, we saw the real Milan, with character, which you need to respond to your critics.”

Bonucci has had some critics following his move to Milan, but one person he did not expect to speak negatively about him was his mental coach Alberto Ferrarini.

Ferrarini told Radio 24 that Bonucci had “hit rock bottom” with the red card, adding that he felt “one chapter had closed and another is opening,” while saying how his “ego had sky-rocketed” following his move to Milan.

“I disassociate myself entirely from what Alberto Ferrarini said today, which does not reflect my thoughts,” Bonucci wrote on Twitter.

Bonucci also dismissed rumours he had offered to hand back the captain’s armband following Milan’s defeat to Sampdoria last month.

“I’ve not noticed any internal friction [at Milan],” he told La Gazzetta dello Sport. “The old players have welcomed the new ones really well. I and Riccardo Montolivo went out for dinner together the first evening I joined the squad in China.

“There are no problems and if there were to be any in future, they would be kept between us. Just like I never gave back the captain’s armband. I took this responsibility in the first place, with honour. There are many leaders in this squad and many captains who help each other out.”