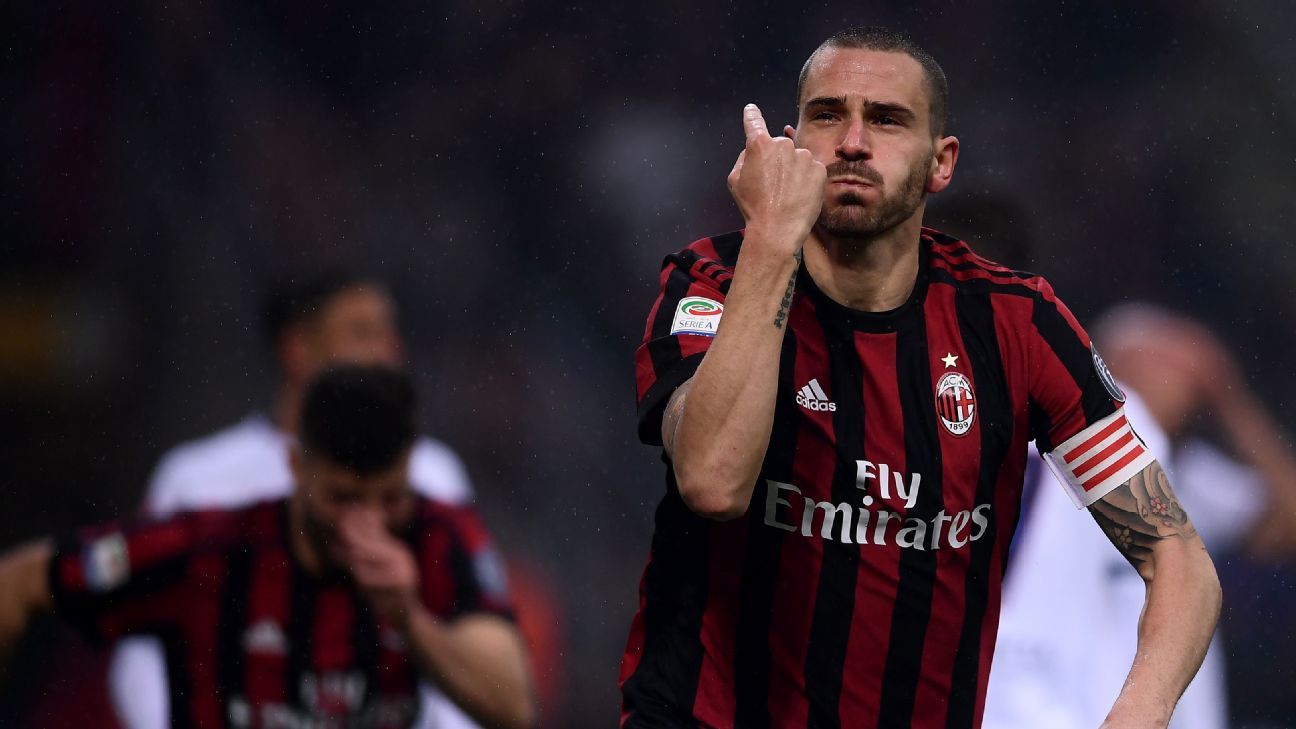 
AC Milan defender Leonardo Bonucci has expressed a desire to return to Juventus, the general managers of both clubs confirmed on Thursday.

However, Milan’s new general manager Leonardo said a deal would only be made on his club’s terms, while his Juventus counterpart Beppe Marotta said there is no room in the squad for the 31-year-old.

Bonucci completed a surprise switch to the Rossoneri from Juventus last summer following the club’s takeover, but recent reports in Italy suggested he is ready to make an immediate return, and both clubs confirmed the rumours.

“Certainly I have understood from the management of Milan that the desire and feeling of Bonucci is that he wants to return to the club where he played many years,” Marotta told Sky Sport Italia.

“At the moment, our defence is full, so if nobody leaves, Leo cannot return. On the other hand, there is great reciprocal respect with Leo, but I don’t want to go any further than this because, as I can only repeat, we are currently fine in that area.”

Sources told ESPN FC the two clubs are discussing the possibility of a swap move which would see Bonucci return to Turin and Caldara, who spent last season on loan at Atalanta, head in the opposite direction.

They are yet to agree on the respective valuations of the player with Juventus expecting to receive Bonucci and a fee for Caldara, while Milan feel Juve should pay them in addition to receiving the 24-year-old.

“I’ve met Juve’s bosses because Bonucci has put in a transfer request, so we’ll have to see if the negotiations go through,” he said at a news conference where he was officially presented. “It’s all down to a very considered idea he has about what he wants to do, and that started talks about whether it would be possible or not.”

Failure to comply with Financial Fair Play (FFP) rules had led to Milan being banned from competing in this season’s Europa League campaign before a change in ownership — which now sees the club managed by hedge fund Elliott Management — helped lead to a successful appeal.

Nevertheless, the club’s former midfielder insists they club are operating within tight parameters on the transfer market.

“We are very tied to Financial Fair Play, it won’t be a crazy market. We will try to be smart,” Leonardo said.

Meanwhile, the position of head coach Gennaro Gattuso has also been cause for speculation in recent weeks, with suggestions Milan had approached Antonio Conte to replace him. However, Leonardo insists there is no truth in this whatsoever.

“My point of view is that of the club’s,” Leonardo added. “Gattuso was the first person confirmed by Elliott in their statement.

“I hear talk of Conte, but this is normal. We are in the middle of the market and there is a top manager unemployed. No one [from the club] has ever spoken to Conte.

“There is Gattuso, who has grown a lot and we are going forward with him.”