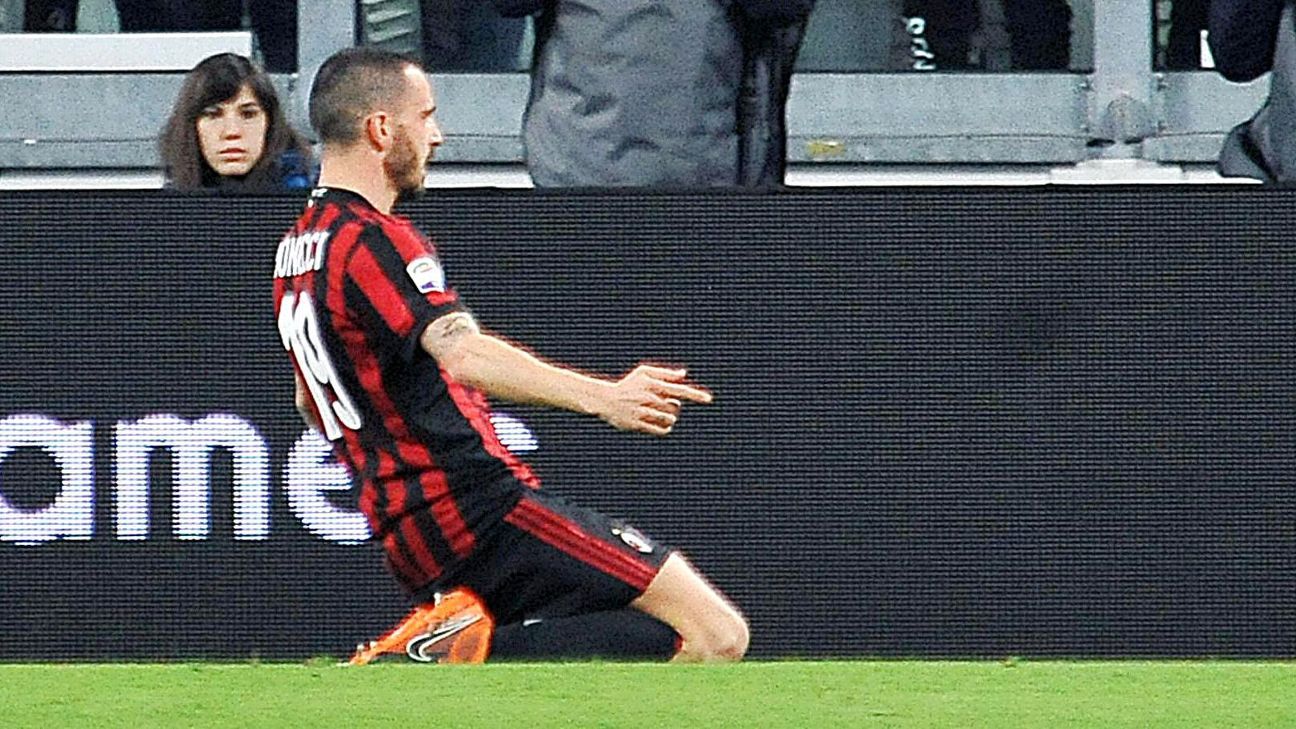 
AC Milan defender Leonardo Bonucci says he chose to celebrate his goal against former club Juventus at the weekend due to the frosty reception he was given at the Allianz Stadium.

Many Bianconeri fans have not forgiven the Italian defender for joining their rivals in the summer and they made their feelings clear before and during Saturday night’s 3-1 win for Juve.

Bonucci, who spent seven years with Juve and was part of the side which won six straight Serie A titles, admitted he had expected a different reception, and it was because of this that he reciprocated after scoring only his second goal for his new club, expressing his disappointment.

“You could all hear the way in which I was greeted back here,” Bonucci told Mediaset. “Before the game, I was in doubt as to whether I should celebrate or not, but in the end I decided I would.

“I always gave everything for Juventus, but then everybody has a right to believe what they want. It did hurt me a bit because paths can divide during your lifetime — it happens even with marriages — but there should always be a minimum level of respect.

“I and Juventus became winners together and now I’ll watch their game against Real Madrid as an Italian fan because Juventus still have a place in my heart.”

Bonucci’s goal was not enough to prevent Milan from losing their recent 10-game unbeaten streak, as Juve pulled four points clear at the top of the Serie A standings, taking another step closer to a seventh straight Scudetto.

“It’s a pity because we played well, but clearly we need to raise the bar,” Bonucci said. “We were found wanting a bit in the physical stakes, which is the thing which makes you more competitive with the more endowed sides in Europe, which includes Juventus.

“We’ve still got to improve a lot in that respect. But we must still believe [we can qualify for the Champions League], while it is still arithmetically possible. We need to focus on the derby on Wednesday now. We must win that.”

Goalkeeper Gianluigi Donnarumma is also looking ahead to Wednesday’s derby, which he sees as a “playoff for the Champions League.”

Inter, who currently occupy the fourth qualifying berth in Serie A, moved eight points clear of their city rivals and a victory for the Nerazzurri this week would effectively end Milan’s hopes with eight games of the season remaining.

“We wasted too many chances and it hurts, but now we must focus on our Champions League playoff,” he told Milan TV. “Juventus weren’t technically superior, they were just physically stronger and punished us at times when we should have done better.

“We are disappointed after the loss but must continue on this path.”