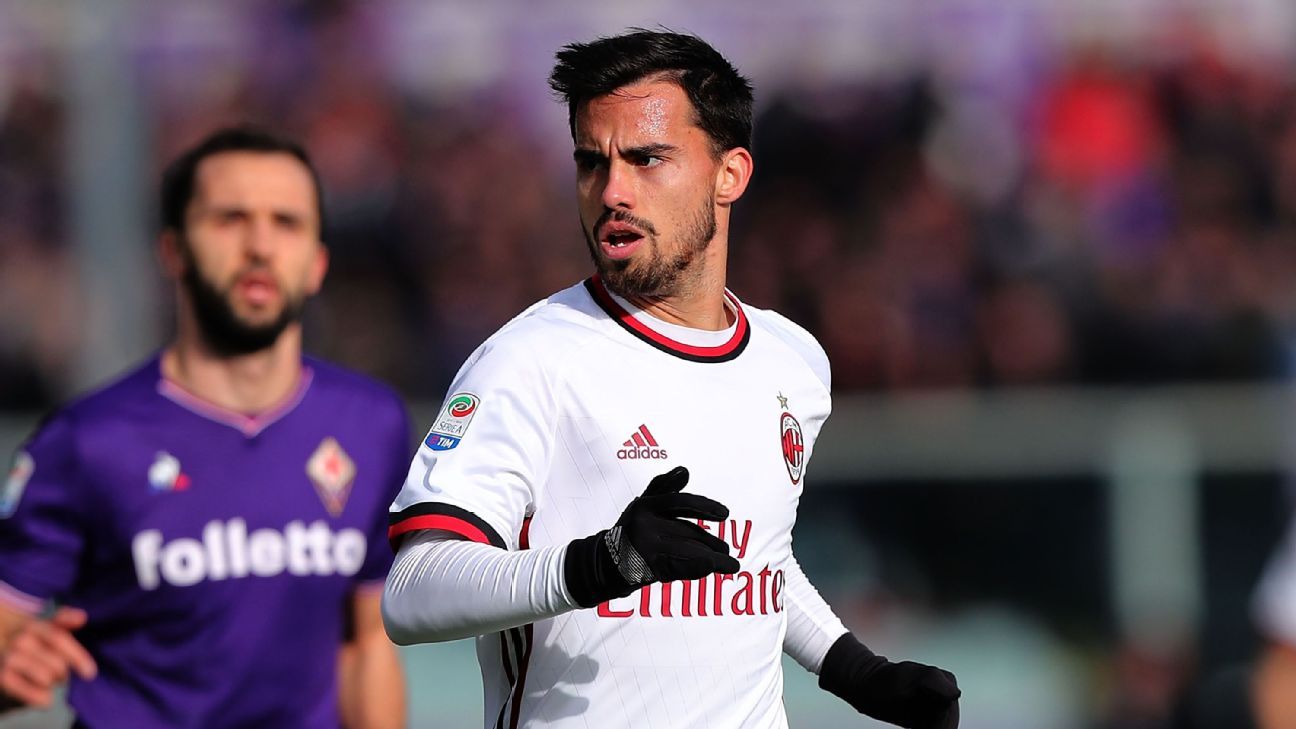 
While AC Milan have made improvements since Gennaro Gattuso took charge in November, their lack of goals and threat in the final third has been a major issue. Whether it’s changes in personnel or a tactical reshuffle, the Rossoneri may be forced into adjustments next season.

Ultimately, the numbers don’t lie: Milan have scored just 44 goals in 34 Serie A games this season, the lowest tally of the top-10 sides in the league.

To put it into a wider context, that’s 34 goals fewer than leaders Juventus, and their recently ended hopes for Champions League football next year can partly be attributed to managing just three goals in their past six games.

While the midfield has chipped in, it says a lot that Milan’s top goal scorer this season is 20-year-old Patrick Cutrone, with just 15 in all competitions.

Particularly in recent outings, the problem is beyond wastefulness and a lack of clinical edge in the final third. Milan are predictable, ineffective and inflexible in their attacking play.

Whether it’s Suso cutting in from the right flank and delivering a weak cross into the box or Ricardo Rodriguez lofting in hopeful crosses from the left, there is a real sense that Milan lack any real flair, vision or out-of-the-ordinary individual quality to make the difference.

It seems strange that it is such an issue considering Gattuso has often had Hakan Calhanoglu, Giacomo Bonaventura and Suso on the pitch at the same time supporting his main striker. There is arguably enough attacking quality there to be more prolific and carve teams open.

The individuals in question have to accept responsibility too, as along with Franck Kessie’s poor decision-making in dangerous positions to Lucas Biglia’s inability to offer any real offensive threat, it has all contributed to Milan’s blunt attack.

Combine that with Andre Silva and Nikola Kalinic failing to produce consistently, and it has all led to real frustration with Milan’s attack as they now hope to at least land the Coppa Italia as well as secure qualification for the Europa League.

So how do Milan solve their issues up front? With an obvious lack of pace and movement in the wide positions to stretch defences and go through the gears to offer a different type of threat, a new winger this summer will be crucial.

Whether the Rossoneri opt to sell any of their current stars will also have an influence, with Suso’s future continuing to be a talking point. While there’s no denying that the Spaniard is talented, questions can be raised over his inability to be the main creative player given his inconsistency and poor displays in big games.

Milan place a huge amount of responsibility on his shoulders, but he hasn’t been as decisive as he has to be given how much of the ball he sees week in and week out.

Bonaventura has looked a shadow of his previous self for the past few months, and although Calhanoglu has certainly made massive improvements to his game, more will be needed from him too. Further, while he works tirelessly for the team, whenever Fabio Borini is deployed in an attacking role it’s going to be a struggle.

Away from personnel, tactical changes could also be crucial. Following on from a disastrous switch to a back three at the start of the season, Milan have settled back into a 4-3-3 that they’ve adopted for a few years now.

Reports in Italy in recent weeks have suggested a 4-3-1-2 could be used next season, and in truth, that could perhaps be an ideal switch.

Gattuso is limited this season with a lack of depth at his disposal. With a need to obtain results immediately, he hasn’t had the luxury of time to experiment.

However, with Leonardo Bonucci and Alessio Romagnoli forming an important partnership in the heart of a back four, Biglia and Kessie providing the defensive coverage and penetration from midfield along with Bonaventura, that could allow Milan to maintain their impressive defensive solidity.

Looking at the problematic end of the pitch, Calhanoglu could work in a more central role where his qualities can be used more effectively to pull the strings with his vision and passing range.

Pair that with a striking duo who can work well together, be it peeling off to provide width and space for others to exploit and a top goal scorer to add a clinical touch in the box, it may give different dynamics for Milan to play with to make them less predictable for the opposition.

Should their struggles continue between now and the end of the season, it should become apparent to all concerned that tweaks will need to be made. Whether that’s buying players to fit into the current system or a departure from the 4-3-3, something surely has to change for Milan’s attack next season.