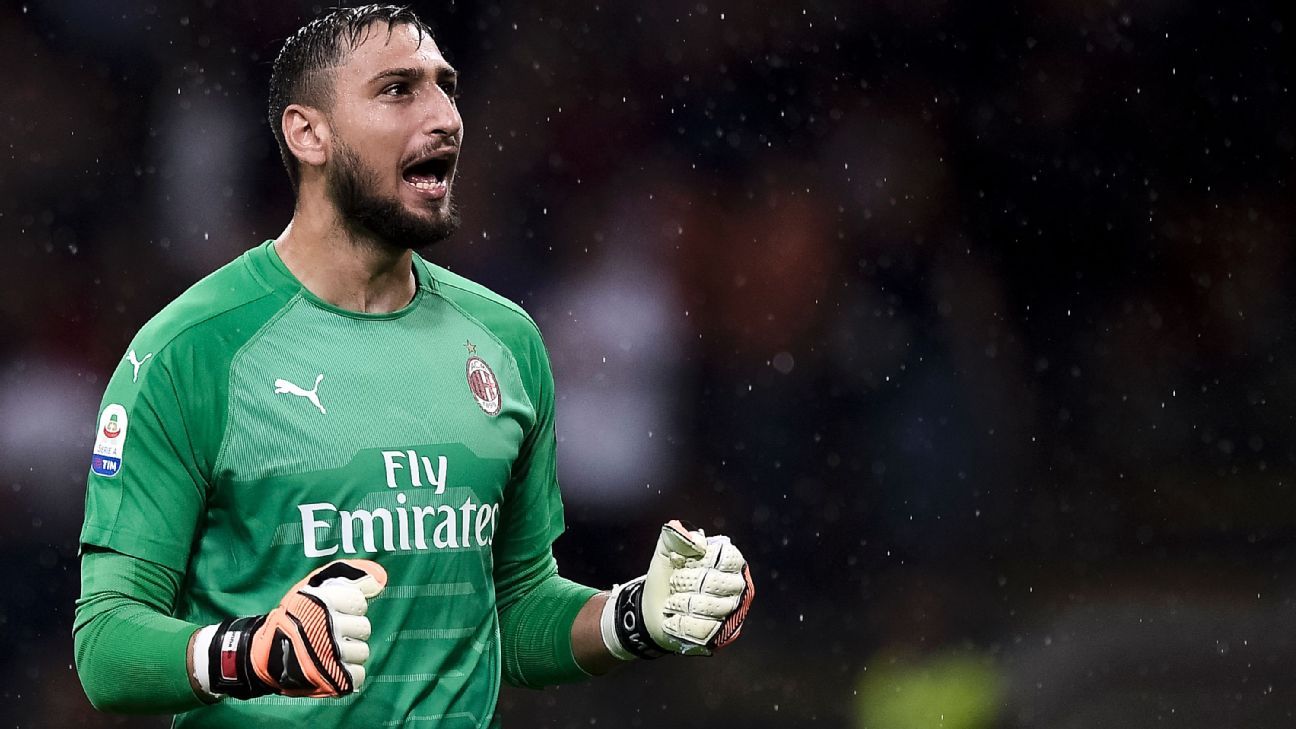 
AC Milan goalkeeper Gianluigi Donnarumma has said that having Paolo Maldini and Leonardo back at the club is proving inspirational for him and his teammates.

Maldini was appointed as development director after Leonardo was named as the Rossoneri’s technical director this summer, while Kaka was also in attendance for Milan’s 2-1 win over Roma on Friday night as he too is in line for an eventual return to the club.

Having such figures in close attendance is just one of the reasons Milan’s future is looking brighter, according to their 19-year-old goalkeeper.

“Their presence pushes you to give all that you’ve got,” he told Sky Sport Italia. “It was very exciting. We want to get Milan back where they belong and we’re all trying hard together.”

Friday night’s win came off the back of a 3-2 defeat at Napoli which had drawn what Donnarumma felt was undeserved criticism.

“We’re really a great group of players and we were really desperate to win,” he said. “We wanted it all from start to finish.

“I always accept criticism and I try to respond. I’m a down-to-earth lad, I work very hard without being distracted by anything. I give my all in every training session.”

Milan remain in the bottom half of Serie A, despite Friday night’s win, although they have a game in hand over most of the teams above them and are just three points off third place.